Staff member
Hello all, here is today's article posted on TheArmoryLife.com. It is titled “America’s M1 Carbine vs. the German StG44” and can be found at https://www.thearmorylife.com/m1-carbine-vs-stg44/. 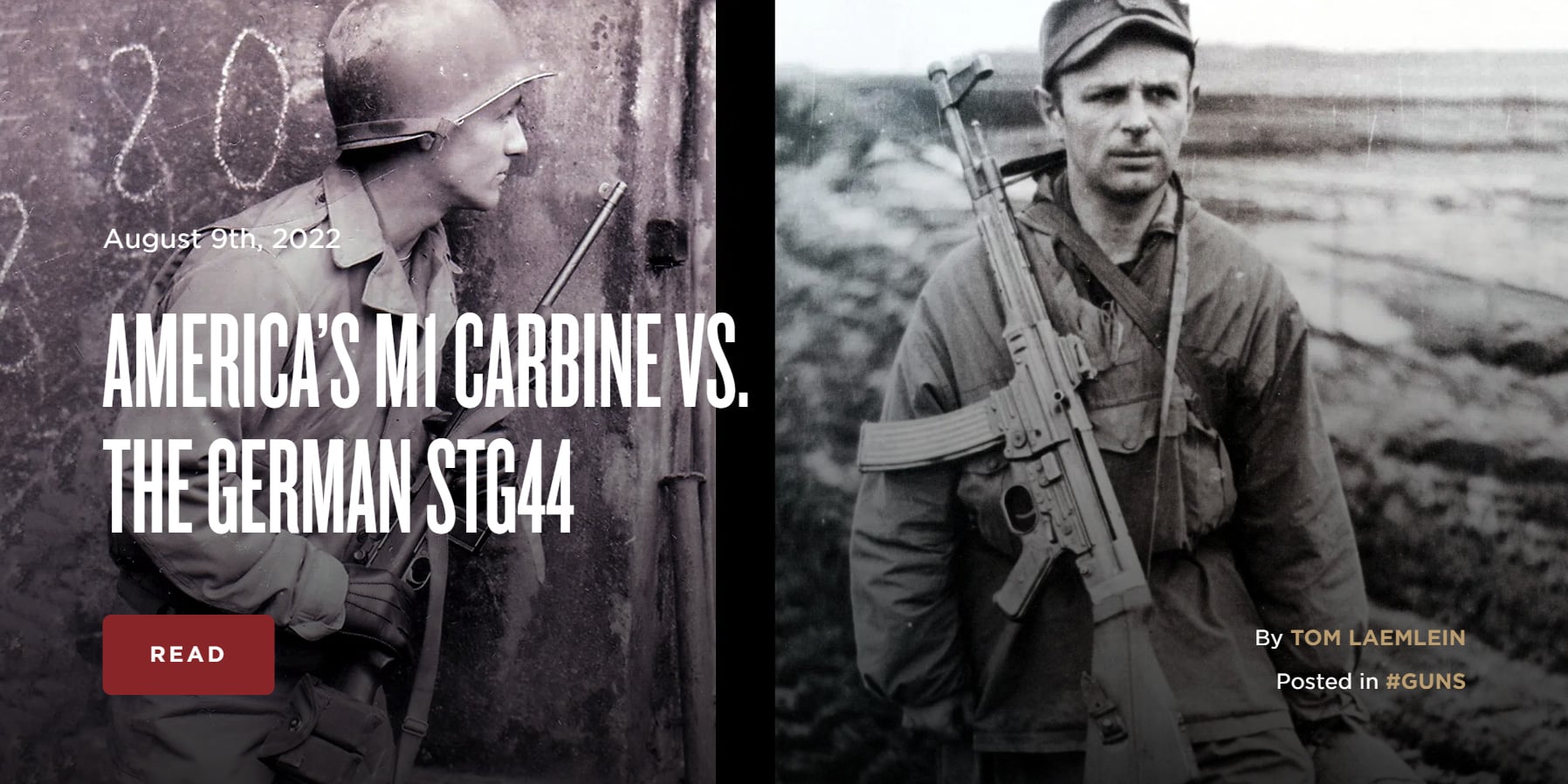 Mike H. said:
Hello all, here is today's article posted on TheArmoryLife.com. It is titled “America’s M1 Carbine vs. the German StG44” and can be found at https://www.thearmorylife.com/m1-carbine-vs-stg44/.

Added after this initial pistol but after reading. Great article, kits of background and information. They made the comparison more interesting and logical than I initially thought it would be.


Without reading it, I will it sounds interesting, my first initial thoughts are. Its hard to compare the two as they were intended, to my knowledge, for differing roles. The M1 carbine was designed to basically increase the fire power of support troops over the pistol. Obviously it's role ended up way beyond this, but those were the parameters it was designed for.

The STG44 was designed as a intermediate caliber main battle weapon, not to be be confused with the full power battle rife, but to replace it in many applications, but it was bever issued in large enough numbers to make a huge impact.

This is what I was taught about them both. Will be interesting to read a comparison.
Last edited: Aug 9, 2022
A

GREAT ARTICLE, I OWN A US POSTAL METER M1 AND LIKE IT, HAD A CHANCE TO FIRE THE STG44 AND LIKED IT BETTER THEN THE CARBINE FOUND IT WAS EASY TO AQUIRE A TARGET AND THE POWER TO ENGAGE IT ONLY PROBLEM WAS FINDING AMMUNITION, GOT ENOUGH TO LOAD TWO MAGS, IT WAS A PLEASURE TO SHOOT. I CAN UNDERSTAND WHY THE GUYS PICKED THEM UP IN THE BATTLEFIELD AND USED THEM. POLICE OFFICER FOR OVER 35 YEARS AND HAVE HAD A CHANCE TO FIRE ALL DIFFERENT WEAPONS FROM CIVIL WAR TO LUGERS BROUGHT HOME BY RELETIVES AND FORGOTTEN ABOUT. LOVE THE GERMAN GUNS!!
You must log in or register to reply here.
Share:
Facebook Twitter Reddit Pinterest Share
Top