Going Full-Auto with an Italian .308

Staff member
Hello all, here is today's article posted on TheArmoryLife.com. It is titled "Going Full-Auto with an Italian .308" and can be found at https://www.thearmorylife.com/going-full-auto-with-an-italian-308/. 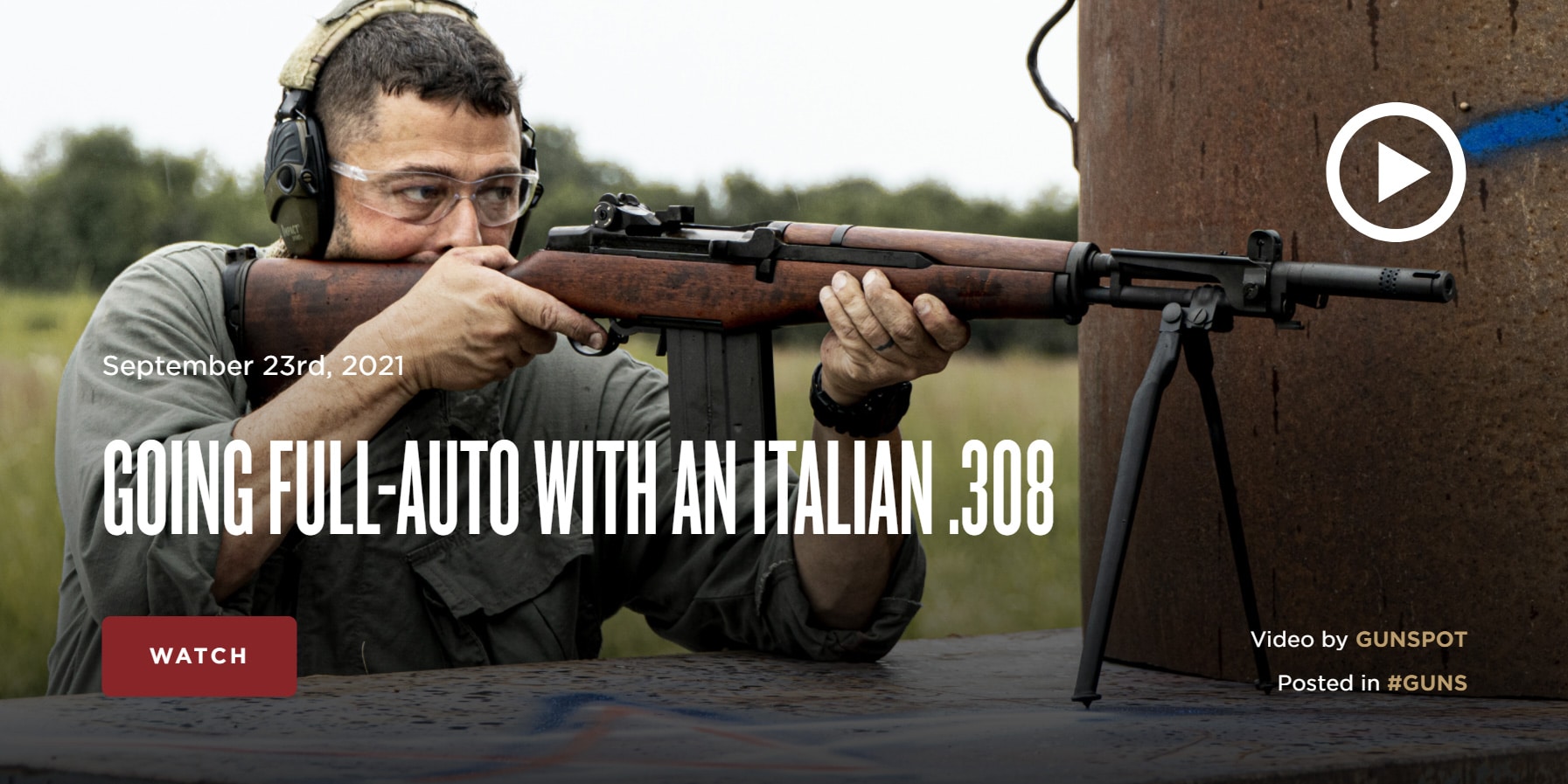 Bolt release is in a great location!

A little trivia. After WWII, 20,000 M1s were "loaned" to the Danish military. But to meet NATO's demand for more rifles in the early 1950s U.S. gave Beretta Winchester's machinery and drawings. Beretta made M1s for several European and Asian countries, but the most frequently encountered PB made rifle you see today are the ones made for Denmark. In 1998, about 17,000 of these "loaned" rifles were returned to the US Army. While in Denmark, many of the rifles were used enough to require new barrels and/or other parts. Many of these returns had excellent Danish produced barrels that are "VAR" marked with the royal crown. VAR Barrels are known for their superior accuracy. CMP made these returns available through their program. You'd get a U.S. made receiver that had Beretta parts and a Danish VAR barrel. I'm not sure how the Beretta made M1 receivers ended up here, but you'll occasionally see one for sale.
A