Staff member
Hello all, here is an article for discussion that was previously posted on TheArmoryLife.com. It is titled Outside My Comfort Zone with the XD-E and can be found at https://www.thearmorylife.com/outside-my-comfort-zone-with-the-xd-e/. 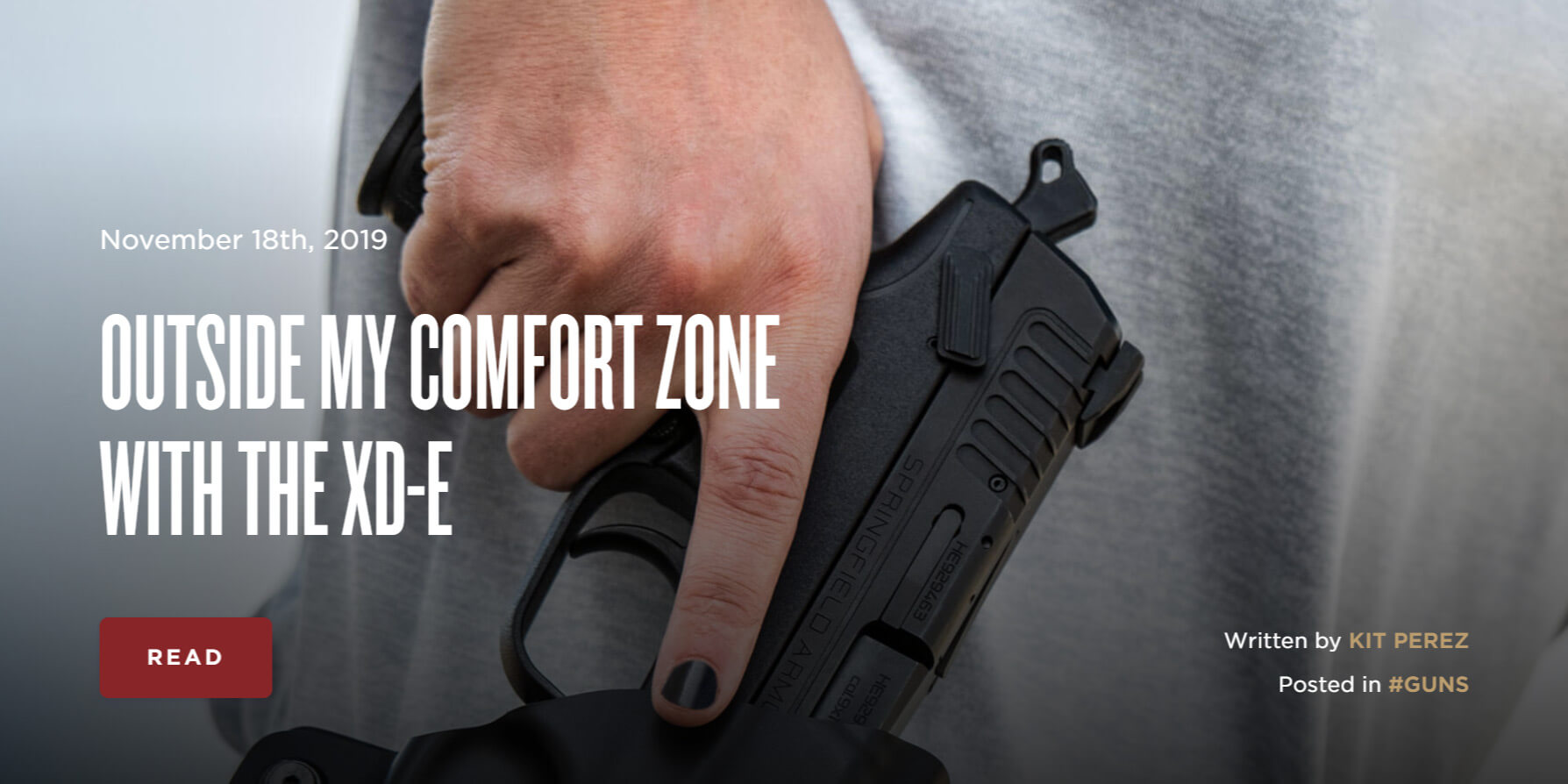 Founding Member
Great post Mike, Like the author, I've started moving from exclusively striker fire guns, to buying some hammer fired pistols. Not counting my 1911's, I've recently bought some Beretta 92's, CZ's and most recently, the Springfield Armory XD-E 3.3" 45 caliber. It's a great feeling gun and I like the different options for carry with one in the chamber. I haven't had any range time yet with it (I just picked it up before the pandemic hit, but it came with holster, mag pouch, and soft case all enclosed with the pistol in a hard case). I'm looking forward to firing it when ranges open up in my area.
S

Founding Member
Thanks for the link, Mike. I really like the XDe, and am patiently wating for SA to add a hammer to the Hellcat.

What they said.
A

Founding Member
Why not a 40 cal. XDE.
M

I'm 51, so when I bought my XDE in .45ACP on its' release, it was like coming home. I grew up during the era of revolvers and (later) DA/SA pistols. So when striker-fired pistols came out, that was an adjustment for me rather than adjusting to DA/SA. In fact, I specifically bought the XDE rather than snapping up an XDS on that release, because I love hammer-fired pistols. In fact, I don't believe I'll ever buy an XDS now, now that the Hellcat has come out. But I love my XDE and I deep conceal it to church in the summertime when I forego a suit coat, yet I still carry two extendo-mag spares on me, and keep an additional two pinky-rest spares in my computer bag.

With violent assaults on churches increasing, and radical marxists vowing to destroy churches and kill Christians since the death of George Floyd, now more than ever having compact & effective defensive tools are de rigeur for every church's security team!
You must log in or register to reply here.
Share:
Facebook Twitter Reddit Pinterest
Top