The First Russian-Ukrainian War … of 1919

Staff member
Hello all, here is today's article posted on TheArmoryLife.com. It is titled "The First Russian-Ukrainian War … of 1919" and can be found at https://www.thearmorylife.com/the-first-russian-ukrainian-war-of-1919/. 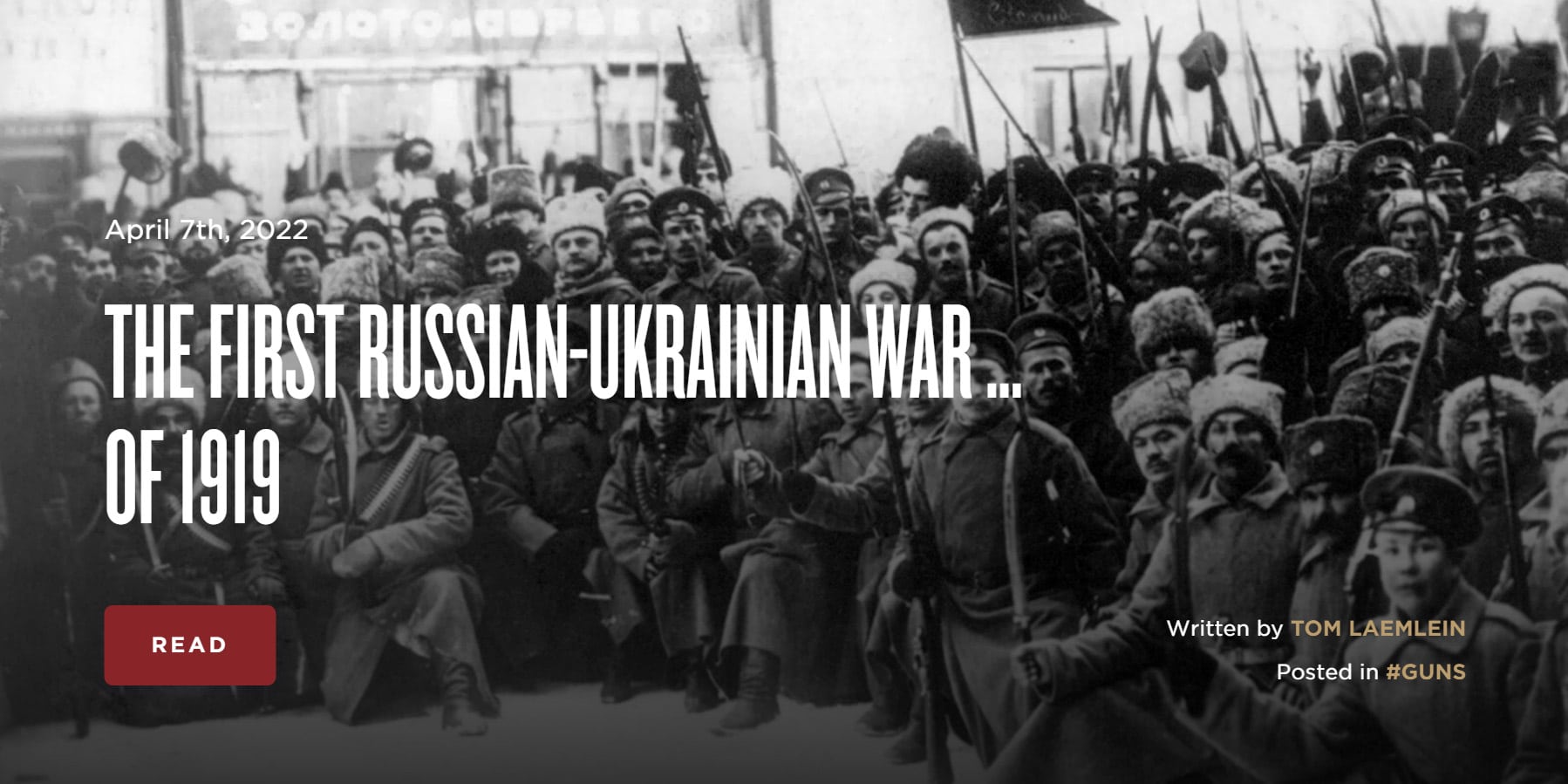 Timely article, thanks! Ukraine's vast resources and fine farmland make it a target for the bad guys.
C

Let’s not forget the starvation of 5-10million Ukrainians in 1932-1933 by Stalin, also known as the Holodomor. Ukraine has been fighting a continuous battle of survival mostly against the Russians.
Thanks for this article, very well written.
I

I'm surprised the post didn't mention the Anarchist Black Army commanded by Nestor Mahno. They were one of the most powerful forces in the war and were instrumental to it's outcome. They had genuine support among the impoverished rural population and developed extremely agile innovative tactics that frustrated other forces involved. They moved very quickly using surprise attacks and ambushes and they are believed to be the first to mount a machine gun on a horse cart (one idea is to confuse the enemy about how many machine guns the opposing force had).

Unfortunately they made a mistake of aligning with the Bolsheviks (who were originally a minority of a small Russian Communist party), mistakenly believing that they shared the goal of supporting the working class. The Black Army stopped the advance of the White Army on Moscow (who tried to restore either the democratic provisional government or the monarchy, depending on the units involved). That way they saved Lenin and Trotsky from annihilation. Later on they captured Crimea and handed it over to Bolsheviks. Bolsheviks invited the Anarchist commanders to a conference to congratulate them with their victory. Upon arrival Black Army commanders were arrested and immediately executed.

Then Bolsheviks proceeded to exterminate the Anarchists. Eventually Nestor Mahno fled to Poland and then to Paris where he died in obscurity.

To be fair Anarchists of Mahno's type were not much better than the Bolsheviks, but they did have genuine concern for the poor. Bolsheviks just tried to seize absolute power with as much violence as it took. It took over 10 millions dead and the destruction of agriculture and much of the infrastructure in Ukraine. The forces fighting for the Ukrainian state would have a chance with more support from the US and Britain.