Guess I'm making a new thread since I can't edit the OP of my first one. 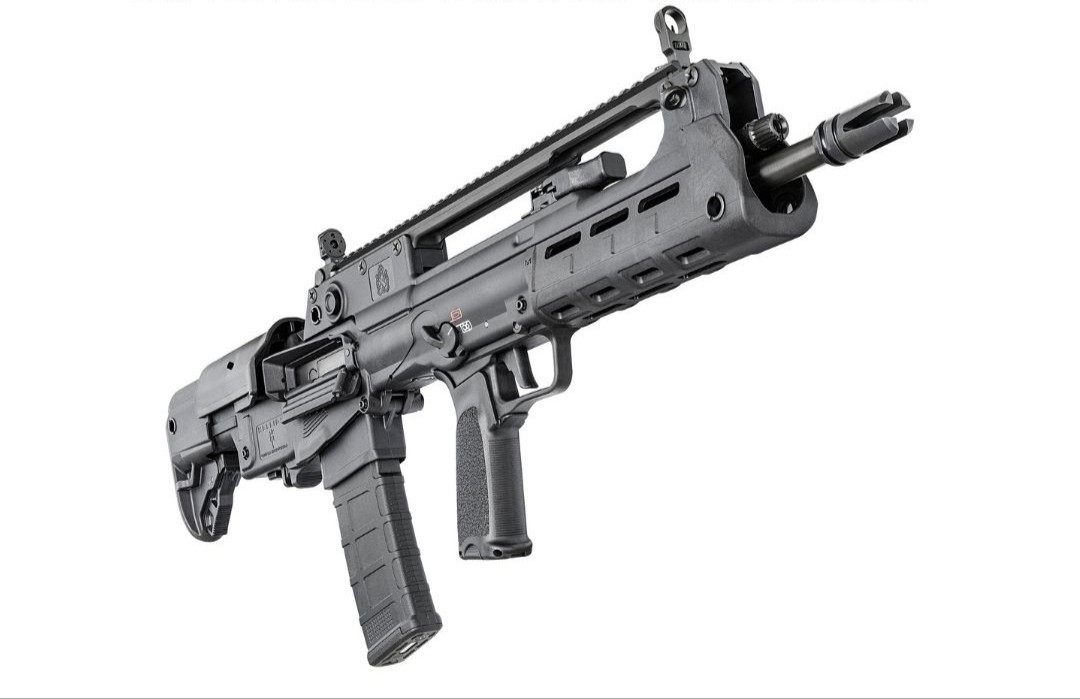 RECOIL Magazine let the cat out early and put in the official tagline of the Springfield Armory Hellion on their giveaway contest earlier this afternoon.


Answering the call for superior ballistic performance in a short, adaptable platform Springfield Armory is proud to announce the Hellion. Featuring a “bullpup” configuration where the action is located behind the trigger, the Hellion features an overall length of just 28.25-inches while still possessing a 16” barrel. The Hellion sports ambidextrous controls that work in concert with a reversible case ejection system, allowing it to be easily fired from either shoulder. The result? A 5.56mm that combines portability with performance.
Click to expand...

Okay, here's what we know or can see before tomorrow:

- PMAG compatible
- AR pistol grip compatible for non-Californians
- M-Lok rail slots (new feature compared to the VHS-2)
- Reversible ejection for wrong-handers
- Looks like the first models will be the 16" barrel -K versions
- Most models might still have adjustable LOP(?) don't know what the case is for restricted states
- MSRP: $2k (oof)

Founding Member
A semi-auto version of the Croatian Service rifle.

Whoops, I forgot the way this forum works, I can't edit my posts that were before others' replies.

Anyways, I've got some things to say about how things are turning out so far, but I'll reserve them for after SA makes their announcements and provides the model details on their site.
4

Founding Member
MSRP is a couple hundred higher than I had hoped, but not horrible.

Assuming demand dies down its not hard to imagine these will carry a street price of around $1700...of course if they end up not selling well they could get cheaper.
B

Founding Member
I'll pass on it. I have an AR-10, beyond that I'm more of a precision rifle guy.

4FishLimit said:
MSRP is a couple hundred higher than I had hoped, but not horrible.

Assuming demand dies down its not hard to imagine these will carry a street price of around $1700...of course if they end up not selling well they could get cheaper.
Click to expand...

If its $2000, that is AUG and Tavor territory.
Hopefully is a cheaper option than my AUG 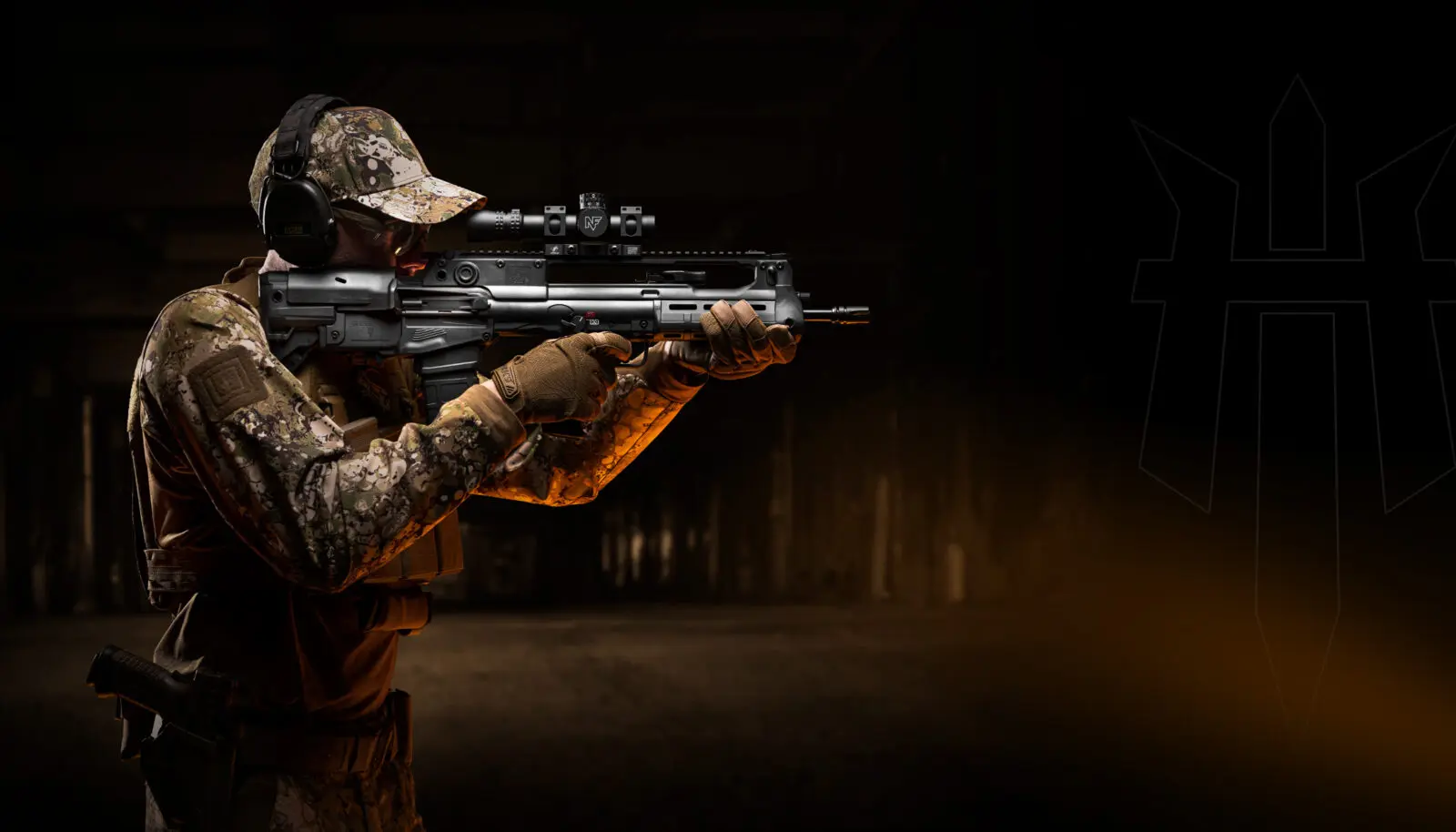 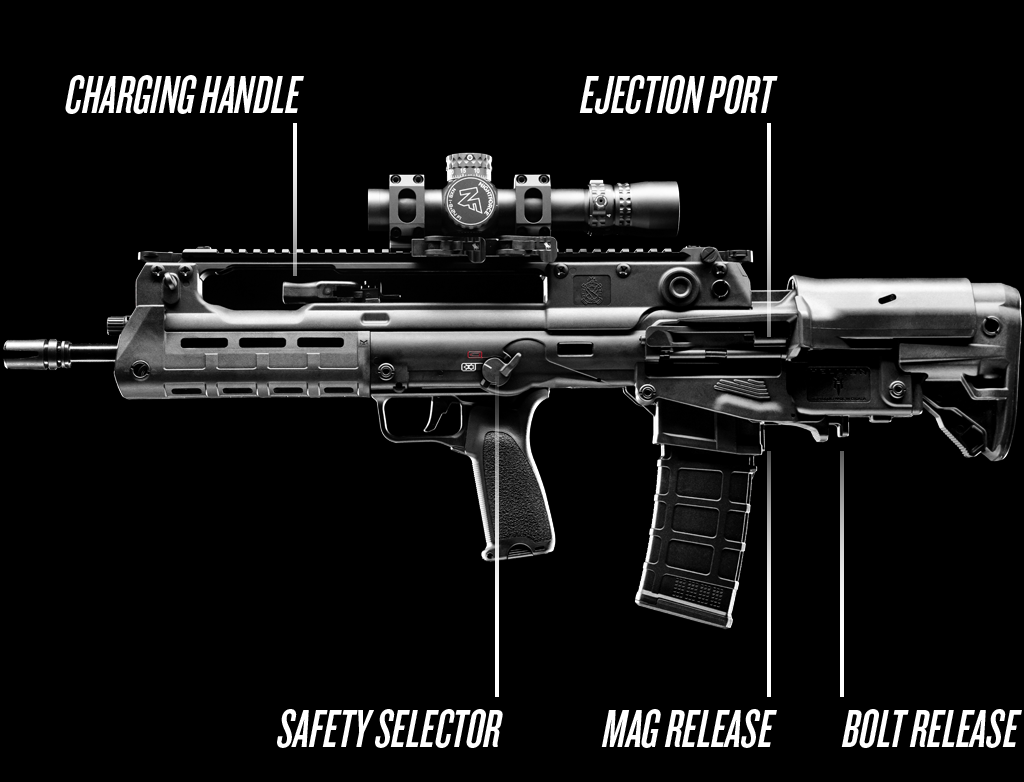 I'm a little skeptical about that bolt release for empty mag reloads.

MSRP confirmed at $1999, looks like the initial offering is the 16-incher only.
I don't see a restricted-state version of it yet at all.

Buy VHS2 Bullpup | Springfield Armory Hellion: GunBroker is the largest seller of Semi Auto Rifles Rifles Guns & Firearms All: 921531873
www.gunbroker.com
First one's up on Gunbroker if you feel like getting ripped off for twice or 2.5x MSRP.

That’s what I paid for my AUG.

Unless the price drops, hard pass.

From the looks of xdman's thread, there seems to be a little confusion about details on facts regarding history, as well as operating+conversion procedure. Here's to hoping that this sort of thing doesn't start causing problems with misuse and avoidable reliability problems, and a subsequent undeserved reputation from not being completely idiot-friendly.

I'm somewhat in agreement with HansGruber about price. The VHS-2 is relatively unknown in the North American industry, and pricing to follow that trend would make much more sense, rather than assuming that the luxury boom economy will provide for those import sales numbers. Sure, SA will net
me and
a lot of the people who are looking for the exclusivity of something so unique now, but that's a short-term boost only. Down the road, people are going to walk into the bullpups on display at their LGS and compare it with the X95, you know, the one that's not that AUG but is also a service rifle and sells for far less.

Unless the Hellion trumps up a reputation for being perfect and totally unbreakable and completely brainless to use (never the case since most people come from ARs), it's not going to justify itself for the completely higher tier of premium it presumes to command. TL;DR: "presume" is about right. That's a really presumptuous price.

It also doesn't help that whichever marketing manager green-lighted the Hellion name obviously had a totally different idea of who the bullpup ought to be sold to. People who will shell out $2000+ for an imported service rifle aren't going to care about whatever extra flavor Springfield Armory has added to the mix, aside from the necessary AR15 mag compatibility. They want the VHS-2, and a lot of shops are billing it that way anyways. The only real benefit of the Hellion name is it's slightly easier to search for on the Internet. Which I guess is the only thing that matters????????

I was chuckling and shaking my head at the Armory Life video article trying to put the Hellion in the same line as the 1903+M1+M14. Not a very well-executed appeal to authority there...

Okay, now as for me? I think I want to find out if this is a one-and-done deal, or if there's been more preparation to bring the 19.7-inch barrel -D version over as well. That one would also be more feasibly converted into a California-legal version, as well legal for Canada (assuming approval). The carry handle with its integrated optic would also be a curious thing to try out, but it's not going to be a high priority for anyone.

I'd be coming over from a Desert Tech MDR to this as my 5.56 driver, so there's a slightly different manual of arms and optics setup as obstacles for me. I'd certainly appreciate things like a less intense recoil impulse from not having to operate a complex ejector, as well as service from a larger manufacturer working with notes already learned by HS Produkt. However, time is on my side, and there is that Senex Arms MBLR-15 that's getting featured at SHOT which advertises a little bit of potential next year...

Note to self to maybe post my MDR on here at some point, could make for good reference material

I just checked at the 4 largest distributors none of them have a single tavor or Aug……the 12ga I can get you.

Even on guns.com these guns are not significantly cheaper even with the sale going on.

I hate to burst everyone’s bubble for a bullpup the Hellion is right in line price wise with its “combat/military proven bullpup“ competitors. Keltec thats a different story they beat everyone price wise. 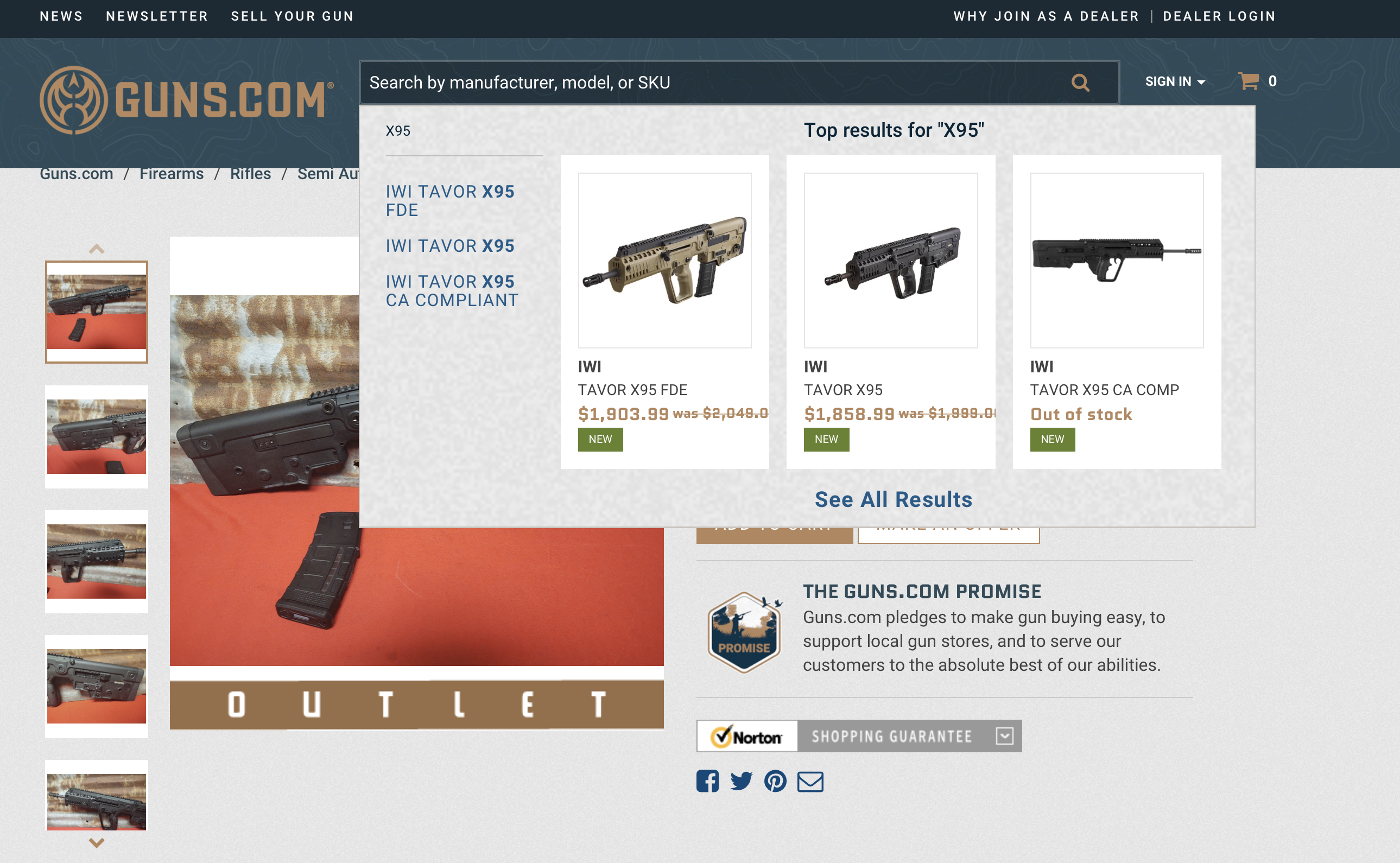 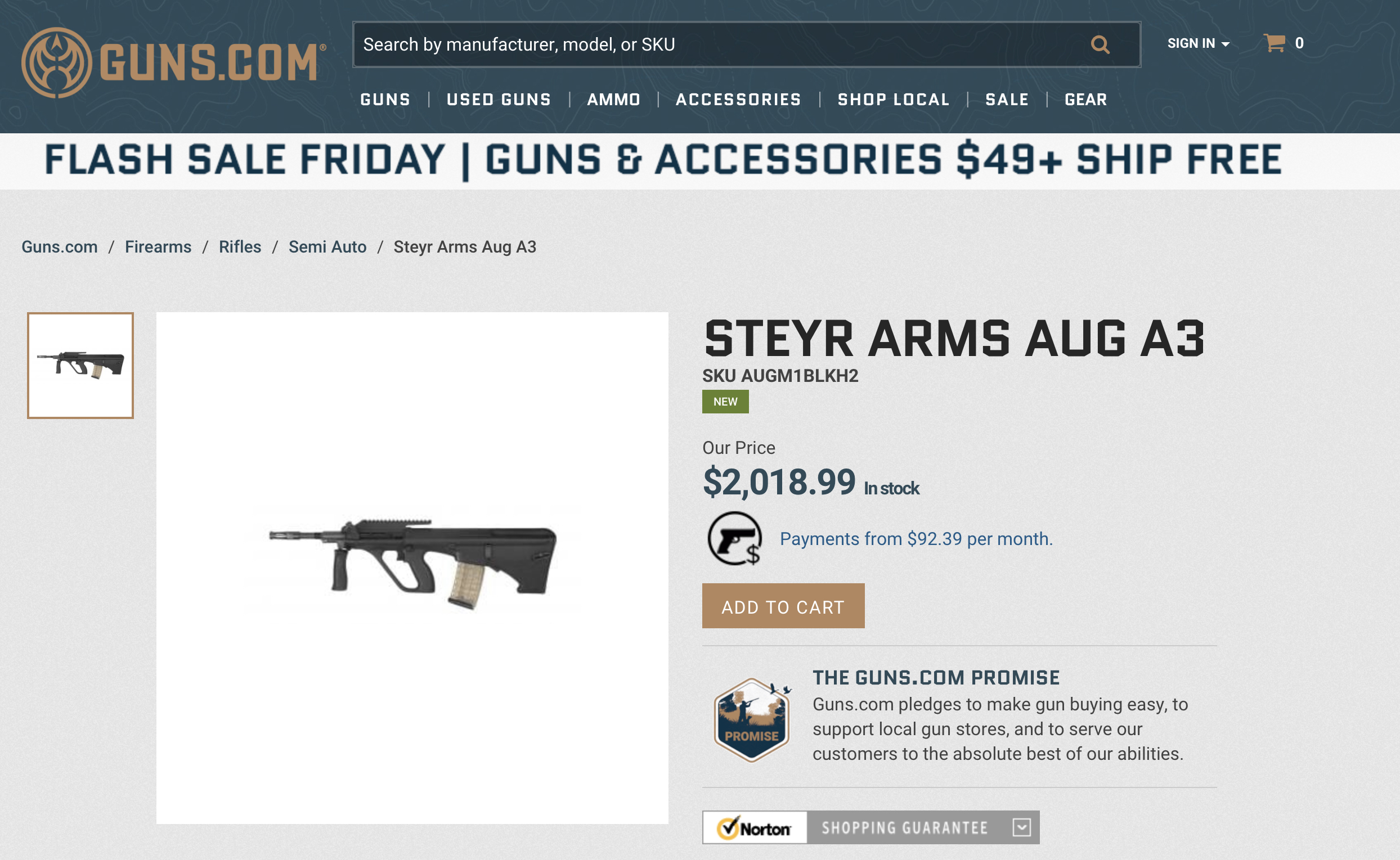 Staff member
Actually went to the websites for Styer And IWI I don't see the savings. At one time I paid 99 cents per gal of gas…..that will never happen again. If you bought during non panic times keep them, because replacing them will cost you. Thats even with me being 30 miles up the Rd from Styer USA these two guns are basically non existent. I am scared to check gunbroker. 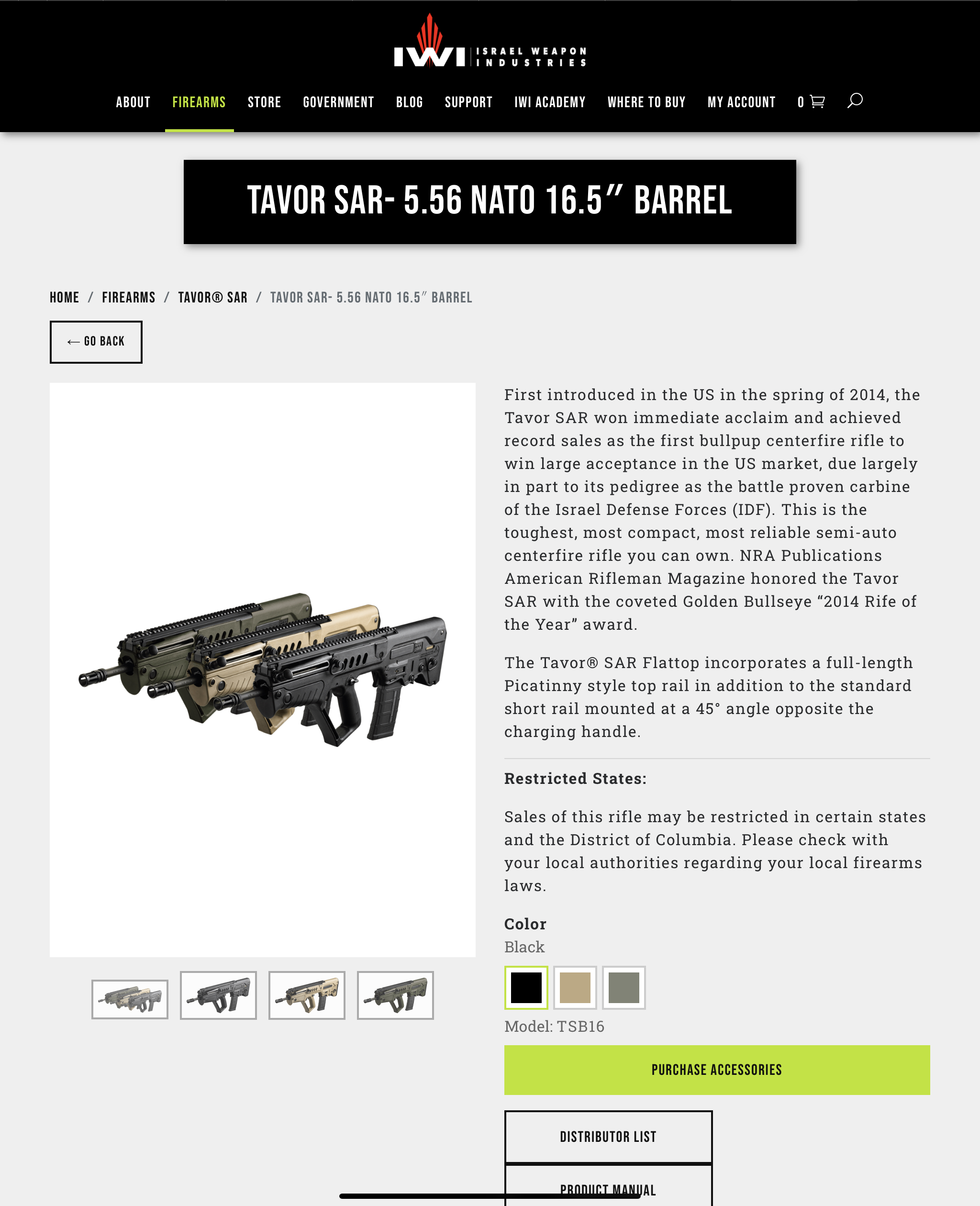 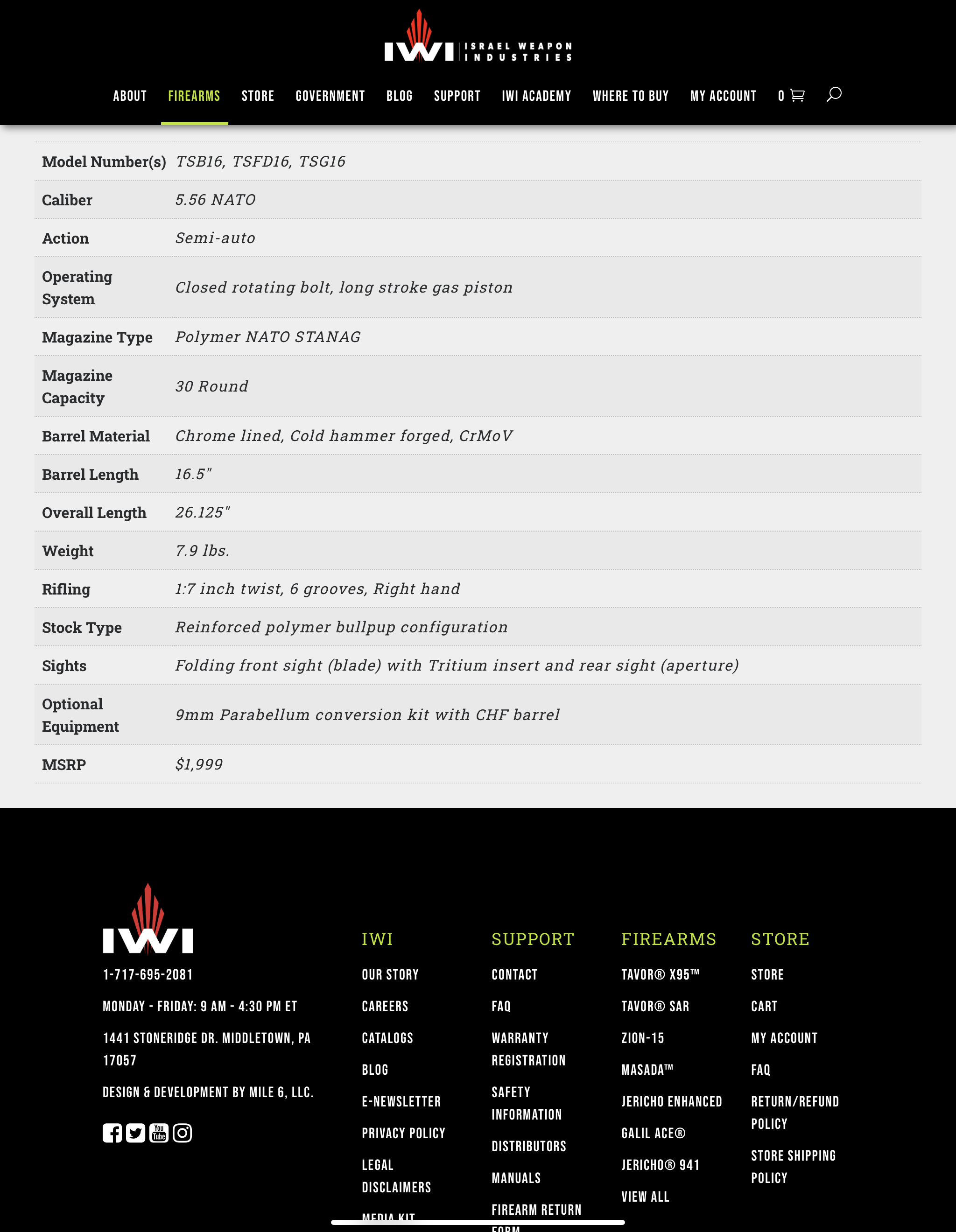 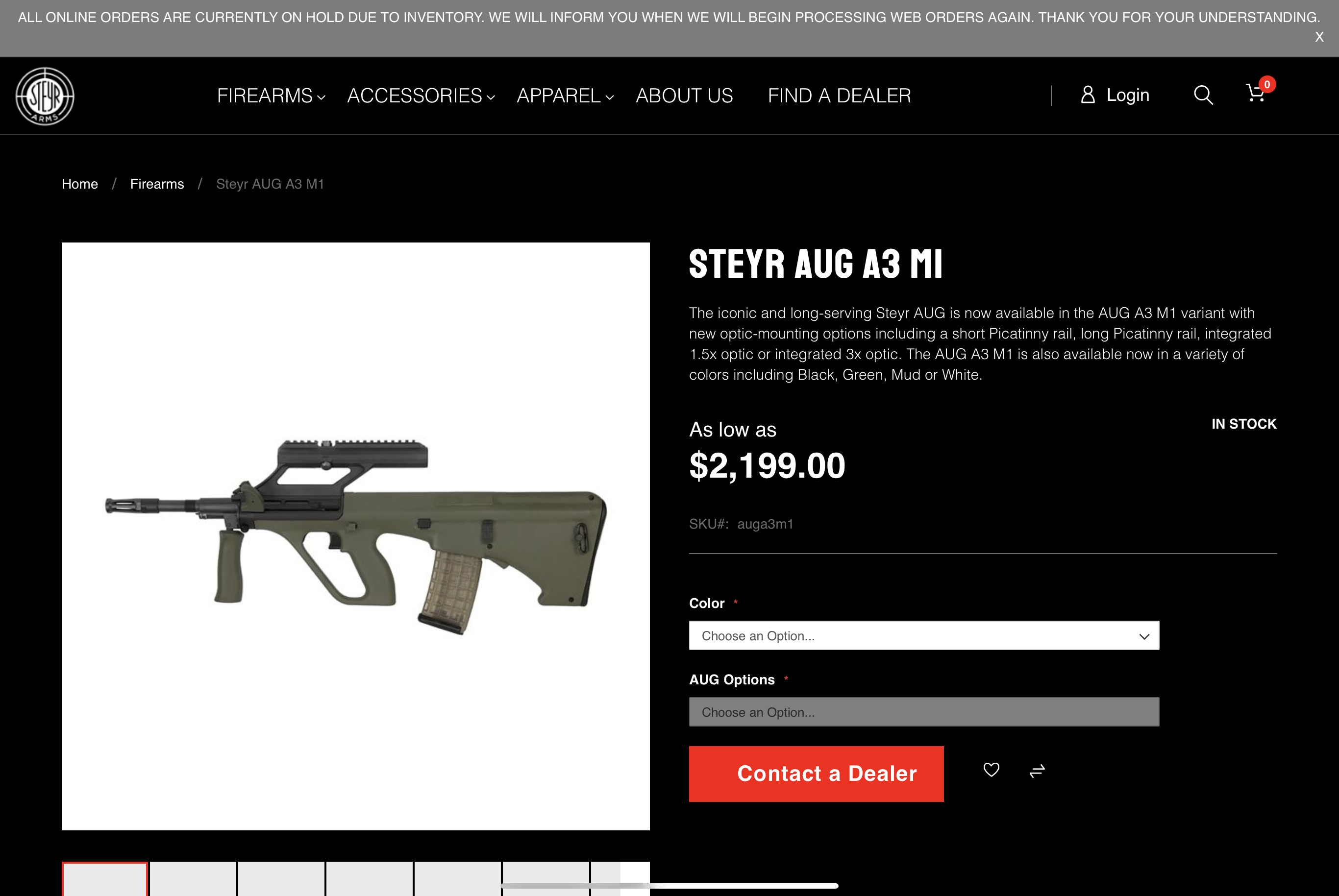 Staff member
As for the name Hellion being all marketing wizz bang…..they said the same thing about the Hellcat and Saint. Both are top sellers. Even down to the red rubber band……that was on purpose. On a wall full of black rifles your eye is drawn to that red rubber band. Don‘t knock SA’s marketing dept someone knows what they are doing enough that SA is building a brand new huge manufacturering plant, offices, warehouse and range because they have outgrown the current facilities that they kept expanding.
E

xdman said:
As for the name Hellion being all marketing wizz bang…..they said the same thing about the Hellcat and Saint. Both are top sellers. Even down to the red rubber band……that was on purpose. On a wall full of black rifles your eye is drawn to that red rubber band. Don‘t knock SA’s marketing dept someone knows what they are doing enough that SA is building a brand new huge manufacturering plant, offices, warehouse and range because they have outgrown the current facilities that they kept expanding.
Click to expand...

Yeah, what he said. I might add, don't knock it till you tried it.
Hey XDMAN, maybe you could sneak one out of SA booth on Monday.
LOL
Semper Fi