What Is Eye Relief? How To Avoid Scope Bite

Staff member
Hello all, here is today's article posted on TheArmoryLife.com. It is titled "What Is Eye Relief? How To Avoid Scope Bite" and can be found at https://www.thearmorylife.com/what-is-eye-relief-how-to-avoid-scope-bite/. 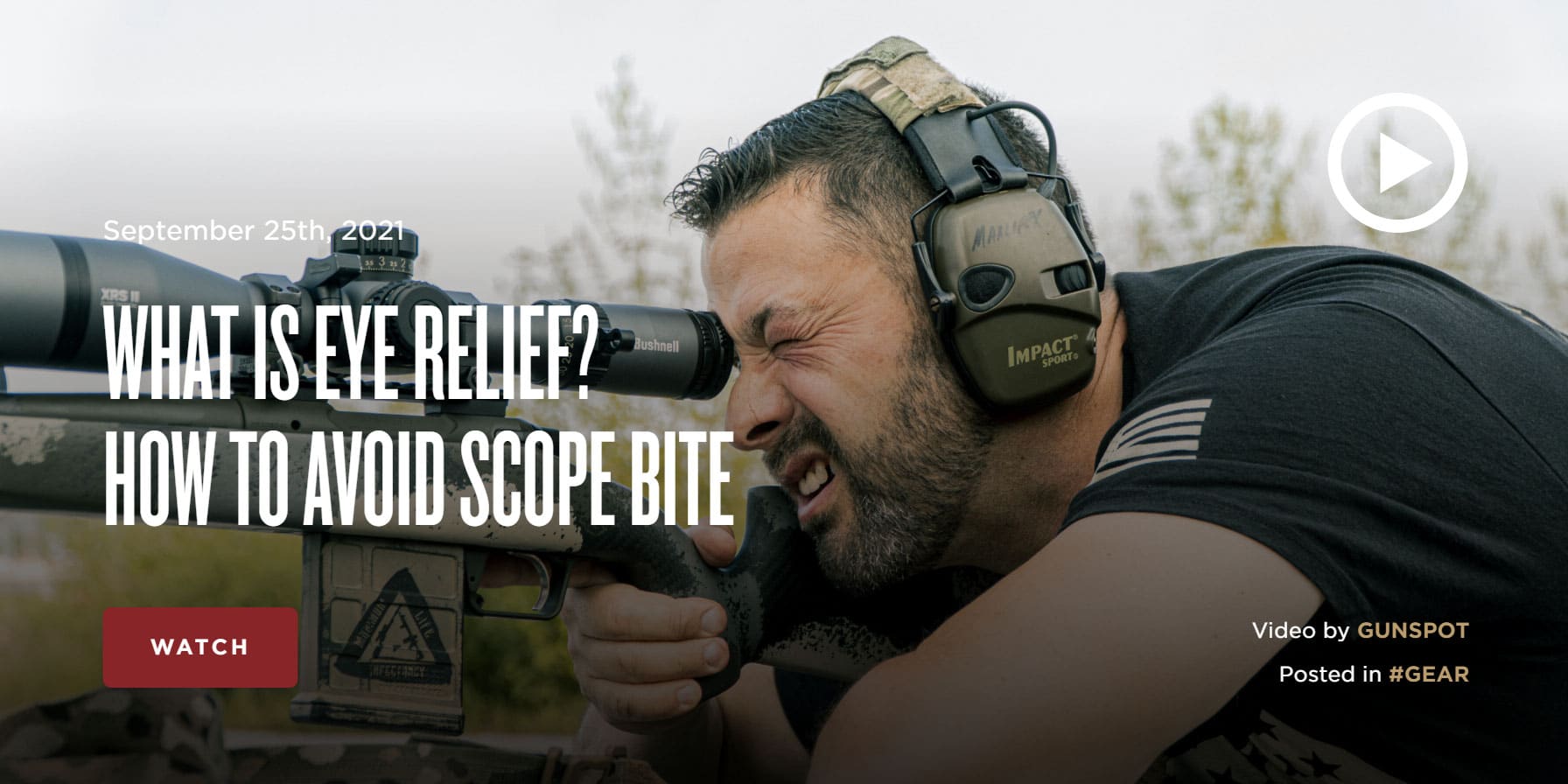 Founding Member
I've seen scope bite from bolt guns on folks before and it wasn't pretty.

I worked with a fellow that came in after the first day of deer season with a messed up eyebrow and a squint.
He had put a scope on his slug gun and failed to get one with enough eye relief for triggering ounce and a quarter slugs.
That looked pretty bad.
B

When I was about 19 I got scope bit by a .338 Win Mag in a Model 70 Winchester getting ready for a bear hunt. It really rang my bell and I still have the scar. Developed one heck of a flinch for quite a while. My rule is a minimum of 4 fingers between me and my scope. I have a 17" length of pull so all my centerfire rifles have extended stocks but 50 years later I still think about that scope bite every time I take the high power guns out.

Thankfully it has never happened to me. I guess my old man set me up right from day one.

It happened to me 2 weeks ago, not bad, and drew a tiny bit of blood. I was spending too much time trying to correct for my wobbling and not paying attention to my position behind the scope, it was set to 8X.

2 things, the SA ar-10 recoil isn't near as bad since I replaced the buffer with a heavier one last week. I also discovered that my wobbling occurs at magnification starting around 3X. I haven't shot rifles w/scopes in many years since I was working too many hours. I realized at 1X -2X I was fine. So it's just me chasing the target at uppers powers, my older age and years away from the scope. I'm sticking with 3X for now and I'll slowly work my way back up 1 power level at a time.
T

"Eye relief" is not the same as "eyebox," and even beginner shooters (which I believe is the target of the article) should be made aware of this basic difference in nomenclature, and not be told that it is essentially the same (quoted from the article: "Eye relief is often called eye box by shooters because it’s the box your eye has to be in to use your scope effectively.")

The following BreachBangClear article give an easy-to-digest explanations of the terms eye relief, eyebox, and exit pupil: 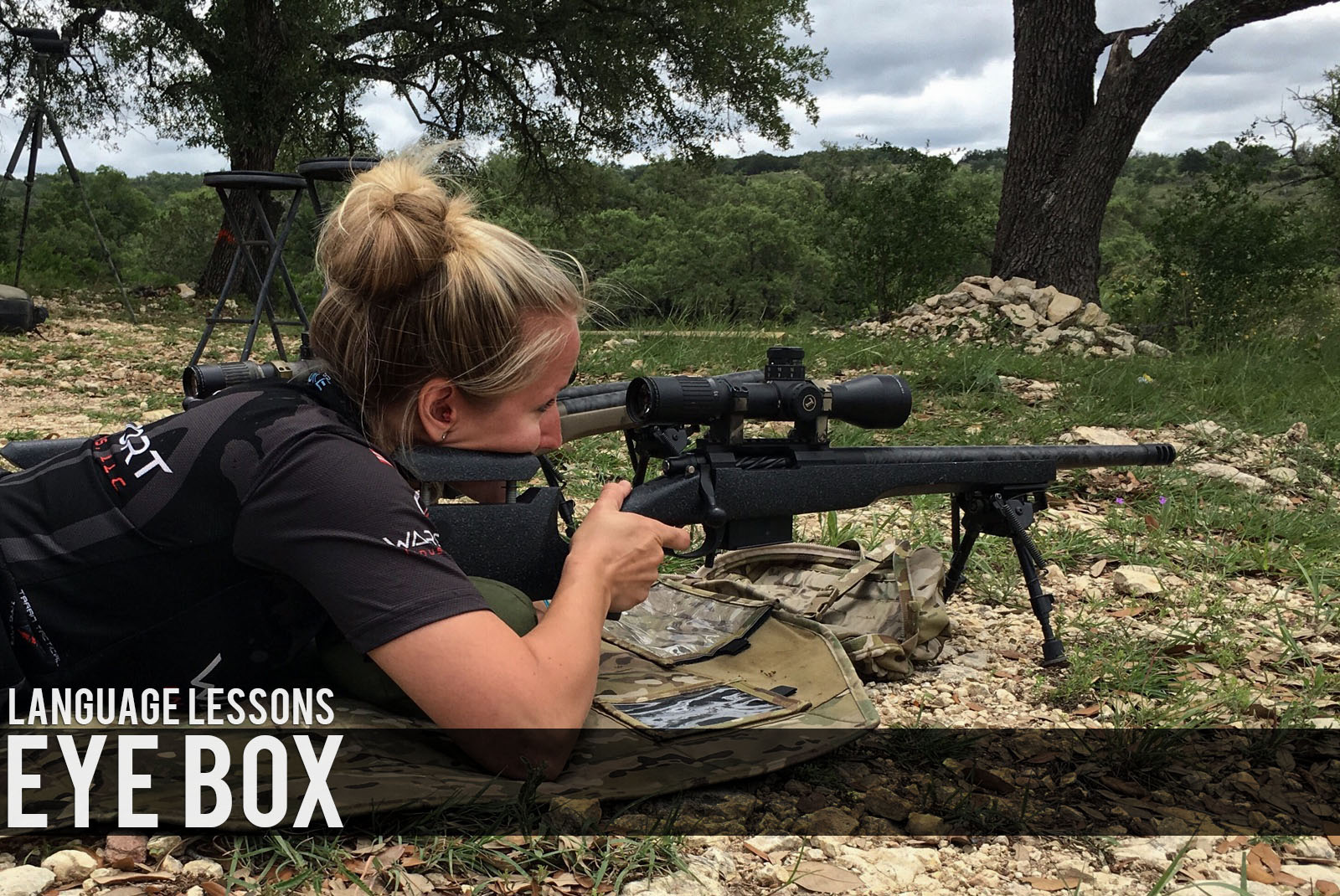 Today in Language Lessons we talk about finding that sweet spot in the box like we all want to do. Or something. Mad Duo Language Lessons: Eye Box Candice Horner Being able to see what you’re shooting at can be a lifesaver, or life ender–however you want to look at it. Variable power scopes have […]

Good article. Have been trying to teach my daughters how to get the same sight picture by placing their cheek in the same place every time they fire. So far they have only shot with iron sights, but this is something we may need to talk about.

Scope positioned for a turkey neck cheek weld is THE key to avoiding scope bite.