Founding Member
In the semi-auto pistol front, Colt has seemingly stuck to the 1911. Only recently did they bring back the famed snake guns. With that said, today, we are going to examine a number of failed Colt pistols. 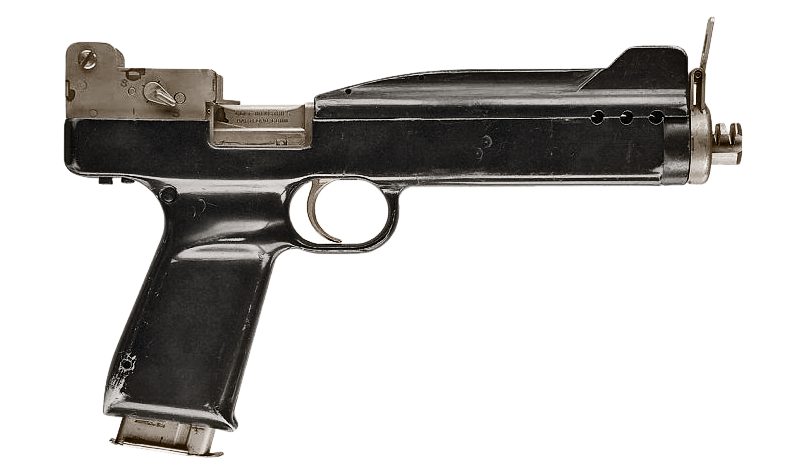 The Colt IMP-221, AKA the “Davis Gun”, showing its ability for the receiver and magazine housing to rotate out of the way of the firer’s arm. This weapon was intended to be fired with the arm extended, like a pistol, and was designed to give aircrews and other personnel the firepower of an infantry rifle at short ranges.

The “Davis Gun” (AKA IMP-221 or GUU-4/P), designed by an engineer named Dale Davis in the mid-1960s for an Air Force requirement for an aircrew survival weapon. This gun was chambered in a variant of the .221 Fireball.

The Colt SCAMP: Yesterday’s Pistol of The Future

I actually want the CZ version of the Z40…they’re great pistols.

I wanted one of those badly back in the day. Our local master Colt dealer had received a beautiful royal blued specimen with gorgeous dark walnut grip panels. Unfortunately with two young children the price was way beyond my means.
Honestly if I seen the same gun at a gun show today and the price is right I'd buy it. They felt so nice in hand.

In the mid-1980s, the DA/SA pistol ruled the market. Beretta was the hot thing, and Sig’s own P22X series were growing in popularity. CZ 75 clones poured in from Italy. Colt wanted some of that marketplace. This brought us the Colt Double Eagle. Double coming from the fact that it was a DA/SA gun, Eagle…well, I guess because it was American in a field of Europeans. Even so, Nationalism could stop these from becoming failed pistols.

The Colt Double Eagle looked and functioned in a similar way to a standard 1911. Colt ditched the frame and grip safety and the gun came with a decocker only. The decocker took cues from Sig and sat on the frame, right in front of the grip. 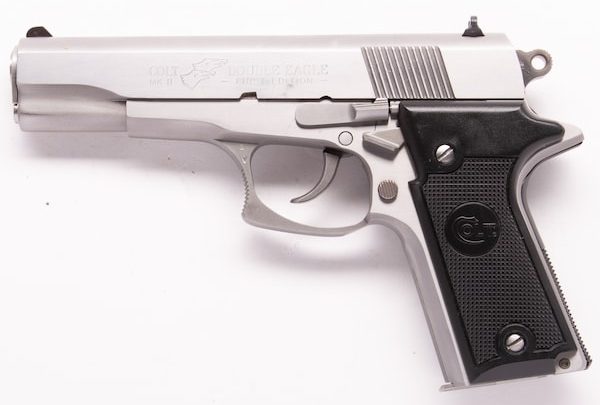 I had a chance to get one of these when they first were introduced, my shop at the time was a Colt dealer, I didn’t like how it felt or handled, so I passed