Anyone use Ham radio, GMRS or another type of "alternate" communication?

Founding Member
I used to be into Shortwave back in the 80's when it was still had great stations to listen to. Still have my gear but it's not operational.

I hate to admit this in most any company, but especially in the company of law-abiding and respectable radio operators..... but, way back in about 1972+/- I was talked into getting into the ranks of some local CB'rs in the small, country town where we were living. A small and sometimes a little backwards town with a whole bunch of idiots and outlaws. Well, we all knew the rules and back then even though CB required a license, it was simple to get and required little to no studying. I don't even remember for sure if there was any kind of test. I think you just filled out a form and sent it in with your money to get it and your call sign.

OK, now it gets bad. You were supposed to always use your 'call sign' when getting on or off the air, ask for a break to start a conversation (that's what truckers are doing when you hear them say "breaker 19") or to search for someone in particular and you NEVER, EVER was supposed to use a linear amplifier. You see CB radios were limited to 5 watts IIRC, but that really limited their potential distance (PS: that's exactly what the intent was). CB was designed as a short distance, typically family and friend communications. And it's the one ALL the truckers were using at the time.

So, to get out over the truckers, who may or may not have been using linear amps, the home boys (some of them ... certainly not me) would also use these amps. They would also sometimes convert big dog radios like "Siltronics 1011 D's" (that's a sideband transmitter) to 11 meters (CB frequency), add on an big dog linear amp, some as big as 500 watts.. (but certainly not me) and would abuse the airways and other honest and respectable CB'rs with their big 4 element beam antennas (like the "Moon Raker") and talk pretty much when and where they wanted. Even with a "Star Duster" ground plane antenna and a "D104" mike those guys (certainly not me) could get out.... way, way out with those 500 amps.

The really bad thing, other than being way, way illegal on their equipment (but certainly not me) was that out in the country where they lived the power grid was a little on the shaky side and when they (certainly not me) would power up that "1011 D" and that 500 watt amp, it was told that all the lights in the neighbor hood would go dim while he transmitted.

Now I'm not sure it was quite that bad, but I wouldn't have put it past some of those yahoos (certainly not me) to do something like that. That was about 50 years or so ago and I'm sure that most of them (certainly not me) have better sense now than back then and are living a much more respectable and law-abiding lifestyle. In fact, I'll say with all sincerity that the one I knew the best and was certainly closest to, learned very early on and was quite sorry for his short time of radio lawlessness.

Oooops!!! In the last post and the last paragraph, second sentence, I added right after "I'm sure most of them" (certainly not me) have better sense now ........... I meant to say (especially me).

Some of what is written above may or may not be true. But in the final analysis I did play with CB for a short while back then and learned what should and shouldn't be done. Then in about 1982-3 I took over the hunting lease on a local ranch and we all used CB's in our trucks and out of the 'base' cook shack. However, I made sure we all stayed legal with our mobile units and they served us well. Our lease was about 3X4 miles, mostly open pastures and flat, so the little radios worked pretty well.

We did eventually switch to FRS systems, also mobile truck and/or hand held units which were FM modulated and much quieter than the CB's. Even in those day the CB's were notorius for what was called 'skip'. That's just over lapping noise (static) that sometimes made it very difficult to communicate with others even very close to you. The FRS radios eliminated the 'skip' and reached further with far more clarity than the CB's. We were still using them very effectively up until I gave up the lease around 2004-5.
S

Keystone19250 said:
Not sure I want to go with Ham radio but have been thinking about a CB radio for the truck.
Click to expand...

I have used ham gear years ago and enjoyed it but when I got out on the road I was required to have a CB but I did take it a step further and went side band because you have more channels ( upper and lower ) and has better reach. I and the very few friends I have left do keep walkies on hand and using AA batteries because with everyone running around in electric cars, planes and trains recharge may be illegal along with paper maps and a good old compass ( mine is about 50+years old and still works. Of course I have a small mirror but keep in mind survival means heat and some times folks forgot fire and the best thing I have found to have in your gear is your flint unopened Bic lighters and the most reliable tinder is medicine bottles or small plastic bottles with screw on lids with cotton balls smeared with Vaseline is a quick start, I had these when I got caught in bad snow storm in the Tetons. 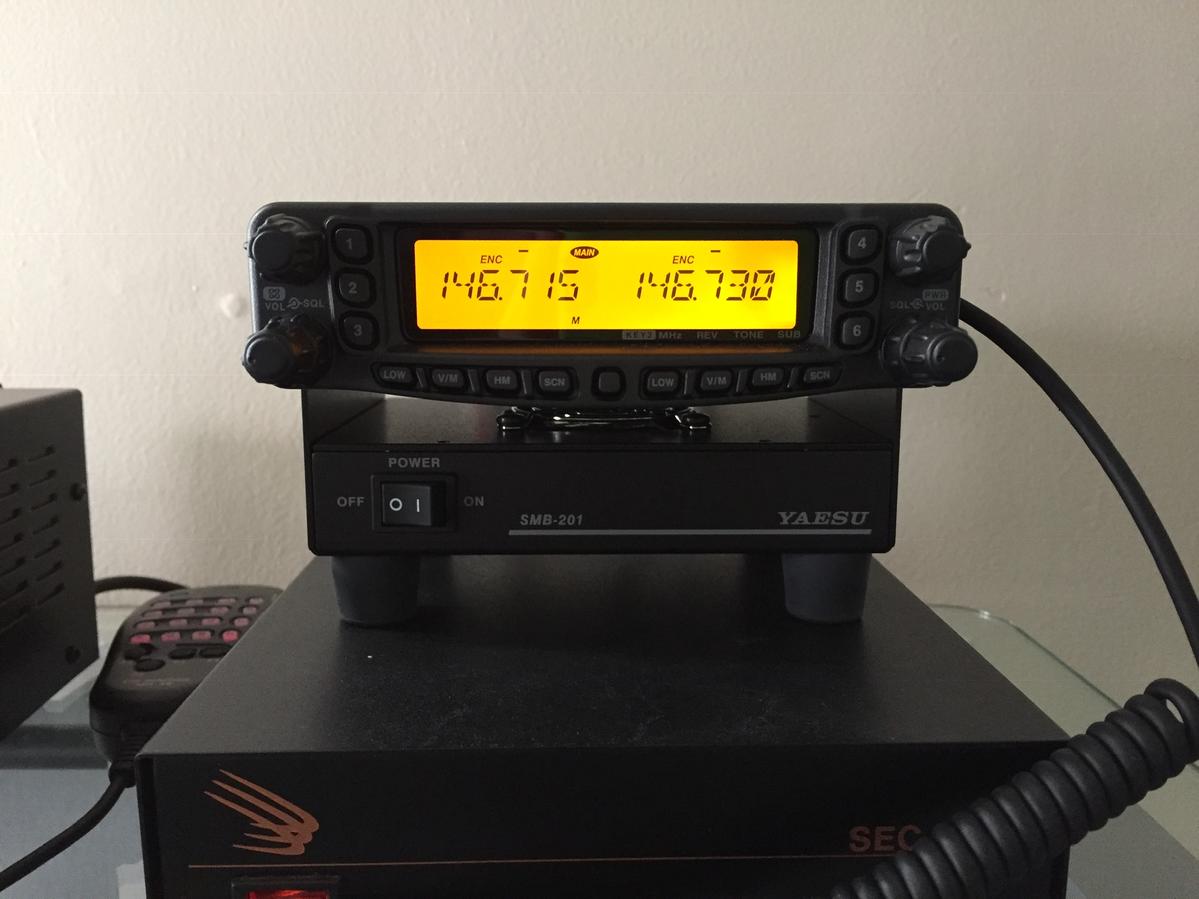 This was my ham radio setup before we sold our house…..
Yaesu FT-8900 Duel Band on top of a Yaues Cooling base and a Samlex 30amp power supply, my antenna was a Diamond Duel band vertical…… 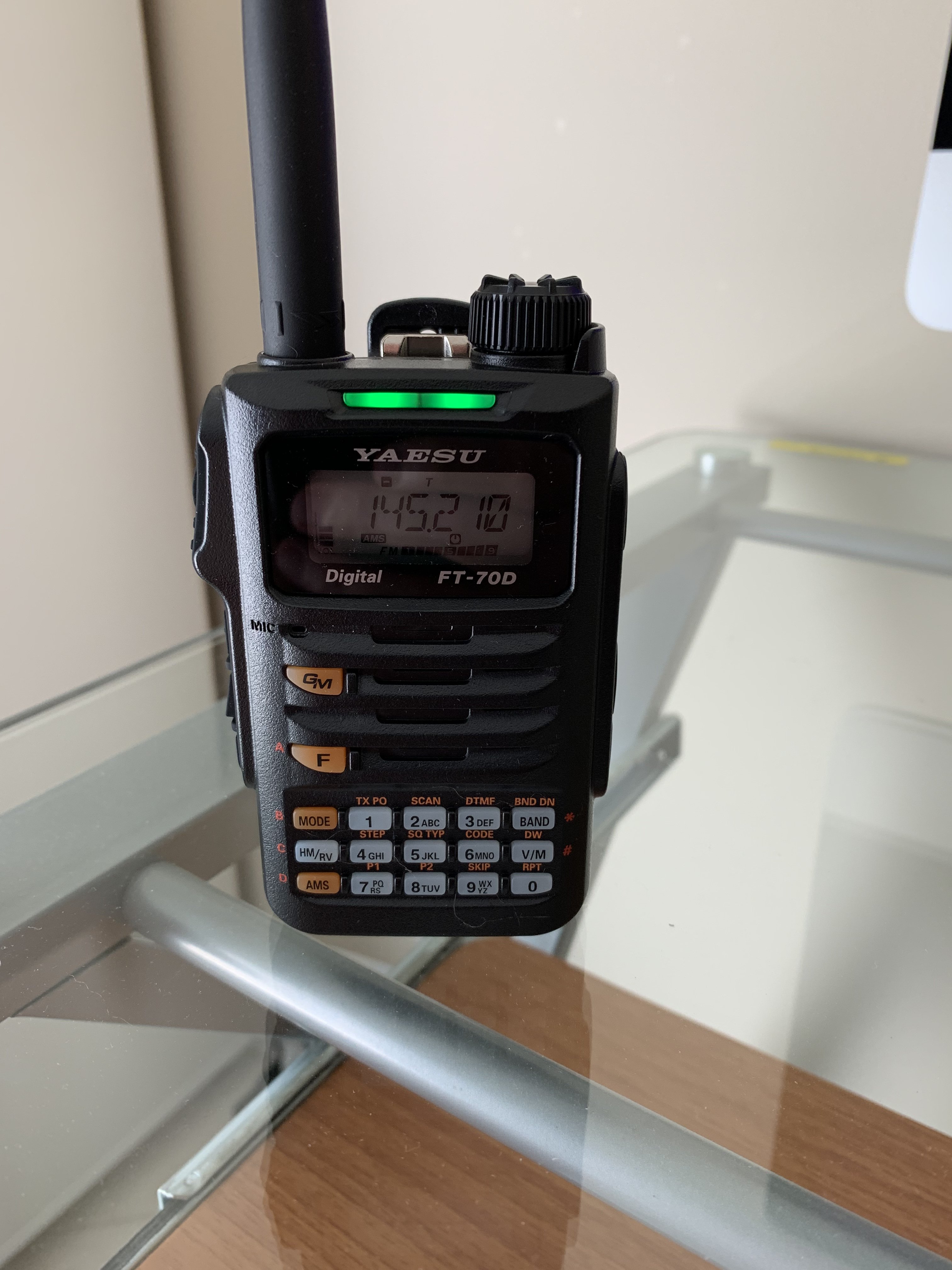 This is what I use now for local, Yaesu FT-70D Duel Band handheld. Been searching for a decent indoor antenna so I can use my mobile setup again.
C

Always good to Chit Chat With the Locals... Have doing more DMR and having a Great time with it....'73s

Annihilator said:
View attachment 30054
This was my ham radio setup before we sold our house…..
Yaesu FT-8900 Duel Band on top of a Yaues Cooling base and a Samlex 30amp power supply, my antenna was a Diamond Duel band vertical……
Click to expand...

Certainly no where close to your setup. I have a Wouxun KG-1000G GMRS radio on my desk and a Wouxun KG-UV9GX handheld on the way. Still trying to figure out the home antenna situation. I have a "super" discone antenna outside for the police scanner that gets all GMRS freqs very well. Won't be broadcasting on it though. Maybe some day I will chase a HAM license.

Founding Member
Never tried the GMRS thing, went from CB to ham radio many moons ago.

I use the traditional method of my people. Smoke signals. Edgefield full flavor shorts work best.