Bring a Guillotine to a Gunfight?

Staff member
Hello all, here is today's article posted on TheArmoryLife.com. It is titled Bring a Guillotine to a Gunfight? and can be found at https://www.thearmorylife.com/bring-a-guillotine-to-a-gunfight/. 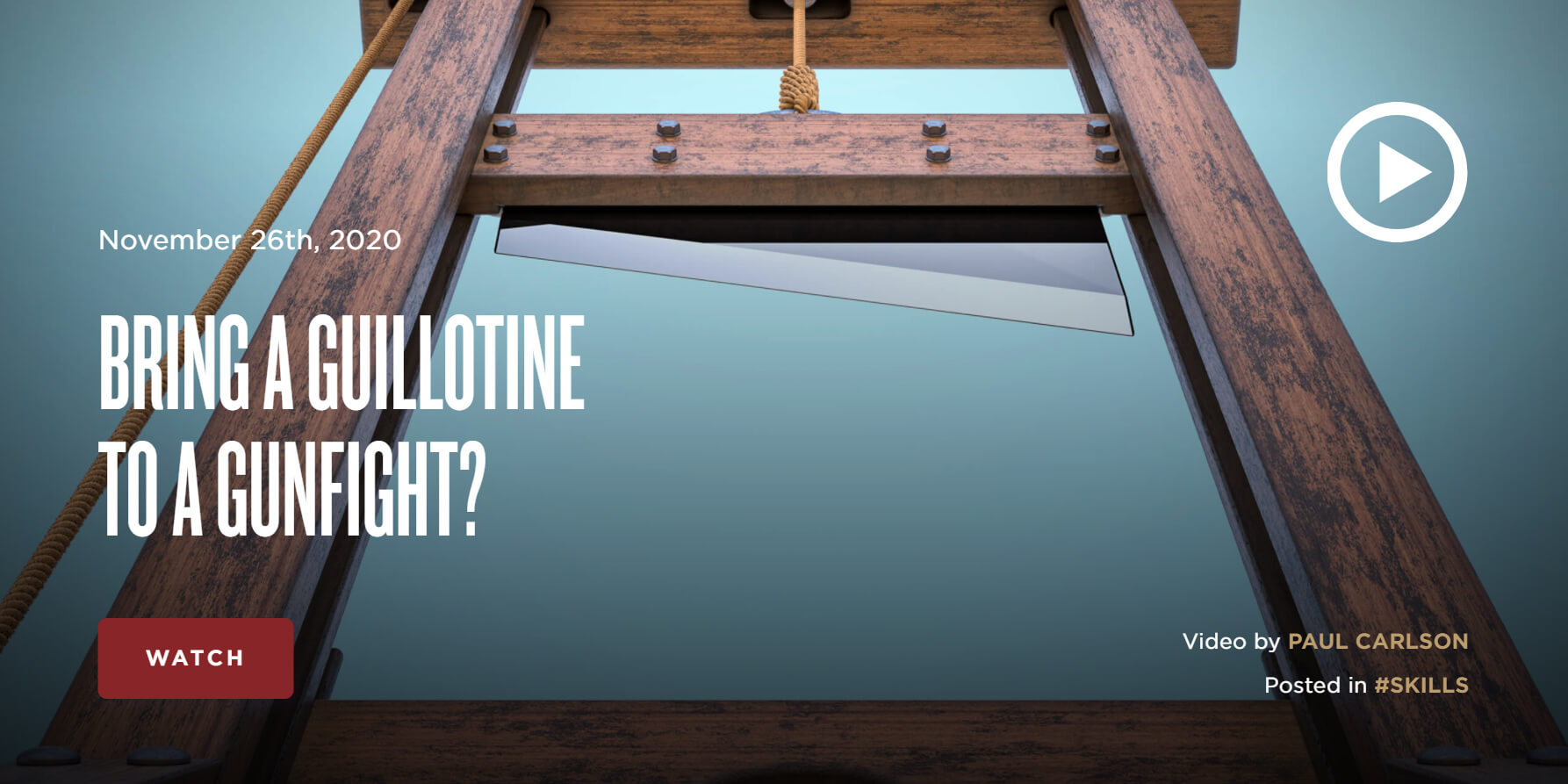 There will always be a newest, all the rage in shooting. Within the realm of big game hunting, a decade ago short magnums were all the rage. Reality was they didn't kill big game any deader than the proven .308 Win. All of those short magnums have disappeared save the .270 WSM, which is in no way superior to the .270 Win. At that, the .270 WSM has an insignificant following. I'd be surprised if more than 200 .270 WSM rifles are manufactured every year.

As we know, marketers go to business schools to learn how to separate consumers from their money. Fishing tackle manufacturers have inflicted serious financial dents in my outdoor sports' budget. It wasn't until I was years into freshwater and offshore fishing did I figure out that the only tackle I needed was DuPont Spinners. I still laugh at that fishing joke: https://www.urbandictionary.com/define.php?term=DuPont fishing lure

Self-defense is individualistic. Survivors have to go with what they feel is most likely to assure their remaining vertical. If a survivor feels most secure with optical sights on his self-defense handgun, that's the way he should roll. It works best for me with nothing attached to any handgun I might have to use for self-defense. Were I confronted by a bad guy with the intent reducing me to evidence of murder and autopsied the following morning, I'd want no distractions on my gun that could slow deployment and/or distract me.

BTW, the French have tried to distance themselves from the ghastly, grisly, senseless blood lust of the infamous French Revolution. Unlike the Russian Revolution that was schemed in New York City by Jacob Schiff (unknown if Adam is a descendant of that diabolical murderer), the French Revolution was fomented from within. Consistent with all wars, the victor writes the history. French Revolution historians got it right. The French Revolution was incited by satanic liars with Satan's spawn, Robespierre, waiting to seize control of France. After God only knows how many hundreds of thousand of sans-culottes and, of course, innocent royalty lost their heads to Dr. Guillotine's decapitation machine, did the French precede action with thought. Finally sans-culottes realized the enormity of their error (inability to control the revolution). They removed Robespiere's head and ended their revolution. The French monarchy was restored. Removing it was the primary justification for the revolution.

The clueless get caught up in blood lust of revolutions without determining whether they were/are scripted and who's going to run countries after excessive bloodletting restores rational thought.

To those who know history of the French Revolution, the Guillotine is symbolic of senseless murder.

Hopefully, life will present opportunities to train for many variations of employing a self-defense handgun. In the meantime, this is pretty close to the exact set up for an XDM Elite Tactical OSP as I am looking for. You know, Christmas is just around the corner!

Perhaps Springfield Armory can give one away?