Staff member
Hello all, here is today's article posted on TheArmoryLife.com. It is titled Did the M14 Fail the BAR? and can be found at https://www.thearmorylife.com/did-the-m14-fail-the-bar/. 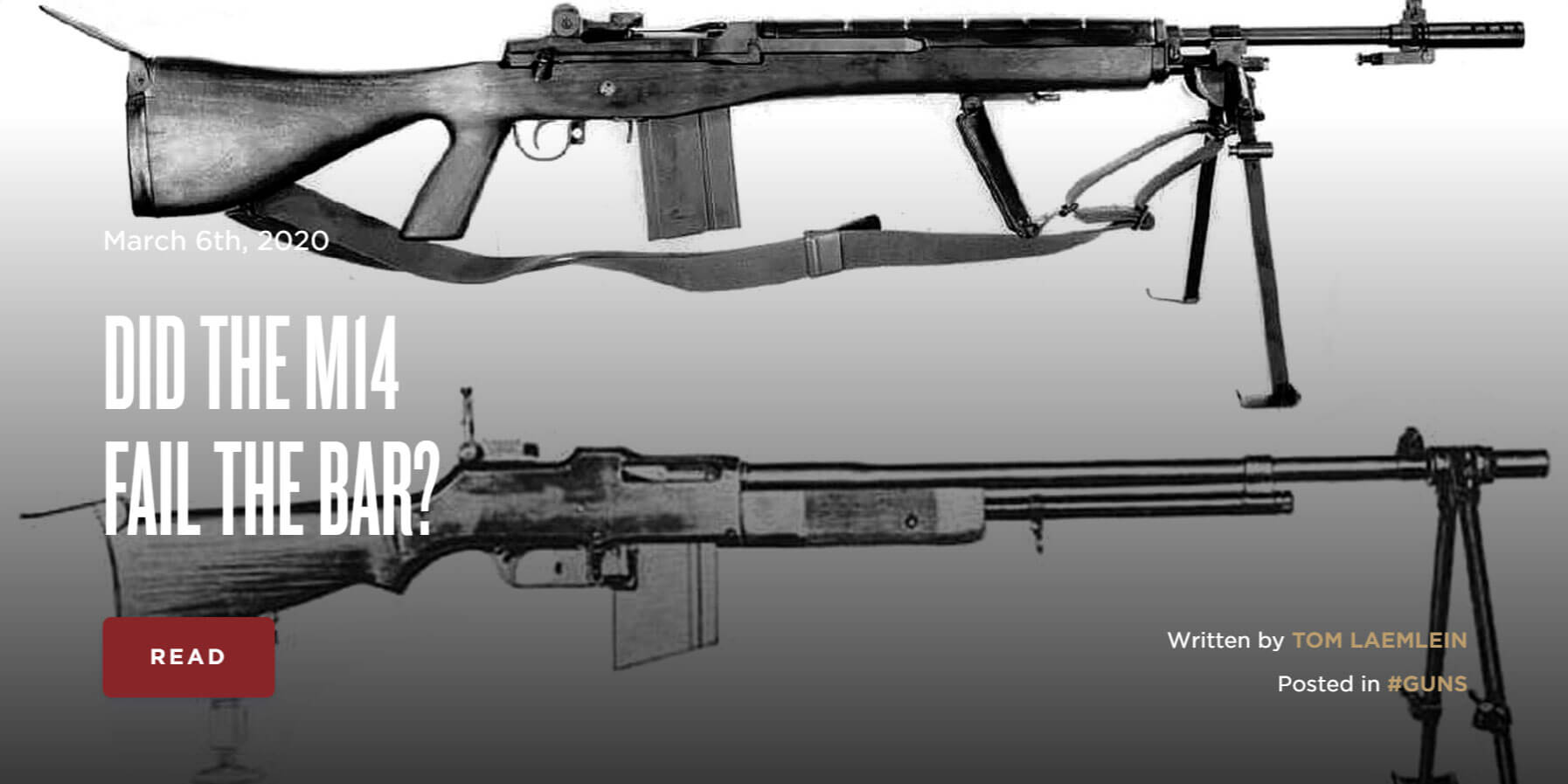 Founding Member
Another great article Mike, I just love those old pictures you seem to find.

Staff member
I can't take credit for that That's all author Tom Laemlein and his amazing photo collection. He turns in some great material and incredible images. I personally really like the historical texture his pieces add to the weekly content on TAL. Thanks for reading!

Annihilator said:
Another great article Mike, I just love those old pictures you seem to find.
Click to expand...

I couldnt agree more. These history pieces are great reads. I really like them, so keep them coming!
P

308Lover said:
I couldnt agree more. These history pieces are great reads. I really like them, so keep them coming!
Click to expand...

I'll second the above. Great articles.

Founding Member
This is another great gun that was trying to fit in to replace something that it was not initially planned to.
J

I was in Basic Training with the Marines at Camp Pendleton in 1968 and I trained with the M-14 Rifle.
As far as I am concerned, it was the greatest rifle I have ever held in my hands. I have been hunting
for over 60 years and despite all the weapons I have acquired, I dream about this rifle. I will agree that
firing the M-14 on full automatic was not practical, since three round bursts were the best one could
do and still stay on target. We fired in the prone position on the 200, 300, and 500 yard range and with
open sites, this rifle was dead on! I would have traded anything to use this weapon in Vietnam but I did
not see it unless a Marine Corps sniper was holding it with a starlight scope mounted. Before I pass on to
my reward, I will own one of the civilian version M-14's and will pass it on the my Grandsons and teach
them of this weapons legacy.
You must log in or register to reply here.
Share:
Facebook Twitter Reddit Pinterest
Top