Staff member
Hello all, here is today's article posted on TheArmoryLife.com. It is titled M3 Grease Gun: Taking a Cheap Shot and can be found at https://www.thearmorylife.com/m3-grease-gun-taking-a-cheap-shot/. 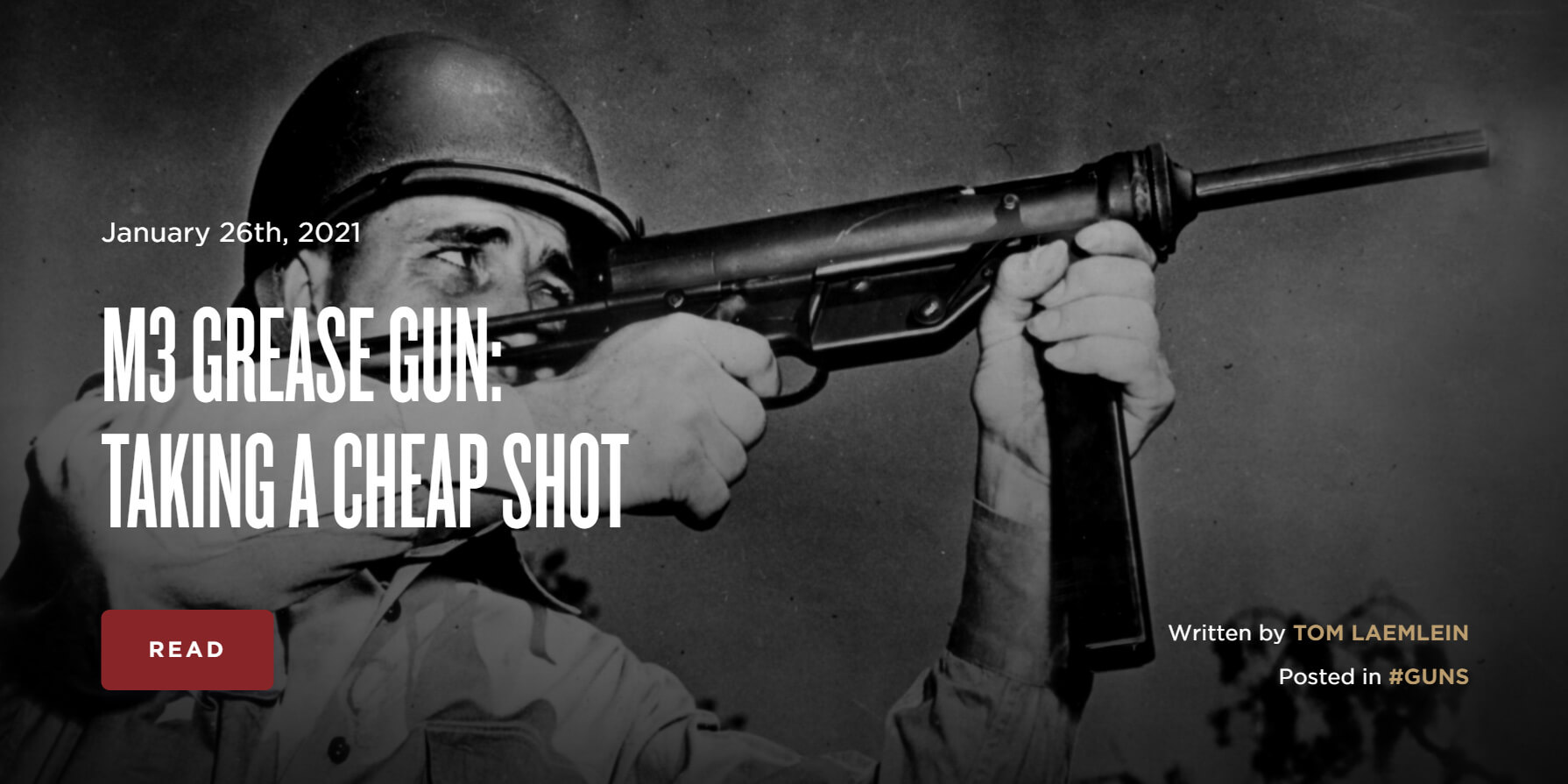 So much fun to shoot.

If you ever have the opportunity to shoot one, take it.

I was an Army tanker from 1972 to 1992 and first fired the M3A1 in 1972. While most were A1s on occasion we did have a M-3 with the cocking lever, even a brand new one still wrapped when it came in. I never had a problem with the weapon, it was good for what it was intended. While not having a high rate of fire, it was not intended for that. Also think of what a basic load of magazines all full of .45 would of weighed. I had 2 of these on each tank up until we transitioned to the M1A1. One thing I did was contrary to the rule of never volunteer, I always volunteered my platoon to run the pistol and M3 ranges. Needless to say we never had to turn in any unfired ammunition at the end of the day and it got my troopers more familiar with the weapon. I last saw the M-3A1 on our M-88 recovery vehicles up to 1992 when I retired.
C

As a Vietnam Vet Marine from 64-66, I saw that our government gave boatloads of grease guns (among many other guns) to the ARVN. For two cartons of smokes about any ARVN with a grease gun would trade you his weapon and all of his mags. Several of my buddies did this. I went for the same deal with an ARVN for an M1 Carbine.
You must log in or register to reply here.
Share:
Facebook Twitter Reddit Pinterest Share
Top