Staff member
Hello all, here is today's article posted on TheArmoryLife.com. It is titled Ronin Pistol 70-Yard Headshot and can be found at https://www.thearmorylife.com/ronin-pistol-70-yard-headshot/. 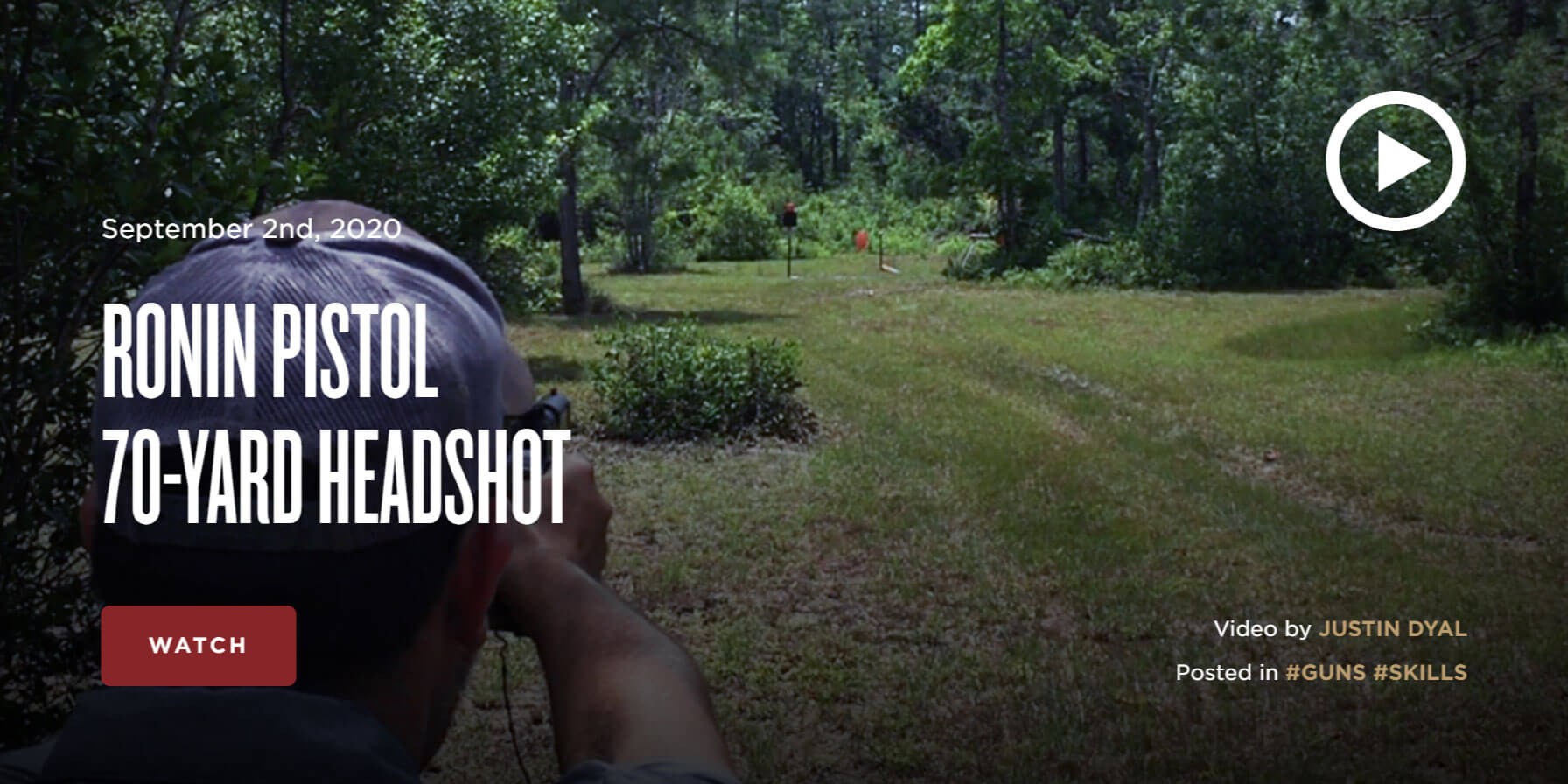 Founding Member
The shooter in the above linked video is one heck of a remarkable shooter.

Because of my 100% positive experience with my Loaded Model, I bought a Springfield Armory TRP .45 for use as my primary wilderness handgun. We've run across HUGE black bears while chasing trout. Avoidance is our primary mean critter strategy. If a bear is in one of our fishing spots, we'll go to another. If a bear were to wander into a spot we're fishing, we'll wander out. However, as a parent, my highest priority is protecting my kids. Should any bear get a notion that my kids are on its dining menu, it'll get 8 230 grain Fed HST LE rounds. I needed a 100% reliable handgun to protect my kids. For many reasons, the Springfield Armory TRP was a no-brainer for me. I completely understand other fishermen/ourdoorsmen going with what works best for them.

BTW, I could've used my Loaded Model for black bear defense. However, since water is necessary for catching trout, I wanted Springfield Armory's Armory Kote. While I've been lucky to date by keeping water, mud, etc off of my TRP, sooner or later it will endure trout fishing elements. Armory Kote allows me to carry it for a week or monger without worrying about rust.

After I bought my Springfield Armory TRP .45 Auto, I was at a rifle range sighting in a center fire rifle. My target was a hundred yards distant. After I assured my rifles was sighted correctly, I awaited for the range to clear to retrieve my target. Since I was doing nothing but waiting, I fired about a dozen rounds out of my TRP at my rifle target. I did use a rest. I didn't think I'd hit my target, mostly due to the rainbow arc of the .45 Auto cartridge at that range. I held about a foot high. and fired. I'll merely write that I was astonished by my TRP's 100 yard performance.

My Springfield Armory EMP 3 could make a novice look like an accomplished target shooter. For a small handgun, it is unfathomably accurate. It replaced my decades old S&W Model 60 as my carry gun that I very rarely carry. The Model 60 and its sister, the Model 36, were old school, perfunctory off-duty handguns. The Model 60 is a very good and easily concealed handgun. But it has what could be fatal limitations. For self-defense, the EMP 3 is geometrically superior to the Model 60. BTW, my Model 60 is one of three revolvers with which I've experienced catastrophic failure, meaning that if I had been confronted with a survival situation, I would have been armed with a throwing weapon.

Quite impressive shooting with any handgun. I guess I'm old school, I have never seen anyone rise to the target like that, I have always lowered my gun to the target.

I always rise to the target. I think it's a training preference as most of my target practice is on Silhouettes from the holster so it stands to reason I will be rising to the target. I have to agree with SATRP my Springfield 1911 is the most accurate with my Para Ordinance P-14 a close second.

First of any kind of shooting for me was a recurve bow and I always draw as I lower it to the target. Guess I just stayed in the lowering mode when I started shooting rifles and then pistols. Might have to try that kind of shooting some time.

Founding Member
I've been seriously thinking about getting a Springfield 1911 Range Officer Elite as my first 1911. I've found an online price that's just too good... assuming that holds when it's back in stock. The same online retailer has this Ronin Operator for only a c-note more, so now the doubt is creeping in...

Founding Member
This is a great video/article. Thanks for sharing.

Here’s the great thing about taking the time to learn that skill: