Welcome to The Armory Life Forum. This auto-generated thread is for discussing The Armory Life article titled Taffin Tests Springfield 1911s which can be found at https://www.thearmorylife.com/taffin-tests-springfield-1911s/. 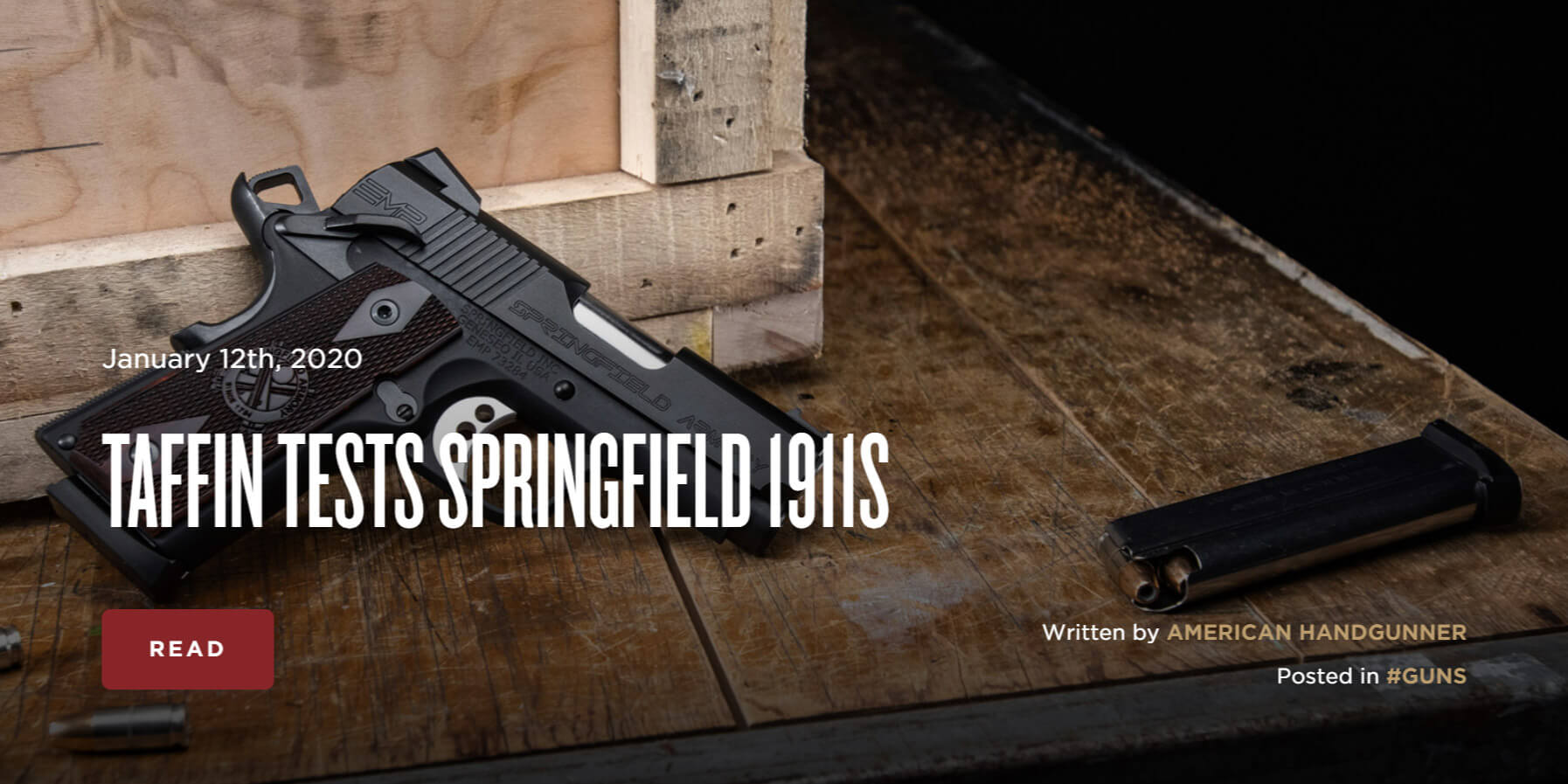 I'm with you, it's hard for me to wrap my head around all the new 1911's various calibers and configurations.

I agree the 1911 should be a .45 caliber pistol. Some things in my opinion should be left alone...lol. However when I ordered my 1911, I purchased the 5" TRP with a full length rail. Not because I am going to add a light or any other accessory. But because it adds a little weight to the pistol. It is crazy accurate. 🎯😁. But yes, traditionally, they were built without a rail,and designed to shoot FMJ. Most that buy the 1911 in a 9mm use them for competition as they can't get the accuracy out of their polymer pistol. Some can, but some can't. Most manufacturer's will build as the industry is headed. Example, sales of the XDm in .40 have significantly dropped since some law enforcement agencies have returned to the 9mm. That's why Springfield is no longer selling the XDm in 40. And hence why they are producing the 1911 in other calibers than 45.

Founding Member
While 1911s in 9mm have become insanely popular, I agree that they should be 45. But I do like 9mm in my polymer guns!

Founding Member
Well there's obviously a market for 9mm in 1911, or they won't be making them. I somewhat agree, as I won't buy one, but I do own them as 10mm (as well as .45), and some of my collection have rails while others don't. Funny story on my SA 1911 RO that I bought. I never intended on buying this gun as I went to Cabelas for a second time (it's a pretty good distance from me but a worthwhile trip), and had a list of choices of firearms I wanted. First choice was my first AK47, and they had none, 2nd, 3rd, & 4th choices were handguns (can't remember which ones. It comes with old age I suppose), which they also didn't have. The guy behind the counter even called other stores to see if they had any of my choices and if yes, could ship them there, but no luck on any. So not wanting to come all that way and leave with nothing, I asked "what Do you have" (they had plenty of firearms, I was just trying to be funny), taking me seriously he suggested the SA 1911 RO. At about 1/2 the price (maybe a bit more), then my recently purchased Kimber and Colt Gold Cup 1911's from another LGS, I went ahead and bought it. Shoots as good and 1/2 the price, how could you go wrong?

Founding Member
I've read Taffin and American Handgunner for years, so I really enjoyed this piece. Glad to see that The Armory Life and AH are doing some collaboration! Great piece!