Staff member
Hello all, here is today's article posted on TheArmoryLife.com. It is titled The M14 on the Big Screen and can be found at https://www.thearmorylife.com/the-m14-on-the-big-screen/. 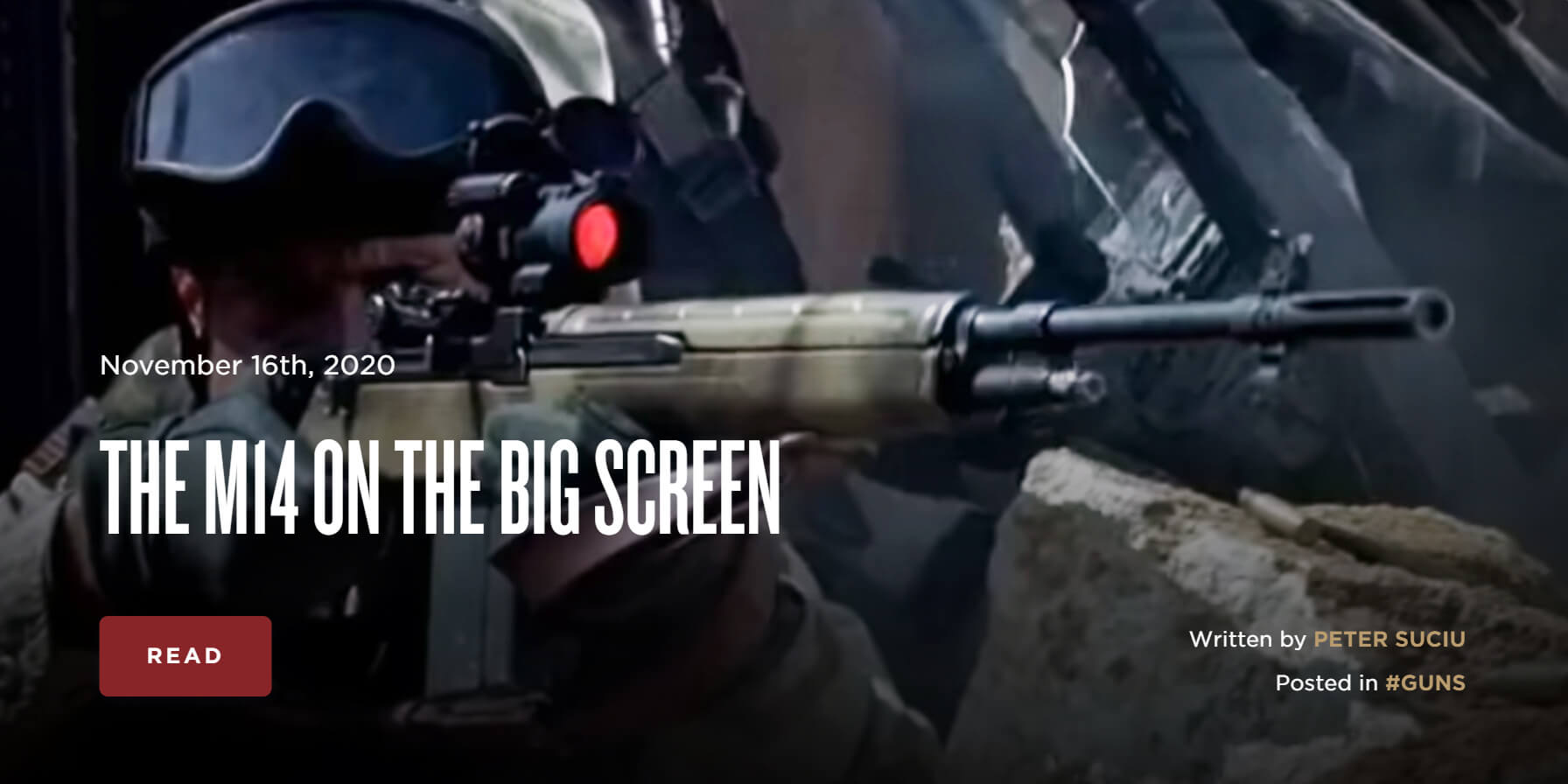 Founding Member
BHD was an interesting movie in all ways, as were The Deer Hunter and Apocalypse Now.

Especially the scenes with Shughart and Gordon.

I don't think I'll ever stop wanting this rifle - even if I never get one.

QuantumZebra said:
I don't think I'll ever stop wanting this rifle - even if I never get one.
Click to expand...

Same. Always wanted either one or both. I think the one I really would like to have is an Mk IV "EBR" enhanced battle rifle. I like the way that one is set up.

I used the M14 at the Army Marksmanship school at Ft Mead MD for counter sniper training. I was part of a Military police Swat Team and we trained along side a group of US Park Police. We each joined the "halfmoon club", the mark we got around our eye when we momentarily lifted our face from the stock and instead of riding it back got nailed by the scope. Guaranteed to happen just once!. A few months later I was perched on the roof of a high rise apartment building with one while President Carter visited Arlington Cemetery to honor those killed in the abortive attempted rescue of the Iran hostages by the newly created Delta Force. Brings back a lot of memories, but I remember most the joy of shooting it.
You must log in or register to reply here.
Share:
Facebook Twitter Reddit Pinterest Share
Top