Staff member
Hello all, here is today's article posted on TheArmoryLife.com. It is titled "Top Springfield XD-M Holsters" and can be found at https://www.thearmorylife.com/top-springfield-xd-m-holsters/. 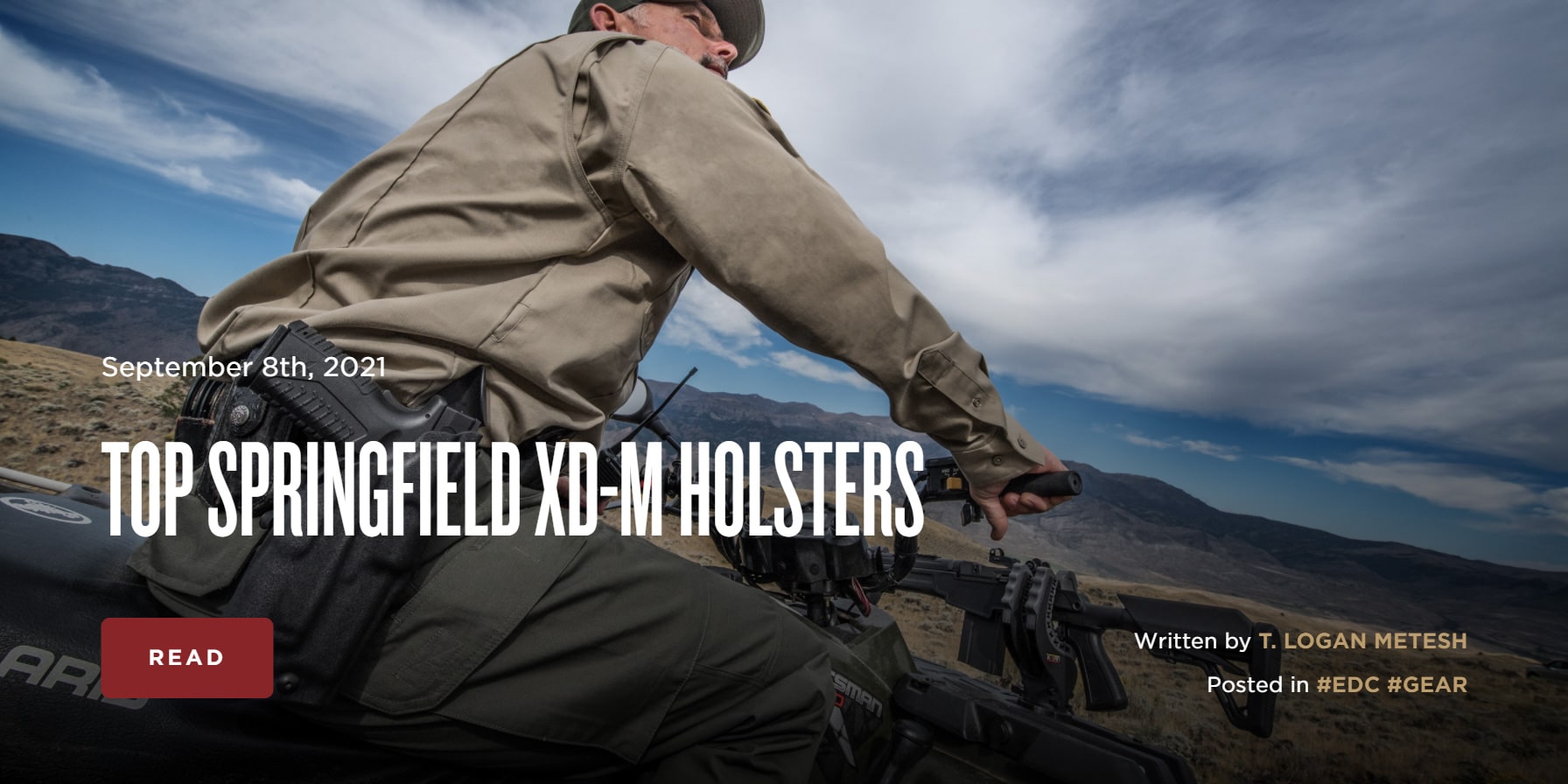 Founding Member
Not many new options for the XD-M. I chose the Reckoning from Crossbreed, and my Son is ordering a new holster from Philster.
T

I've really enjoyed Pure Kustom Holsters' "Black Ops Pro" for full-leather. Rocky's name for this series of his holsters may be a bit over-the-top, but his "CowDex" method of treating hide is no joke awesome. When I used leather IWBs, I took this holster through many multiple-day classes where I was constantly rolling atop the empty holster (the worst kind of thing to do, as there's nothing supporting the mouth of the holster with the gun withdrawn) and exposing it to days-on-end's worth of sweat. Even with a belt overlaying the holster, the lip remained open for single-handed use.

I've had my share of high-end leather over the years, including benchmarks from the likes of Milt Sparks (albeit not for my XDms). Rocky's really does belong in the same tier.

I also really like KT-Mech ( https://kt-mech.com/index.html ) out of Idaho for their traditional Kydex works. I've been using their holsters since 2016 ( https://www.xdtalk.com/threads/my-new-kt-mech-holster.284802/ ), vetting my EDC requirements via several concealed-carry oriented training classes while using my 3.8 Compact.

Posts number 10 and 13 in the following thread on XDTalk showcase both holsters, in-use:

Not sure if I missed this but really have a thought to get some feedback on carrying the 3.8 compact. Hellcat has me thinking but really like the capability of carrying the 19 round mag as a backup... Not pocket carry..will be mostly OWB with possible IWB in summer... Thoughts on guys who have...

I've made some changes to my KT-Mech IWB so that it fits my body and accommodates my movement/articulation a bit more comfortably. The KT Mech -paired with my usual EDC belt, the Ares Gear Enhanced Ranger- passed the close scrutiny (Coach's Eye aided super-slow-motion dissection) of Joe Weyer at the Practically Tactical "Diagnostic Handgun," cleanly releasing upon the draw.

I also use KT-Mech's Defender Light Bearing OWB for my 4.5-inch XDm9 (with Surefire X300U) for carbine classes, mounted strong-side waist on my war-belt. I've had that setup since Q1.2017, and it's held up very well - even cosmetically speaking - to repeated class-work, which often involved ground-work. Similarly, running and other vigorous motions have yet to see the gun displace from simple passive retention. 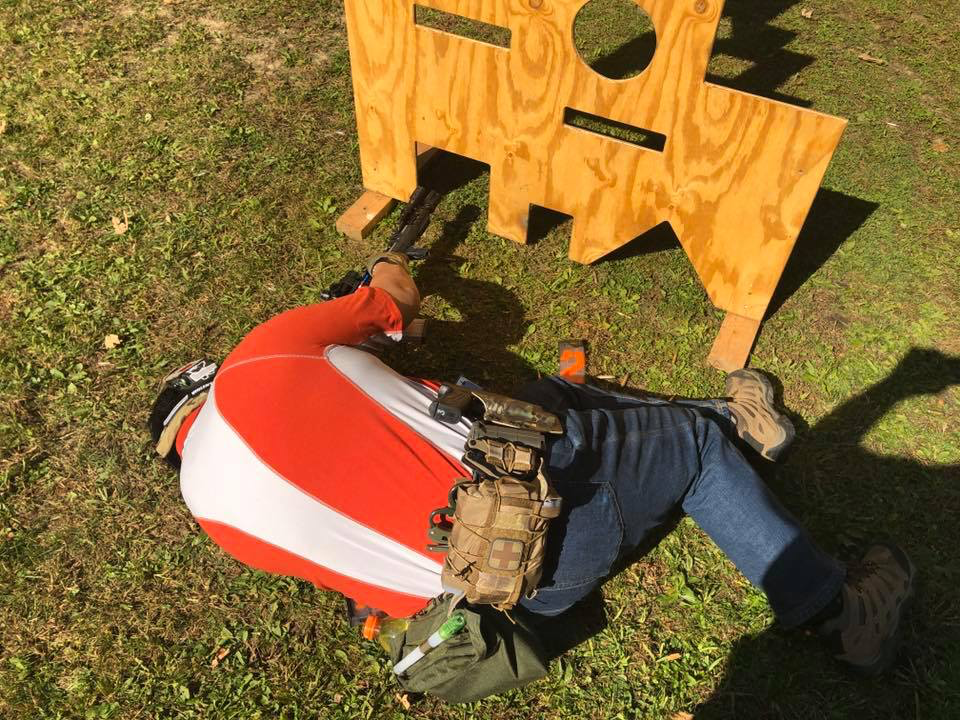 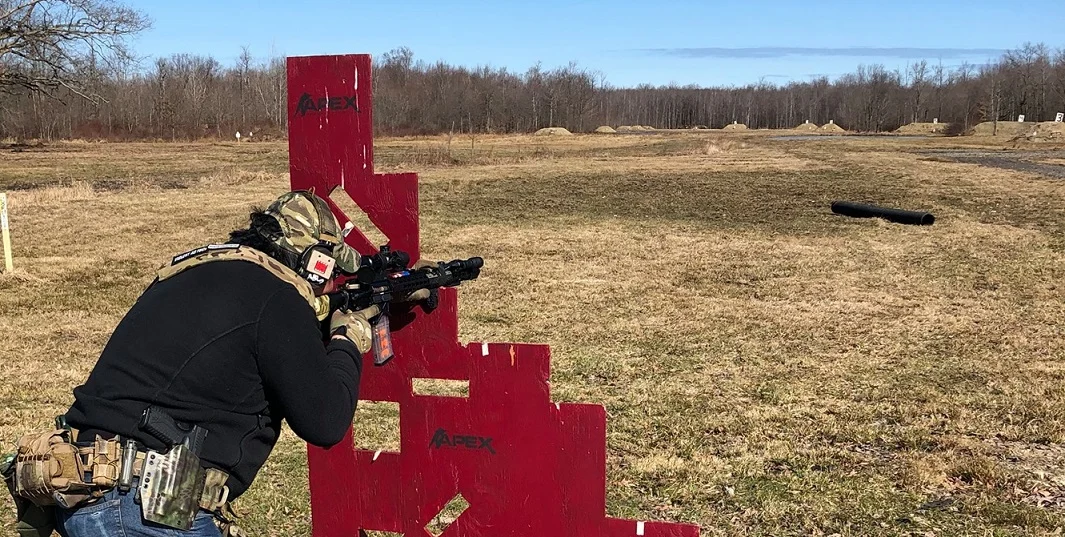 Similar to my experience with leather, I started off the Kydex journey with Raven Concealment's now-legendary (but sadly defunct) Phantom holsters. KT-Mech's stuff measures up, in every respect. The even better thing about KT-Mech is that their items are reasonably priced, as well as are available with rather minimal lead-times.

And while I don't have a picture of the setup, I currently stage a 4.5-inch 9mm XDm w/Surefire X300U in my emergency bag, in a PHLster Floodlight, which I've also found to be an excellent holster and worthy of the hype it generated in the industry.
Last edited: Sep 8, 2021
You must log in or register to reply here.
Share:
Facebook Twitter Reddit Pinterest Share
Top