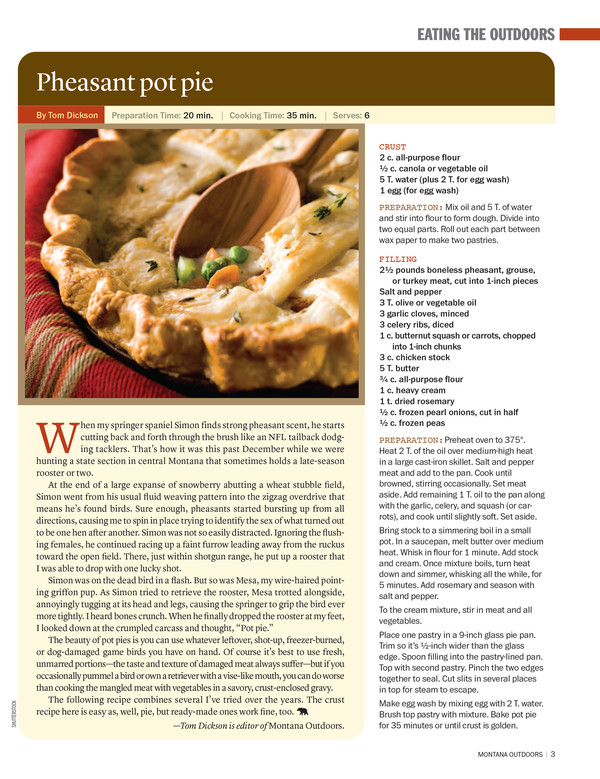 This is great I will try it.

Here is my pheasant and dumplings recipe

In many parts of the country, chicken and dumplings is the ultimate comfort food. Making it with wild birds is only a matter of increasing the cooking time. Wild birds work for a living, so some can take hours before the meat falls off the bone. But have faith, it will, in time. If you save the giblets, use the heart, gizzard and neck in the broth; don't use the liver, as it will make the broth cloudy and give it a weird taste. If you are wondering about the cake flour in the dumplings, yeah, it matters. It makes the dumplings much lighter and fluffier. If you can't find it, you can use all-purpose. Do not use bread flour.