Staff member
Hello all, here is today's article posted on TheArmoryLife.com. It is titled "Streamlight TLR-9 Review: Do Lumens & Candelas Matter?" and can be found at https://www.thearmorylife.com/streamlight-tlr-9-review-do-lumens-and-candelas-matter/. 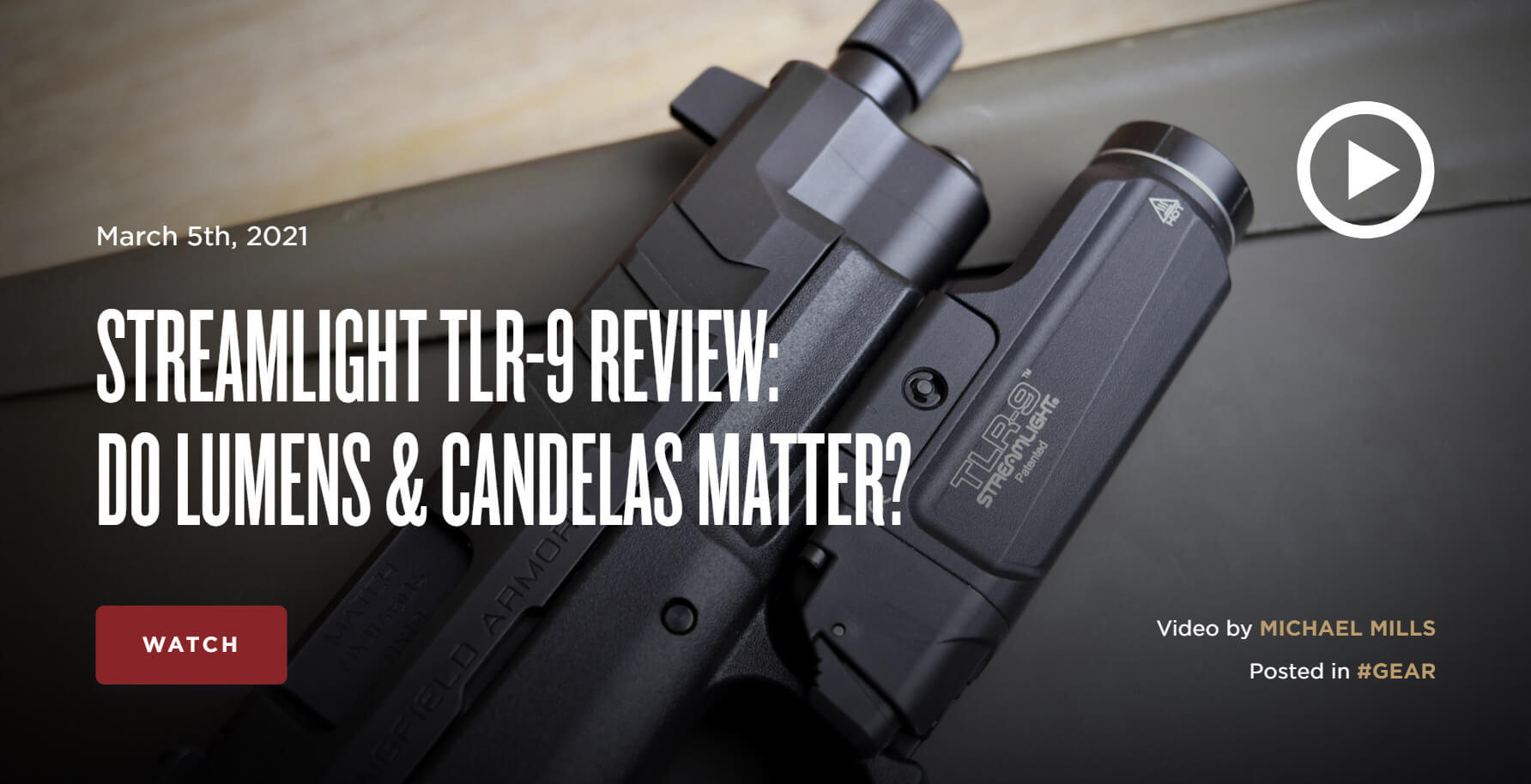 Founding Member
Love my Streamlights on pistol and AR platform.
Only issue I have is several pistol models I use, the streamlight is too wide for the weapon light holsters on the market. Light wont fit.
lots of holsters are made for the slimmer Surefire 😬
B

Cool article Mike, thanks for sharing!

From observation:
LED's have opened up many lighting markets for the better and sometimes not so much because things evolve sometimes too quickly for other related fields to catch up. Gun lights are very cool and useful tool, but holsters have yet to catch up with the wide variety of light set ups available. Isn't really a terrible thing, just an awkward one. Thinking of it as the wild west of the lighting world may help? It's just growing pains.

Lenses, filters and coloring play an important part of lighting in general too. That can be as involved or more involved than the LED bulb itself sometimes. Lighting is a pretty neat and varied field. Thanks again for sharing.

A solid light with lots of power. BobM you are absolutely right, quality of the lense, housing and reflector are huge. Now with all of these high power lights the electronics inside that control the heat rate are an integral part of overall function. Its like the miniature optics with all the different mounting plates when it come to standardization.

Mike H. said:
Hello all, here is today's article posted on TheArmoryLife.com. It is titled "Streamlight TLR-9 Review: Do Lumens & Candelas Matter?" and can be found at https://www.thearmorylife.com/streamlight-tlr-9-review-do-lumens-and-candelas-matter/.