Staff member
Hello all, here is today's article posted on TheArmoryLife.com. It is titled The Armory Life Interviews: Dr. Sebastian Gorka and can be found at https://www.thearmorylife.com/the-armory-life-interviews-dr-sebastian-gorka/. 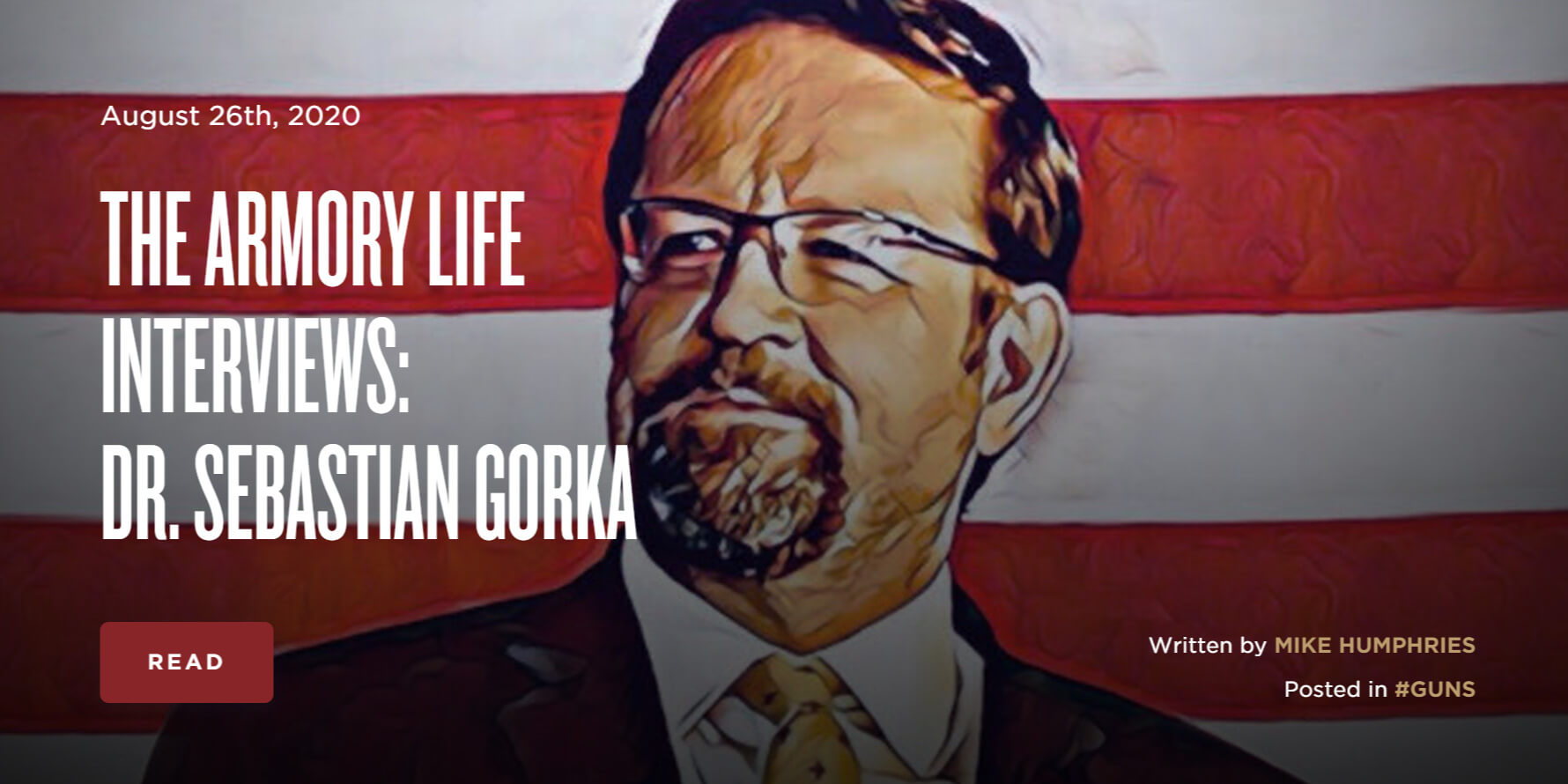 Founding Member
Very nice post Mike.
This passage from Gorka stood out the most to me:

“I grew up free, but my father inculcated in me from the earliest age that an armed man is a free man. As a result, he taught me to shoot as soon as I was old enough to safely do so. When, as a child, you see the scars on the wrists of your father that his torturers left there, you know in your soul that evil is real and that it lurks in the hearts of men… and you never forget it.“

Founding Member
I honestly believe that is where a lot of our troubles today come from. Not enough people have truly suffered (and I don't mean a weekend without high-speed internet). Therefore, the true value of what we have here in America, is lost.

There is no frame of reference, for most.

Peglegjoe said:
I honestly believe that is where a lot of our troubles today come from. Not enough people have truly suffered (and I don't mean a weekend without high-speed internet). Therefore, the true value of what we have here in America, is lost.

There is no frame of reference, for most.
Click to expand...

To your point, I rarely see kids walking or riding to school. While thats trvial to your overall suffrage point, Parents just drop off now.
like I had to do, my kids get themselves up and get themselves to school. We purposefully live close to schools for that reason. Teaches them some self worth and accomplishment and its not all a handout.

While thats trivial to your overall suffrage point
Click to expand...

It's the small things.

All would result in tantrums with most bra...er, kids today.

The third, may get the parents interviewed by CPS. Depends on the neighborhood.

Net result is, kids with zero respect for value, effort, and sense of accomplishment. (Please, don't get me going on Participation Trophies...) 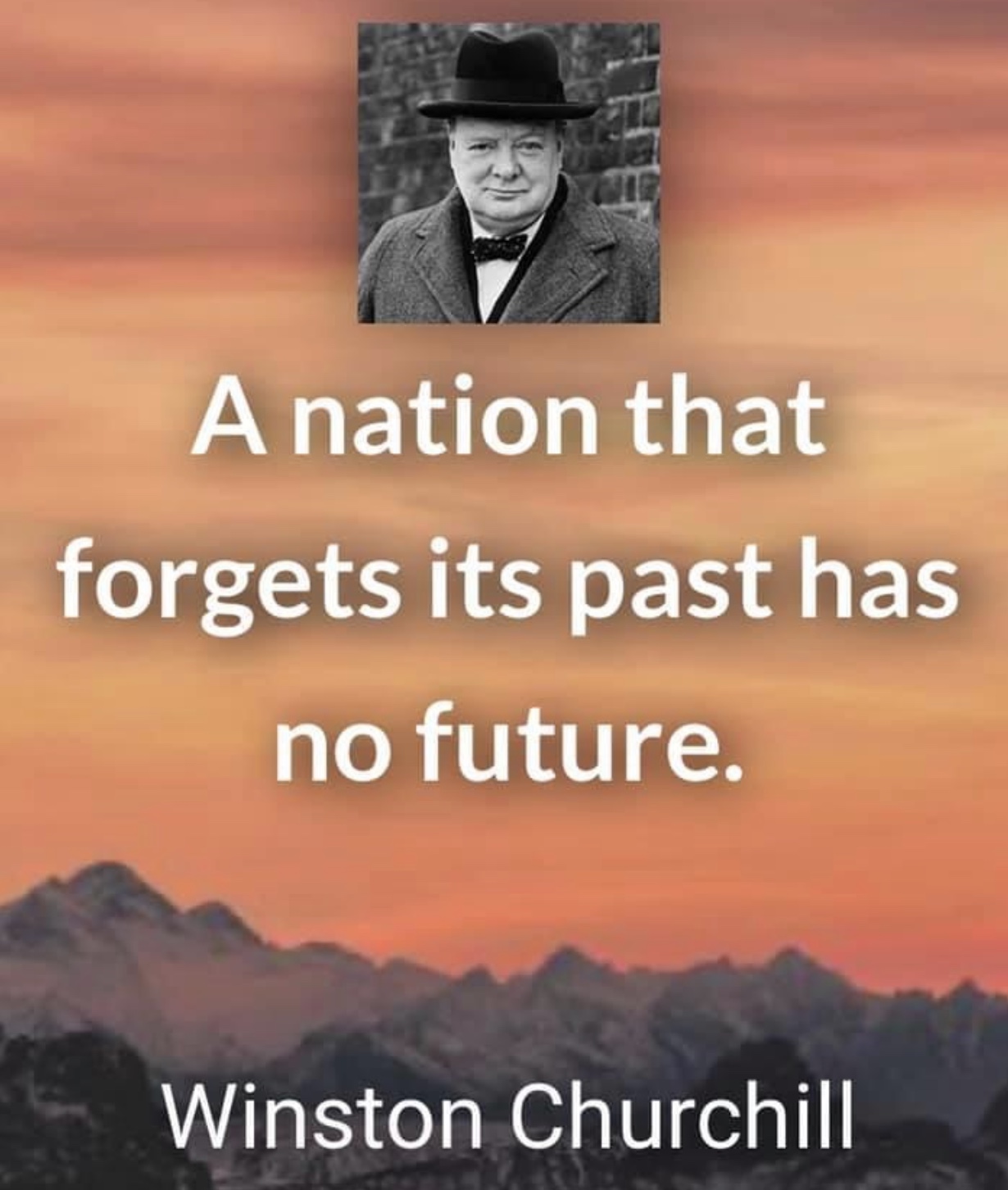 Founding Member
Thanks for the link, Mike. Like PeglegJoe said, people, especially younger people, have had such an easy life that they do not appreciate what the United States really is.

But in all honesty, the kids are only the symptom. Parents of today's lackadaisical kids are just as responsible for not inducing in the kids things like respect for authority, respect for the elderly, and most importantly respect for themselves. I'm not beating up entirely on parents, I recognize that many of the failures mentioned above are due somewhat to outside influences like the indoctrination kids get in schools today, current laws regarding corporal punishment, etc, PC ideology, and the general attitude of much of today's society. It's ultimately the result of too many generations of an 'I want it, and I want it now' attitude and never having seen/experienced the other side.

Now I'm not stereotyping all of today's parent into this, but we all know at least a few who fit this description. So self absorbed they actually count on technology to baby sit for them. When the kids of those few associate with the kids whose parents have truly tried to steer them right, it just makes it 1,000 times harder to keep that kid right. They are far too often influenced more by the actions of the other kids they associate with than by the actions of their parents. Just think back to how many times you may have heard "Well yeh, but Johnny's parents let him do so-n-so." Or "Well yeh, but Johnny's parents bought him a $1000 phone and a $300/mo phone contract." And it goes on and on.

So many forms of social media (and I'm not beating up on that either, just the way in which it's too often used), far too much 'instant' communications gratification and capabilities for young minds, too many parents self involved, and the list goes on. This is not a problem that can be fixed overnight, but if we don't start fixing it soon we'll all see a very undesirable result. We'll ultimately lose the greatest country ever conceived by man. And realistically, once it's lost, it will never be regained.

Where Dr Gorka has seen it from first hand experiences, most of us will only see it in hindsight. When he says "When, as a child, you see the scars on the wrists of your father that his torturers left there, you know in your soul that evil is real and that it lurks in the hearts of men… and you never forget it." that's a dire warning. Fortunately...... but also unfortunately, not many of today's kids have ever witnessed anything like that, but absolutely believe they have been treated by and subjected to the worst there is or ever was.

I've been around this old dirt ball for a long time, and I've seen an awful lot over the years. Some good, some not so good. I likely won't be around to see the total collapse of our great country if/when it happens, but I have seen so much that I fear dreadfully for my grand kids and their kids. They will never know of the freedoms I've known, nor will they ever know the self satisfaction of being a self reliant, constructive and productive member of a free society like I have.

Nothing I've written here is in any way intended as an insult towards anyone. Just my heartfelt thinking and beliefs based on all I've seen in over 7 decades. I've lived and witnessed first hand more than 30 years of seeing the teachings of some/most of our educational entities go from teaching of our country's and our democracy's hard fought history and honor, to an ideology of near socialism and/or 'free for all'. If you don't believe that, just ask the next 10 high schooler's you meet to name you 3 of the 10 amendments that make up the B of R's. Or ask them why the B of R's even exists. Or what country we fought our freedom from and why. Or something as simple as to say the 'pledge to the flag'. I'll wager that not one in ten can answer all or any of those question accurately or with conviction. I've tried it with my own grand kids, neices/nephews, and it's sad but true. Many Elementary schools in my state do not even teach the pledge to the flag any more, damned few of them even display the flag in classrooms anymore, and typically have not done so in more than 15-20 years. And it breaks my heart to think it may only get worse.

Just something I've pondered over many, many times.
J

Fine article. Good to get to know Dr. Gorka. I agree with all the comentors, you are the backbone of America!
Old John Wayne is pretty sick from a black widow bite. I've lost 34 pounds in 2 weeks.
I'll try my best here.
What we a seeing is a perfect storm coming together. Long term education propaganda in the school systems coupled with so many households missing a parent. A gradual leaving of he churches. The Boy Scouts don't honor the 12 points of the Scout Law. They think it's ok to send gays on camp outs now. Gangsta rap videos, violent movies and video games. City mayors and councilmen ordering Police to stand down which empowers the burn, loot and destroy groups which is aiding and abetting. The george soros District Attorneys aren't prosecuting felonies. Kim Fox of Chicago forgave over 29,000 felonies. Relentless lies and media falshoods against our President. We should have treated the last president the same way! We all will have to foot the bills for this damage through our insurance premiums.
Our postal lady who does passports says high school and college age kids can't sign their name only print it which is illegal and the app rejected and the parent come in furious. These kids cannot address envelopes or balance a checkbook so the postal employees have to do it. We have show up at the machine shop for jobs with no training. They can't even read a tape measure. They talk of how broke they are and I ask how do you afford cigarettes and all those tattoos? They never answer. That is why us old people are cherished by my 41 year old boss ;^)
Be ready!
You must log in or register to reply here.
Share:
Facebook Twitter Reddit Pinterest
Top