Staff member
Hello all, here is today's article posted on TheArmoryLife.com. It is titled “The Japanese Type 26 Revolver’s Fatal Flaw” and can be found at https://www.thearmorylife.com/japanese-type-26-revolver/. 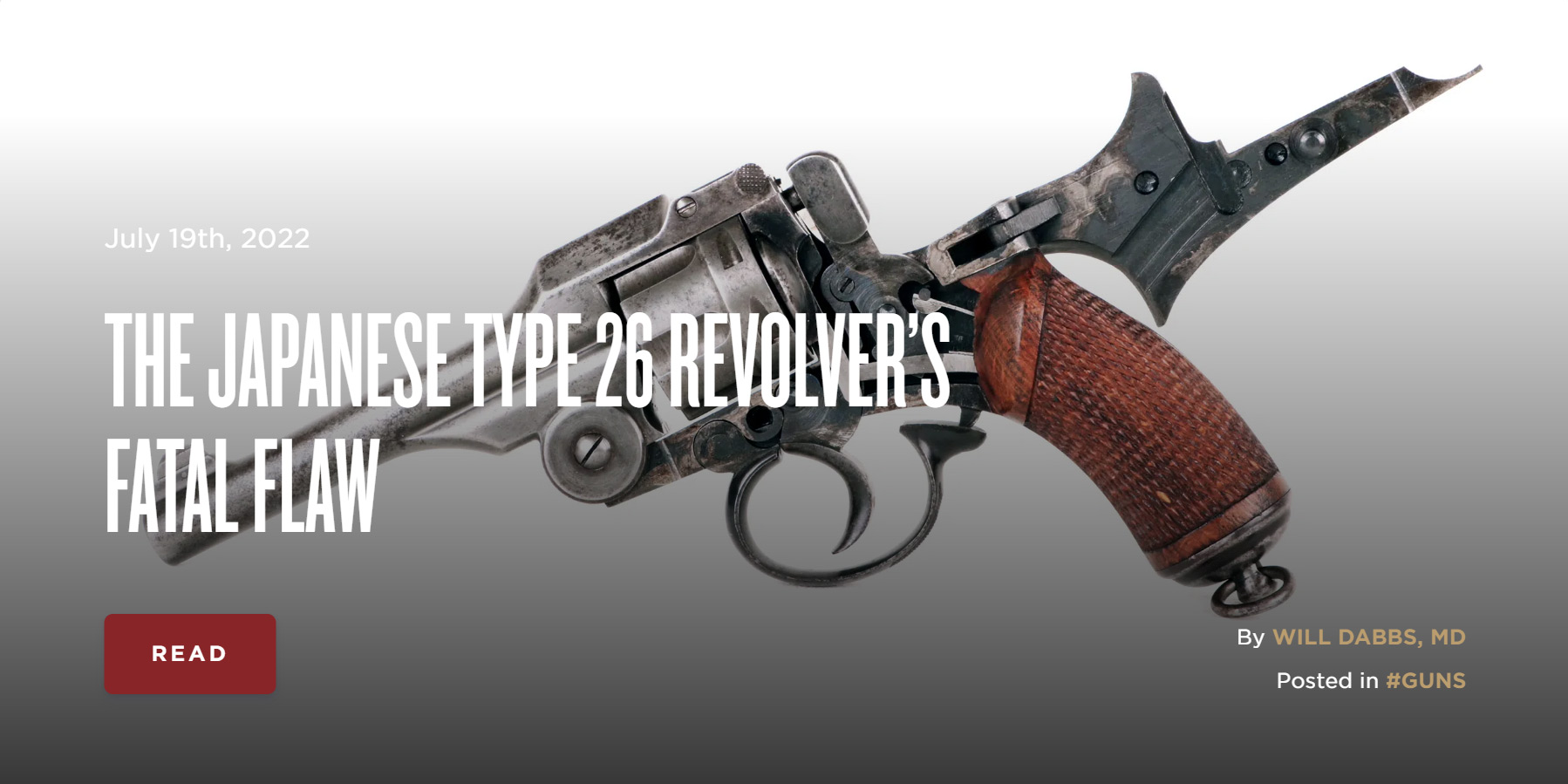 Great article Mike H. One of my childhood friend's father aquired one in a similar manner as the Marine in the article.
B

Fascinating really, when you look at most of Imperial Japan's Small Arms, and how antiquated they were. Starting the war with type 30 and 38 rifles and then producing the type 99 half way through as the 6.5 Arisaka was underperforming. The good doctor is correct that wars are won by the logistics and not the small arms. Hitler had a similar blind spot with the Kar 98.
One can't help but wonder how the war would have gone, had they started it with the weapons they later developed, but couldn't produce enough of. I think they still would have lost, because neither country had the production capacity the US brought to the table, but it would have taken far longer.
I find it fascinating as well that such a flawed pistol stayed in service for so long. One would think that the cylinder issue would have been addressed over that time frame.
You must log in or register to reply here.
Share:
Facebook Twitter Reddit Pinterest Share
Top