RickAnderson said:
It looks like to me the kingcobra pilot got out of position. Either turned too late or was flying formation off the other fighters and went wide. Trying to correct he was looking at ground cues, or looking at the other fighters that he went wide on in the formation. So their relative positions and configuration of fighter aircraft, his view of the B-17 was blocked, so if the pilot looked back for other aircraft he never saw it. He also didn't catch he had started to descend in the turn. This makes sense to me.

It is "speculation" based of what little information we have. There will be more info and the final analysis could be very different.
Click to expand...

The Jason Whitely post has the vid with a telling perspective.

@JasonWhitely
·
22h
#BREAKING: New angle of the mid-air collision obtained by @WFAA shows B-17 and other aircraft flying formations at #WingsOverDallas at 1:21p today, when it was hit by a P-63 and fell to the ground over the airfield at Dallas Executive Airport (RBD).

With that course he had full view of the B-17 but was trying a risky maneuver going too low & fast and realized it too late.

After looking at 6 vids that's my perspective. The bottom-line is all involved are deceased, and condolences to the families & the CAF.

Not sure other aircraft having full view of the belly of the Kingcobra had to do with anything?

The latest videos shows the same as the ATC network graphics. At 4 sec, you can see the other fighters for a moment turning and going out of view, the king cobra turning later than them and converging on the B-17 while still in a turn like the other fighters.

I do agree, in the latest video, it does appear the nose position of the kingcobra he should have been able to see the B-17. But that also assumes he was looking at the B-17. Remember there were other fighters turning in the formation.

What the investigators have by now, that the public does not at the moment, is the flight conduct brief and how this was all planned. That will really determine what went wrong and explain things that we are only speculating.

The latest video, I'd agree you can rule out the blocked view causing the kingcobra pilot not to see the B-17. But it still appears its very possible the kingcobra was flying formation on the other fighters, turned late and went very wide in the formation. He could be looking at the other fighters trying to correct and had his head turned away from his current path and not looking straight ahead at the B-17. This also would make it easy to pick up a descent in the turn.

Performing some risky maneuver? Is this part of the show, I doubt they would have all these aircraft in close proximity and have one zoom over the top or under the other as part of the plan, but I haven't seen one live or the entire show on video of this group. The kingcobra pilot going off the plan to show off and screwed it up? That would be the last time he would ever fly with the group if he did.

There are also of other very rare possibilities, like a pilot suffering a heart attack, or committing suicide taking out someone he had grudge against with him, etc... Wildly unprobeable but has happen in the past.... (not sure on flying one airplane into another as murder suicide, but suicide by airplane and murder suicide crashing a single airplane with all aboard)...

At this point, my best guess, or 2 cents, is the king cobra got out of formation with the other fighters and was trying to get back into formation with them, and thus was never looking at the B-17 he flew into. If their flight plan has two separate formations of aircraft flying in close proximity of each other, I don't know that, but it appears to be that in the video, they may change that. The least malicious scenario IMO, one pilot screwed up and got way out of formation with the aircraft he was in formation with, causing him to collide with an adjacent formation.

RickAnderson said:
Not sure other aircraft having full view of the belly of the Kingcobra had to do with anything?
Click to expand...

I didn't say they did.

What I implied was the P-63 pilot wasn't looking at them since he couldn't see them, and he was ahead of them.

I've made my points & done now.

Faulkner said:
I don't have a problem with charging admission to an air show. No difference than charging for a gun show.
Click to expand...

even the Air National Guard/Reserve, where this took place on thier air field, donated thier time...it was all donations that put on those shows.

you simply cannot go decades of FREE, and drop the bomb on the people and expect to charge them, it just ain't gonna happen..

KillerFord1977 said:
P-63 being a low wing aircraft, the pilot in a bank that he had would put the wing obstructing his view of the B-17 at his 1 to 2 o clock as he came in as seen in the videos.

Horrible regardless of how it happened.

Who knows.
NTSB will find out
Click to expand...

i was thinking mechanical failure 1st, before pilot error...

the investigation will determine the fault, and who to blame it on

the investigation will determine the fault, and who to blame it on
Click to expand...

Hmmm, at this point we certainly can't rule out a mechanical failure, and a pilot in close proximity to other struggling with controllability problems or a mechanical failure would be more likely to collide with others.... ....but by appearances, which is NOT the whole story, someone got way out of position and because of multiple aircraft and formations, was simply looking at another aircraft and not seeing the one he was closing on...

I saw another video on social media, but honestly it really just looks someone zoomed in on and cleaned up the video that is already out there, but it does show the collisions much clearer..... .....but looking for the video, I found this analysis from someone that has flown these aircraft and even with the commemorative AF....

The fundamental problem is the Cobra pilot did not clear his flight path for some reason. Beyond that at this point we can only speculate and I don't have enough brain cells to spare for thst. 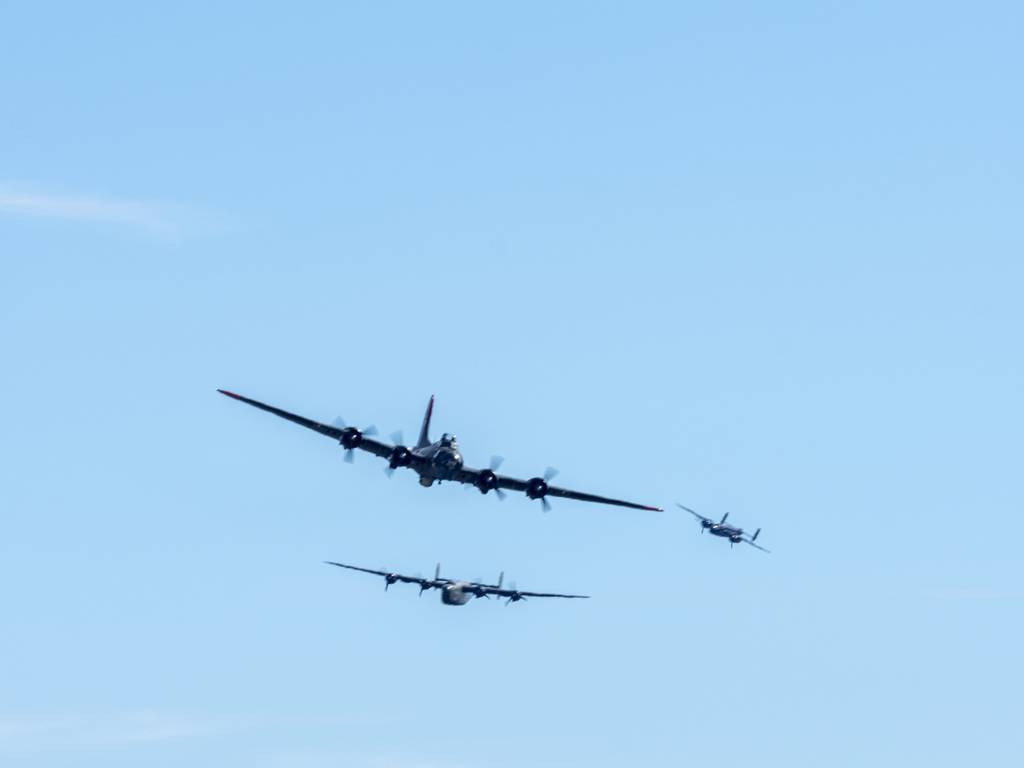 Officials have also released the names of the six people killed in the collision between two vintage military aircraft at a Dallas air show.