One of the hallmarks of a world power is the ability to design and make your own weapons. Italy at the end of the 19th century, with a comparatively weak economy and industrial base, was struggling to stay in that elite club.

As the age of the smokeless powder, small bore military rifle dawned with the French 1886 Lebel rifle kicking off the party, Italy managed to design and finalize their new 6.5x52mm M1891 Carcano with respectable speed. They weren’t quite so quick as the Germans British, Swiss or Russians, but they were faster than the Danish, Austro-Hungarians, Americans and Japanese.

I would argue that the Italian M1891 Carcano clearly outclassed the French Lebel, German Gewehr 1888 and Swiss 1889 Schmidt-Rubin straight pull rifle, all of which were obsolete shortly after they were fielded. Of that first generation of smokeless powder bolt actions, the Carcano, Mosin-Nagant and Austrian M95 Mannlicher, would stay in service virtually unchanged other than barrel length, through the mid-20th century; and the Carcano and Mosin Nagant actually stayed in production through World War II!

Clearly the Italian and Russians designs proved to have real staying power. That is not to say that they were the finest pieces of military engineering and manufacturing prowess, but they had their merits and were as good as they needed to be to maintain parity with the enemy on the battlefield. Perhaps most important was that both were within the practical industrial capabilities of the nations that made them.

For Italy, the M91 Carcano was an attainable goal thanks to its low-cost simplicity, and comparative crudeness. Loose tolerances are easier and cheaper to maintain in production than tight ones and nothing is gained by keeping tight tolerances where they aren’t needed.

A minimalist design at the outset, in the M91 the Italians showed a practical brilliance at the strategic level. It’s a good thing they did. As it turned out, of all the major powers, Italy seemed to have the most difficulties fielding its new rifle, and particularly producing the new 6.5x52mm smokeless cartridge for it.

The problems were of an economic and manufacturing nature rather than ones of design. Rifle production was slow at the state arsenals. Quality control and logistics management problems plagued the ammunition and took years to straighten out. It can be fairly said that the 162-gr., long for caliber, round-nose bullet 6.5x52mm was a good martial cartridge that suffered from incompetent manufacture and distribution.

Just making a jacketed bullet capable of accelerating from zero to 2,300 feet-per-second in the span of a 30.7” barrel without tearing apart proved challenging. No blackpowder lead bullet ever had to move that fast!

One of the solutions the Italians utilized in the M91 was gain-twist rifling. This was a top-secret feature at the time. The twist started out slow at the breech end, to ease the bullet into rotation, and steadily increased the twist as it moved toward the muzzle. It was a clever solution and it certainly helped at the start, but improvements in the ammunition probably made it irrelevant eventually and later variants of the M91 had conventional twist rifling.

The Italians were the first among a minority of nations that opted for a 6.5mm bullet (to learn about the long history of 6.5mm bullets, click here) rather than a something in the 7mm to 8mm range. While it might seem underpowered in comparison to .303 British, 8mm Mauser and the other big boys, the Italian cartridge was flatter shooting, had much more manageable recoil and allowed the soldier to carry more ammunition because of its lighter weight. On a strategic level, the smaller cartridge was less taxing of the economy to make because it required less material to manufacture.

In addition to mild recoil and lighter weight (only the M95 Mannlicher was lighter), the M91 Carcano rifle had a six-shot magazine at a time when most military rifles only offered five shots. This gave the Italian soldier a slight edge in firepower against the Austro-Hungarians in World War I.

Also in the M91 Carcano’s favor was faster and foolproof loading compared to all its peers, with the exception of the German 88. Both used a Mannlicher en-bloc clip designed for intuitive loading with either side of the clip up. All the solder need do was ensure the bullets were facing toward the muzzle. The clip kept the cartridges in the ideal alignment for feeding and dropped out the bottom of the action when empty.

Lacking the en-bloc clip, the M91 was a single shot; but all ammunition for the rifle was issued in clips so this wasn’t a practical flaw. Likewise, the open bottom of the magazine, which appeared to offer a path of ingress for dirt and grit to possibly jam the action, was not a notable weakness in the field.

The huge operational losses of men and equipment that the Italian Army suffered in World War I necessitated an increase in rifle manufacturing capacity, which is why you see so many guns made at ROMA and Mida Brescia during the war.

There were also two carbine versions of the M91; a folding bayonet Moschetto da Cavalleria, for Cavalry, and a Moschetto Truppe Speciali for artillery, naval forces, and other “special troops” that would be better served by a carbine with a separate bayonet. When you consider overall carbine production through the end of World War II, over 1,830,000 were made, though the M91/21 TS carbines were actually made from World War I M91 rifles.

When you add in the production of the 21” barrel M91/38 short rifle and the 27” barrel M91/40 rifle used by the Italian Army in the World War II era, the total number of Carcano rifles and carbines made is estimated to be around five million.

The M91 first saw use against Italians in the 1898 Milan Riots, then in the 1911 Italio-Turkish War in Tripolitania, World War I, the Second Italo–Abyssinian War in 1935-36, and World War II in North Africa and in Europe.

By 1940, shorter barrel variants of the long M91 rifle were usurping its front-line role. After World War II, the Carcano’s days were numbered as Italy’s primary military rifle and nearly all of them were sold off as surplus around the world. Curiously, the handy carbines remained in many police arsenals until relatively recently.

American Small Arms on the Day of Infamy 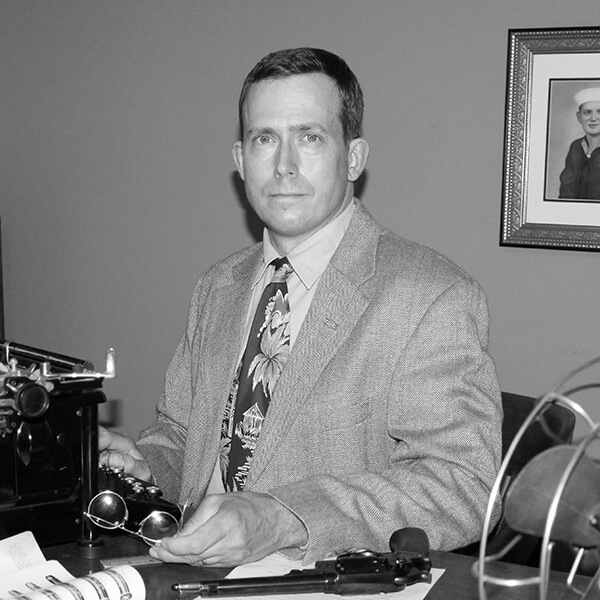