Veteran cop and gun writer Scott Wagner gives us his Bianchi Shenandoah holster review. Also known as the Model 175, this CCW rig offers some real benefits worth considering no matter what pistol you are carrying. — Editor

While working patrol late one night in 1986, I was dispatched to a local hotel to assist the special duty officer with an unruly drunk. That particular hotel ­— which was a decent place — also housed a popular bar whose entrance was near the front desk. Occasionally we would have customers leaving the bar run afoul of the simplest of directions given to them by the special duty officer. Such was the issue that night with a patron who was loud and refusing to leave when requested by the manager and the officer.

Just one year before — not long after I got out of the academy — we changed our duty holster from a plain thumb break rig to a Level II security holster made by Bianchi. Bianchi Leather had been started by John Bianchi, an LAPD officer who retired and went into full-time leather gear production. Our duty handgun at the time was a .357 Magnum revolver. It was a nice combination.

I met the special duty officer in the lobby. As we talked, the suspect emerged from the bar. It didn’t take long to realize that nice talk and de-escalation were not going to be practical options since the suspect drew back his fist to throw a punch as we asked him what he was doing. We took him down to the ground, pinning him on his back initially.

As we worked to control him, I could feel him tugging on my handgun. Fortunately, the Bianchi security system held my revolver in place. I raised up, locked his hand in place with my right hand and drew my Mace with my left hand and sprayed him. The Chemical Mace did the trick and the suspects gave up. He was quickly cuffed and taken to jail.

I carried my revolver in that rig until we switched to .45 ACP pistols two years later. I am still grateful to John Bianchi for his holster design.

A number of years passed, and Bianchi was eventually bought out by Safariland. While Bianchi no longer makes duty holsters, it certainly makes some fine holsters that are great for off-duty law enforcement carry as well as for civilian concealed carry. And in my opinion, one of Bianchi’s best concealment holster’s is the new Shenandoah OWB/IWB.

The Shenandoah is a hybrid holster design in both construction and function. First, let’s look at construction. The “baseplate” and interior parts are made from precision-molded polymer. The polymer portion contains the “Pinch Retention Device”, which provides a measure of security. The baseplate also anchors all the screws — save one — that hold the remaining operational parts in place, such as the belt loops and the IWB blanks used to convert the holster function.

The polymer is molded to fit above the holstered handgun to form a protective guard that keeps the rear of the pistol slide from coming in direct contact with your shirt or skin. The baseplate is also where the outer full-grain leather shell is mounted. The leather outer really gives a distinctive premium look to the entire holster when viewed — the baseplate is not noticeable while wearing the holster. The Shenandoah is available in plain black or tan leather. I chose the tan version so that the Springfield Armory Hellcat I requested it for stood out better in photos.

The Shenandoah also qualifies as a hybrid holster in terms of function. It is designed to be used as an inside-the-waistband (IWB) or an outside-the-waistband (OWB) holster that the user can switch between using a simple conversion process that only takes a couple of minutes to accomplish.

The Shenandoah comes packaged in its IWB guise. For IWB carry there is an adjustable single “IWB No Tuck Device” (belt hook) to link the holster to the belt. There are additional adjustments that can be made to enhance comfort when using the IWB mode, including the addition of an included “appendix pad” for better positioning and comfort.

After a day’s test carrying the wonderfully lightweight Hellcat in the IWB mode, I switched the Shenandoah to OWB carry. At my age, there are very few IWB rigs that I find comfortable. Fun fact; apparently as you age, your skin thins, and the nerves under the skin are more easily irritated, which is what has been happening to me of late. IWB holsters that use polymer, Kydex or even leather in their construction — even if they are well-designed like the Shenandoah — are simply too irritating for me to wear for extended periods.

Now for the reason I told the story about being saved by a Bianchi security duty holster. The Shenandoah is equipped with a Pinch Retention Device (PRD) located on the inside of the holster. This plastic clamp latches onto the trigger guard of the pistol. The PRD is a passive lock that does not require the push of a latch to release it. All one has to do is give it a firm tug to release it — which means that the Shenandoah won’t hold your firearm in place when yanked firmly by an opponent. It may, however, buy you a couple of seconds of time and keep your gun in place during rough and tumble activity, like rolling around on the ground during a struggle

Once I had converted the Shenandoah to OWB carry, I was ready for a multi-week test. But there was one other modification I wanted to make, and that was to the Hellcat itself.

The folks at Bianchi put a lot of thought into the Shenandoah design. It is a perfect mate for the Springfield Armory Hellcat. Its nearly neutral cant (the relationship of the pistol muzzle to the ground) makes it difficult for an aggressor to pull the pistol out of the holster from the front or the rear. The pistol must be cleared from the Shenandoah holster nearly straight up.

Once mounted on a well-constructed gun belt, the polymer belt loops automatically lock the holster in place. There is no sliding forward or backward. The Shenandoah rides high on the belt and close to the body, yet leaves plenty of room to obtain a full “ready to shoot” grip as you access your pistol. The combination is extremely easy to conceal under a light covering garment. For the brief time, I carried the Hellcat in the IWB mode, much the same was true. The position was very good, and the Hellcat’s grip could be easily accessed, clearing the Hellcat easily.

This Hellcat is a joy to carry in the Shenandoah holster, even more so with the lightweight 65-gr. Novx Engagement: Extreme high-performance ammo I keep loaded in the pistol’s primary magazine. I experienced zero fatigue when carrying this combo over an eight-hour day. A better pairing doesn’t come to mind. The MSRP of the Shenandoah is $78. 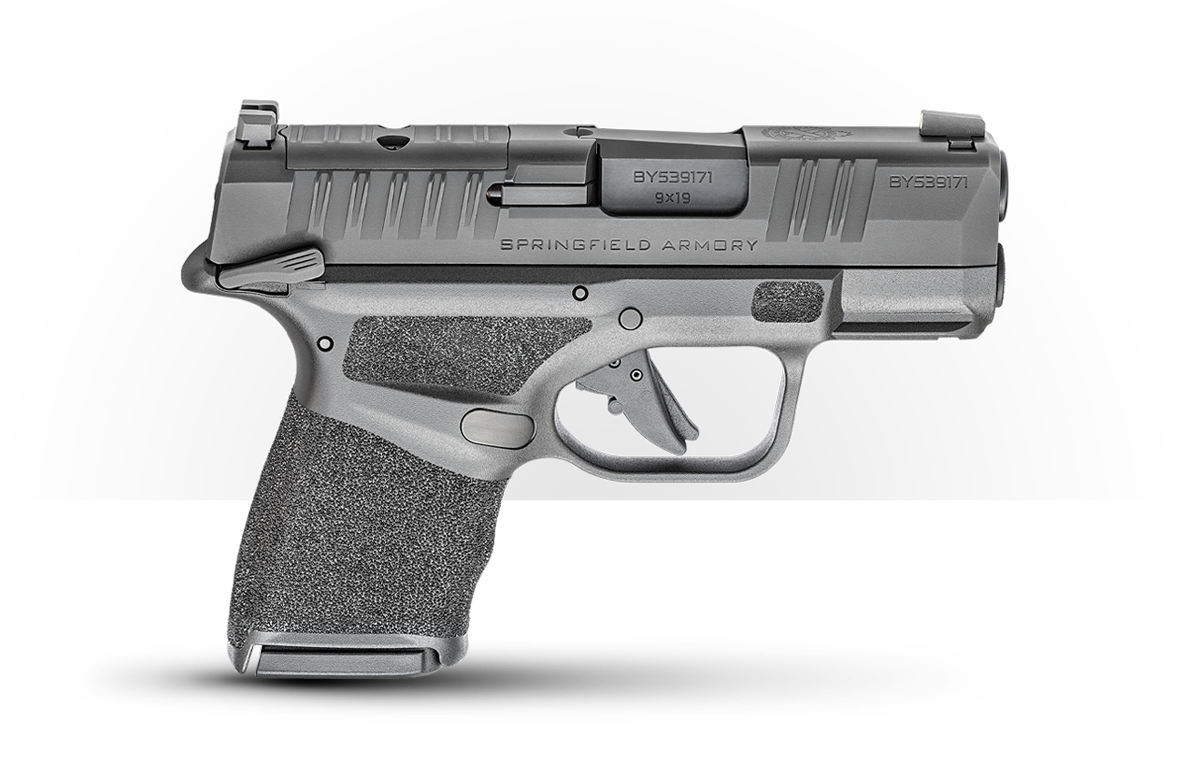 How Do I Pick a Holster?

Scott W. Wagner is a criminal justice professor and police academy commander in Ohio. He started his law enforcement career in 1980 as a reserve deputy sheriff. He later became an undercover liquor control investigator in 1981 and narcotics investigator in 1982. In 1984, he became a full-time patrol officer for a municipal police department. In 1991, his career changed to law enforcement instruction at a community college. At the same time, he took a position as a reserve deputy sheriff with a rural Ohio agency, where he spent 20 years as a patrol deputy, trainer, and SWAT team member, earning the position of sniper and assistant team leader. The final 10 years of his career was spent as patrol sergeant with a village police agency, retiring in August of 2020. Scott is a police firearms instructor certified to train revolver, semi-automatic pistol, shotgun, semi- and fully automatic patrol rifle, and submachine gun.