Would you believe it if I said that hiking around the woods and catching fish is my work? I own a fly fishing guide business in Utah named “Chunky Trout Outfitters,” and in order to stay up-to-date on where the fish are hungry, what they are eating and what lakes are hot for the week, I need to fish on my days off from guiding as much as possible.

Since fishing is one of my favorite things to do you will never see me complain about this. On one particular day this past summer I decided that I wanted to check on a fishing spot and set up a new trail camera for hunting on the same day. This was a hike-in fishing spot where I had often seen a lot of elk sign, so I figured I’d kill two birds with one stone and hike in, catch some fish, set some trail cameras and head back by dark.

I had an over-the-counter archery cow elk tag and I was trying to find a new spot with a lot of cows (female elk). I started up the hill in the early afternoon and explored some new country in the woods around the lake. I hiked for hours and carefully checked the mountain for elk droppings and rubs. This section of the mountain was rugged with tons of ponderosa pine trees and basalt boulders covering the landscape.

After hours of wandering, I set two trail cameras. The first was on a water source that was surrounded by elk tracks in the mud. This water source was a natural mountain spring that appeared out of nowhere in the middle of the woods. I set a camera there and continued up the mountain. I set the second camera right by an elk shed that I had just found.

Through the thick woods I saw the white antler sparkling in the sunlight and I couldn’t be more excited. Elk naturally shed their antlers in the spring and there is nothing more exciting than finding one when you are least expecting it. I set my last camera there and continued down the hill in route to catch some fish at the lake below.

I made it to the lake with a couple hours of daylight left which is prime time for fly fishing. I set up my rod and reel and threw on one of my favorite flies for this area and began catching fish. This lake holds some beautiful, bright red Cutthroat that are extremely feisty. When I’m fishing a hike-in lake I often spread out my fishing gear on the bank and fish with just my rod in hand. Keeping my backpack and gear on the shore makes me more mobile to move around the lake as needed.

On this day I had a pile of gear on the bank behind me which was surrounded by thick pine trees and bushes. The fish were really hungry that day and I caught some beautiful, large Cutthroat.

About an hour before dark I was startled by the sound of something moving in the thick woods behind me. There was a little hill above me, and I could not make out what was approaching me.

A couple minutes passed slowly, and I could still hear the movement. However, I couldn’t see what was making the noise. I made the split-second decision that I was going to reposition myself and try to hide from this mystery sound, but also get a new angle to see if I could spot what it was.

I crouched down and snuck around the bushes to a nearby part of the lake. The lake is lined with thick berry bushes that are as tall as I am in some spots, so it wasn’t very hard to use them as cover. As I snuck around I found a gap in the bushes where I could stay concealed but also see out and up the hill.

Was This a Threat?

My heart sank when I realized what was creeping through the woods around me. Upon hearing the sound, I expected a bear or an elk was coming to the lake for a drink. To my surprise it was a man. This man was not a clean-cut, harmless-looking man. My heart pounded as I saw what he was doing.

The man was about 6 feet tall with black and grey long hair about to his shoulders. He was wearing loose cargo pants and no shirt. Around his neck he had cheap binoculars that were harnessed to him with a string. On his back he had a large backpacking pack that looked like it had about 60 lbs. of gear in it.

All the crime stories started playing in my head about people who lurk through the woods and commit awful crimes against hikers and campers. I was on alert and I was thankful that my Springfield 1911 RO Elite Operator chambered in 10mm was on my hip. I practice with that gun often, as it is my favorite open carry gun in the mountains, and I wouldn’t want to be on the receiving end of it.

What made me most nervous about this man, besides his disheveled appearance, was what he had been doing in the woods that whole time. When I snuck around to get a new angle on him, I saw that he was using his binoculars to look down at where I was fishing, and my gear that was on the bank. That whole time that I was hearing something in the woods he was likely sneaking around looking at me through his binoculars. What could this man possibly be up to? What did he want with me?

I decided to head back to my fishing gear and keep fishing like normal. I at least knew what was lurking in the woods now, and I had my 10mm on my hip now which gave me confidence. Maybe he would just leave me alone. As I started fishing again, the man disappeared back into the woods. About two minutes later he popped out of the bushes and was there just 10 yards behind me. He started walking through the bushes straight at me.

“Stop!” I yelled at him with a stern, loud voice. “Do not come any closer.”

The man looked at me, almost with a smirk on his face. “Are you catching any fish?” He asked. I replied with a quick “no” in hopes of making our conversation as short as possible. He said, “Oh, I saw you with one earlier.” That simple phrase gave me confirmation. Just like I feared, this proved that he had been watching me from the thick woods with his binoculars. Whether this man was harmless or a threat, I asked him to step away and leave me alone.

He acted surprised that I was so stern with him, but he did head back into the woods. Rather than hiking back in the dark like I would have normally, I decided to pack up and head out with a little daylight left considering the circumstances. This man may have been totally harmless, but I personally think there is no good reason to stalk and approach a woman when she is alone in the wilderness.

I hope anyone reading this can think about the desolation and solitude of the mountains and realize that their actions may come across threatening to any person in that situation. On the contrary, I hope that women reading this realize that it is never our responsibility to be nice to strangers. As one of my favorite crime podcasts states “be weird, be rude, stay alive.”

In any interaction with a stranger in what could be a threatening situation, we are not required to be nice. Sometimes treating the situation like it could be dangerous and being stern with the potential predator will scare them off to look for an easier target. No matter what this man’s intentions were, the scare in it was that he was creeping through the woods and looking at me with binoculars for who knows how long.

On top of that, he also approached me half undressed and disheveled with all his property on his back. That alone was suspicious, and I was not about to be friendly with him. No matter what the situation is, I find it best to always have a firearm on you so that, if God-forbid that moment ever comes where you need to use it, you are ready. Your life is worth defending from any predator, human or animal. Please let this story be a good reminder to always carry, and always keep your firearm securely on your person. 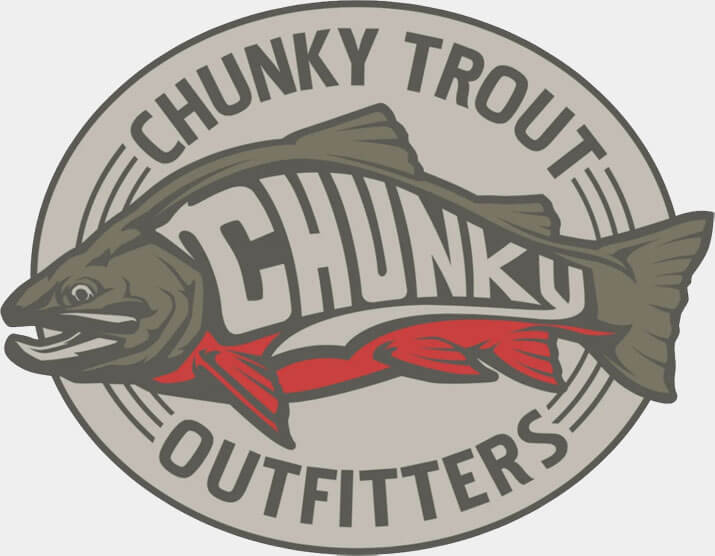 Bridget Fabel is an avid fly fisherwoman, bow hunter, and 2nd Amendment advocate originally from the small town of Stillwater, New Jersey. She grew up on a farm loving the great outdoors and decided to move west by herself at the age of 20 to the beautiful state of Utah where she now resides. Moving west and exploring the desolate mountains alone for hunting and fishing can be a rare and intimidating undertaking for some women, but Bridget learned to embrace her independence and freedom through her ability to carry firearms and protect herself everywhere she goes. Now a proud concealed carry permit holder for five years, Bridget likes to conceal carry and open carry daily. Bridget’s biggest passion is sharing her love and confidence in the outdoors with the young men and women of America.