We’ve all been there. We’re watching a movie with some secret agent, retired SpecOps guy, person trapped in a virtual reality, etc. All of a sudden, a weapons room with row after row of amazing guns and gear appears before your eyes. You think, “I know that one!”, or “I wish I owned that one!”, or just simply, “Wow!”.

Following is a round-up of some of my favorite movie gun arsenals — some realistic, some downright ridiculous. But all of them are impressive and represent what I’d like to be able to add to my own gun collection!

There are two gun room scenes in this one. In the beginning, when the mercenaries assault John Matrix’s (Arnold) house in the mountains and kidnap his daughter, he accesses a gun closet in his shed via a keypad. Inside are numerous pistols and long guns. He grabs a handgun and a rifle and heads out to confront the bad guys, but it doesn’t go so well.

Later, when he’s gathering supplies to launch a rescue of his daughter, he takes his new sidekick, Cindy (Chong), to a gun shop — a very special gun shop. It’s never explained, but we have to assume Matrix went to this specific location knowing it concealed a gun-running operation of some kind — either that, or he got really lucky and this place, by pure chance, had a gigantic secret room in back accessed by a button under the counter.

The arsenal inside includes pretty much every gun used by every character in the entire movie and a few others. It’s like the film’s armorer just emptied his entire trailer. Matrix and Cindy load up a few shopping carts with guns and gear before the cops show up and briefly arrest Matrix while Cindy just gets away in a convertible overflowing with guns.

A buried gun room is always cool. On the run, Sarah Connor (Hamilton), her son John (Edward Furlong), and the T-800 cyborg (Arnold) from the future protecting them arrive at her old friend Enrique’s rural homestead in Mexico, which seems to be a collection of trailers, gutted helicopters and other junk in the middle of the desert.

John leads the T-800 to a large chain in the dirt. He pulls it and opens up a hidden door to a buried shipping container full of guns and survival supplies. Everything is covered by canvas tarps, and T-800 pulls them aside to reveal light and heavy machine guns, rifles and shotguns on racks along the walls of the container.

The T-800 picks up an M79 grenade launcher with approval, before picking up a handheld minigun and cracking his first-ever genuine smile. This gun room includes something important missing from a lot of movie gun rooms: among the boxes of preserved drinking water and MRE’s there are lots of full ammo cans on the shelves. I still don’t understand why they didn’t pack any of the M72 LAW launchers.

“Guns. Lots of guns.” The endless arsenal in The Matrix is a virtual gun room, but it’s an awesome one. When Neo (Reeves) and Trinity (Moss) need to arm up for a mission, the load program on the ship conjures up endless rows of racks of firearms from which they can choose. Yeah, we’ve all wished we could summon endless rows of the coolest guns in the world at will in reality — but isn’t it shocking that a video game hasn’t used a similar visual gimmick? Get to work on that, somebody.

But notice while the seemingly endless gun racks have multiples of the same firearm, there isn’t one spare magazine to be seen. I guess that’s why, during the big lobby shootout in the next sequence, Neo and Trinity are both carrying many firearms instead of spare mags.

I cannot count how many times I watched this movie in high school. It hasn’t aged particularly well (and the sequel is nigh unwatchable in my opinion), but there are some scenes that will forever be awesome, like when brothers Connor (Flanery) and Murphy McManus (Reedus) drop the cash and fancy guns (yeah there’s a beeper in that pile) they got from the two Russian gangsters on the desk of an apparent Boston arms dealer.

He grants them access to a gun room and two gym bags to fill with whatever they want. They react like two little kids who grew up watching 80s action movies — so basically how I would react. The room is packed with rifles, handguns, machine guns, an RPG, a grenade launcher and lots more.

In addition to guns, each brother grabs a piece of vanity gear with questionable usefulness, one a Rambo knife, and another a large coil of black rope … because Charlie Bronson always has rope.

In the first John Wick movie, we’re introduced to the titular assassin (Reeves) in retirement. A stolen car and a murdered dog bring him back into action. He put his assassin life behind him, but knowing it could always come calling, he buried a box of weapons and currency in the concrete floor of his basement. The only way to get to it is with a sledgehammer.

In each sequel, John goes shopping for an arsenal and we get a cool gun room scene or two. In John Wick 3, like everything else, this is ratcheted up a few notches when we get a look at the armory in the heart of the Continental Hotel. This room is truly drool-inducing.

Surrounding the antique furniture and overstuffed leather couches are walls filled with an array of firearms that’s a mix of cutting-edge and museum-level. There are brand new submachine guns, pistols and combat shotguns, but also an array of 1851 Navy, 1858 New Army and Single Action Army revolvers, a few blunderbusses, tons of AR’s and AK’s — it’s like every gun ever put in a video game, but in one room. I just want to hang out in there for, like, a year.

The original prepper couple, Burt (Gross) and Heather Gummer (McEntire), moved to Perfection, Nevada for the isolation and ease of defense against human aggressors. They didn’t count on all the giant, gross man-eating sandworm creatures beneath their feet. But they’re prepared, nonetheless.

In their cinderblock basement is an impressive “wall of guns” that the couple choose from when one of the Graboids tries to tunnel right through their home. Later, they reuse their reloading components to create some very useful pipe bombs.

Since it was 1990 and this movie didn’t have the biggest of budgets, there are a lot of wood stocks and wheelguns in this arsenal, as well as a few straight-up antiques like a Colt Woodsman, a Nambu Type 14 pistol, and a few Lugers. Nonetheless, this is an awesome scene.

So there you have it, some of my favorite movie gun room scenes — and all packed with a bunch of guns I suspect most of us would love to own.

Coolest Movie Guns of the ’80s 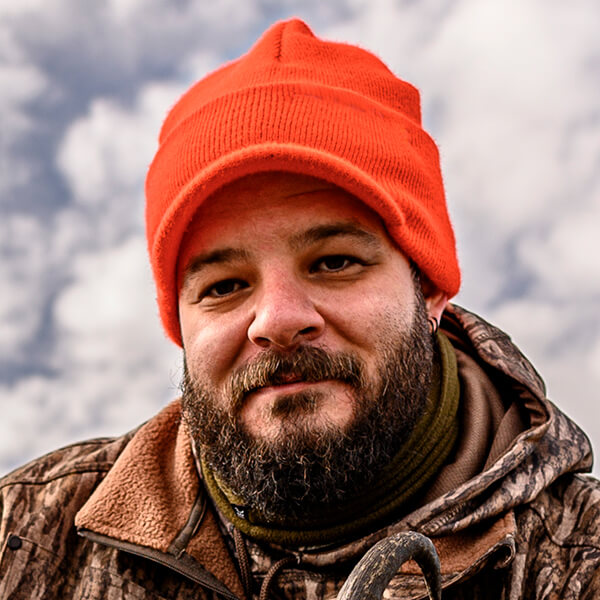