Few portions of our nation’s founding documents are as misunderstood or mischaracterized as the Second Amendment to the United States Constitution: “A well regulated Militia, being necessary to the security of a free State, the right of the people to keep and bear Arms, shall not be infringed.”

The Founding Fathers drafted and ratified the Second Amendment in order to protect the individual right of citizens to possess and carry their personal arms — most notably but not exclusively firearms. The Founders did not believe that they were creating a new right in the Second Amendment; rather, they insisted that they were simply preserving a right that predated the birth of the American Republic.

The Revolutionary generation considered the right to keep and bear private arms to be a traditional right of Englishmen that they had inherited, but more importantly they recognized that this right was an essential element of the natural rights enshrined in the Declaration of Independence (the rights to life, liberty, and the pursuit of happiness). Despite changes in technology and relatively recent arguments advanced, the words of the Second Amendment have the same meaning today as they had during our nation’s founding period.

In two landmark cases — District of Columbia v. Heller (2008) and McDonald v. Chicago (2010) — the United States Supreme Court ruled that the Second Amendment continues to protect an individual right to keep and bear arms, a right that must be respected by the federal and state governments.

Our Founding Fathers were careful students of history, and they understood that they had inherited many fundamental rights from their English forebears. One such right was the right to keep and bear private arms for a variety of legitimate purposes. The English Bill of Rights of 1689, which both Parliament and the monarch were bound to honor, was commonly understood to protect an individual right to possess and use arms for defense of self, family and community.

While the Framers of the Second Amendment were influenced greatly by the English Bill of Rights, English thinkers such as John Locke also shaped their ideas. Locke argued that all men possess God-given “natural rights” at birth — rights that include life, liberty and property (a trio that emerged, in slightly altered form, in our own Declaration of Independence).

Our Founders understood that for these natural rights to mean anything, men had to have the ability to defend their lives, liberty and property from offenders, and government cannot always provide adequate protection for these. Consequently, each individual is ultimately responsible for his own security, and firearms were considered a logical means of attaining that end.

Even before the English Bill of Rights and, later, the Declaration of Independence were written, the American colonies had established a proud tradition of firearms ownership that frequently included laws that required colonists to keep and bear personal arms. Colonists were often expected to bring weapons to church, public meetings and when traveling so as to protect themselves and their communities against invasion, rebellion or common criminal activity.

It is also worth remembering that the Revolutionary War began when British soldiers under General Thomas Gage tried to violate the colonists’ right to keep and bear arms by confiscating privately owned firearms and ammunition from residents of the Boston area. This attempt, which was largely unsuccessful, led to the start of the war at Lexington and Concord.

According to the Framers, what is the “militia” to which the Second Amendment refers? In sum, they believed it consists of all able-bodied adult citizens who are to possess firearms and know how to use them. Importantly, the militia was to be “well regulated” — that is, its members were to be well disciplined, well trained and well-armed. This arrangement was regarded as the ultimate protection against tyranny.

Several of the Founders openly shared their belief that neither an abusive army nor a despot could tyrannize an armed populace. As a last resort, the people could use arms to prevent the subversion of their fundamental, unalienable rights. However, the Founders believed that such a use of arms was unlikely precisely because the people were armed. An armed citizenry was regarded as the most effective deterrent against despotism.

While it is clear that the Founders believed that the right to keep and bear arms is an important individual liberty, is the Second Amendment’s protection of that right still relevant today? The answer is clearly yes. In 2008, the U.S. Supreme Court ruled in District of Columbia v. Heller that the Second Amendment protects the right of individuals to keep and bear arms “for traditionally lawful purposes, such as self-defense within the home.”

The Court reaffirmed this view in its 2010 case McDonald v. Chicago, which declared that the individual right to keep and bear arms is “fundamental to the Nation’s scheme of ordered liberty” and “deeply rooted in this Nation’s history and tradition.”

To be sure, there are people in our country who don’t like firearms and wish that the Second Amendment didn’t exist. Fortunately, though, public opinion polls have shown consistently that most Americans today continue to support the individual right to keep and bear arms as an essential component of their unalienable rights to life, liberty and the pursuit of happiness.

The 2nd Amendment: A Natural Right 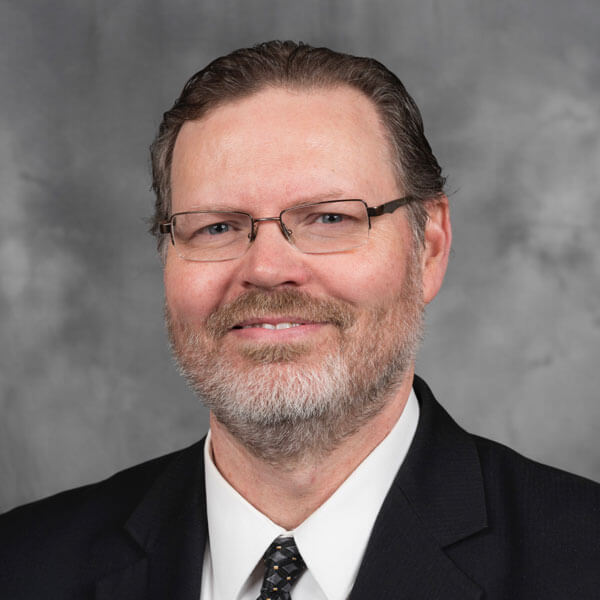 Dr. David Raney is a professor of history and the John Anthony Halter Chair in American History, the Constitution, and the Second Amendment at Hillsdale College in Hillsdale, Michigan. He has taught at Hillsdale since the fall of 2005. Before joining Hillsdale’s faculty, Dr. Raney taught at Grand Valley State University in Allendale, Michigan and, prior to that, at the University of Illinois at Urbana-Champaign, where he received his Ph.D. in history in 2001. Dr. Raney’s fields in graduate school included Early America, the United States since 1815, Britain since 1688, and American Literature. Dr. Raney received his A.B. from the University of Chicago in 1991, where he earned honors in history as well as college-wide honors.