When it comes to shooting small pistols, I need as much help as I can get. When I set out on this Springfield XD-S Mod.2 OSP review, I wanted to know if its optics-ready nature would pair with its concealable size.

The attraction to smaller guns for me is, well, they are small. This often makes these smaller guns easier to conceal and to carry comfortably. Just like everything else in life, selecting a concealed carry handgun requires a series of trade-offs. With the gains that smaller size provides, there is also a downside. Smaller guns tend to have a more substantial felt recoil due to their small size and lightweight. In addition, that small size results in a short sight radius which can make it difficult to make precise hits on small targets or at a distance.

With the introduction of the XD-S Mod.2 OSP, Springfield has taken their reliable, 9mm, single-stack handgun to the next level. The XD-S Mod.2 9mm has always been a shootable gun. Its overall design delivers the sensation of shooting a larger and heavier gun in a slim, single-stack package. And with the new OSP (optical sight pistol) version, as its name implies, this new pistol is an optics-ready gun. This new offering brings the popular XD-S series of pistols into the world of red dots.

Before we get into the specifics of Springfield’s new handgun, I think it makes sense to talk about why adding an optics option to a pistol is a big deal. Since the 1990’s, optics have been available for pistols. They first showed up in the competition world where athletes were pushing the limits. They were big, heavy and delicate. As time progressed, the dots got smaller and lighter.

Ever since, shooters and manufacturers have been pressing forward looking to find the perfect balance of the pistol, the mount and the optic. The result is the massive influx of dots and dot ready pistols over the past few years. What is important to understand is the reasoning behind the trend.

Speed and accuracy were why the competitors were pushing the envelope with red dot sights. They wanted to win, and to win in action pistol sports you have to be fast and accurate. One without the other, and you are with the losers. Compete with both and you increase the odds of winning.

Red dot optics increased shooters’ ability to very quickly obtain a sight picture on a target. The bright red dot is easy to see even when it overlays a distant target. As soon as the dot is on target, the trigger can be pressed. Nothing complex to line up. Literally, point and shoot. You can focus on the target rather than your sights.

The magic doesn’t stop with placing the sights on the target. The dot remains visible during the trigger press and after the shot breaks. The visibility of the dot allows a shooter to quickly understand — and as a result, mitigate — errors in both trigger press and recoil management. With a red dot, the learning cycle of an attentive shooter can be shortened significantly.

It reminds me of switching from shooting a film camera to a digital camera. With film cameras, I would spend a few hours shooting without feedback. Only AFTER the film was developed did I find out if I got it right. This meant slow progress.

When I switched to a digital camera, I was able to see an approximation of my efforts immediately after pressing the shutter button. I could immediately correct a host of errors and increase the likelihood of making the shot.

It’s the same way shooting with a dot. Seeing the red dot during the trigger press and recoil can help the shooter to identify their errors instead of having to wait to see the results on the target downrange.

In addition to increasing speed and accuracy and shortening the learning cycle, red dot sights function with human vision much more efficiently than iron sights. Human eyes are only able to focus at one distance at a time. Traditional iron sights require attention at three different distances at the same time. We need to see our target, our front sight and our rear sight all at the same time. The problem is, only one can be in focus.

Traditionally we are taught that the front sight needs to be in focus. Our brain naturally wants the target to be in focus (especially when it comes to self-defense). You can see the conflict. A red dot sight solves the issue. The human eye assumes the dot is on the same plane as the target. When your eye naturally focuses on the target, the dot also appears in focus … Magic!

Springfield Armory understands why red dot progress is important, and I would imagine that the folks that designed the XD-S Mod.2 OSP 9mm were thinking about the advantages of the dot and wanting to bring those advantages to the XD-S crowd.

The XD-S Mod 2 OSP 9mm retains the size, weight, capacity, shootability and reliability of the XD-S Mod.2 9mm that came before it. The only addition is a slide that is cut at the factory to accommodate a red dot sight. Springfield decided on the Shield RMS footprint for the cut, opening up a variety of sights that present a value to the shooter — including the Crimson Trace CTS-1500 sight that is available with the OSP as a package.

The slide cut is well executed. The system allows you to direct mount the optic to the slide, and as a result, it sits low on the gun. So low in fact that you are able to use the standard-height iron sights with the optic mounted for co-witnessing. There is no need to invest in a set of tall sights as a back-up to your dot.

The location of this cut required Springfield Armory to redesign the loaded chamber indicator for a pivoting lever as on the original XD-S Mod.2 to a witness hole. Also, the pistol comes with a polymer cover to fill in the recess when an optic is not in use. The end result is a small, light, reliable, red dot pistol with a 7+1 or 9+1 capacity depending on which magazine you decide to carry — it includes both, by the way.

The XD-S Mod 2 OSP 9mm is available in two configurations. The pistol has an MSRP of $425, or you can pick it up with the Crimson Trace dot as a package for $549.

When it comes to small guns, shootability is where the rubber meets the road. A defensive handgun needs to be easy to shoot. The red dot helps you make the hits, and the XD-S makes it easy. The XD-S Mod.2 has a stellar trigger right out of the box. The trigger is light, crisp and short, minimizing the likelihood that you will disturb the dot while pressing the trigger.

When it comes to recoil, I have to say I am really impressed. This little pistol shoots like it is a full-size gun. The recoil impulse is light and — even more surprising — it is very flat. The CTS-1500 red dot doesn’t have a huge window, yet I was easily able to keep the dot in the window and make fast follow-up shots regardless of the ammo.

I shot the XD-S Mod 2 OSP 9mm with 147-gr., 124-gr., and 115-gr. 9mm rounds, and all were exceedingly easy to shoot. The most impressive were the Atlanta Arms 115-gr. Elite hollow-point match rounds. These were accurate and fast. The felt recoil was minimal and I was able to make fast follow-up shots without feeling like I was pushing the limits.

The gun ran flawlessly during my review throughout more than 300 rounds of various 9mm rounds, as expected. Also, the optic performed well during the test and evaluation, even though it is not waterproof and I was shooting in a misty rain.

The XD-S Mod.2 OSP 9mm shot well beyond my expectations. Pressing the trigger put a smile on my face.

I am very much of the opinion that your decision making, mindset and skills are going to be the primary factor in your success when it comes to defending yourself and those that you love. At the same time, selecting quality equipment is one of the factors that you can control BEFORE you ever get involved in an unavoidable defensive gun use.

As a result, it makes sense to me to upgrade gear, like defensive handguns, when improvements merit the upgrade. Adding a red dot sight to the top of an already capable handgun increases the efficiency of the tool and the circumstances in which it can be effectively used.

The XD-S Mod.2 OSP 9mm is a sensible upgrade if you are looking for a small, reliable, shootable, red dot-equipped defensive handgun. 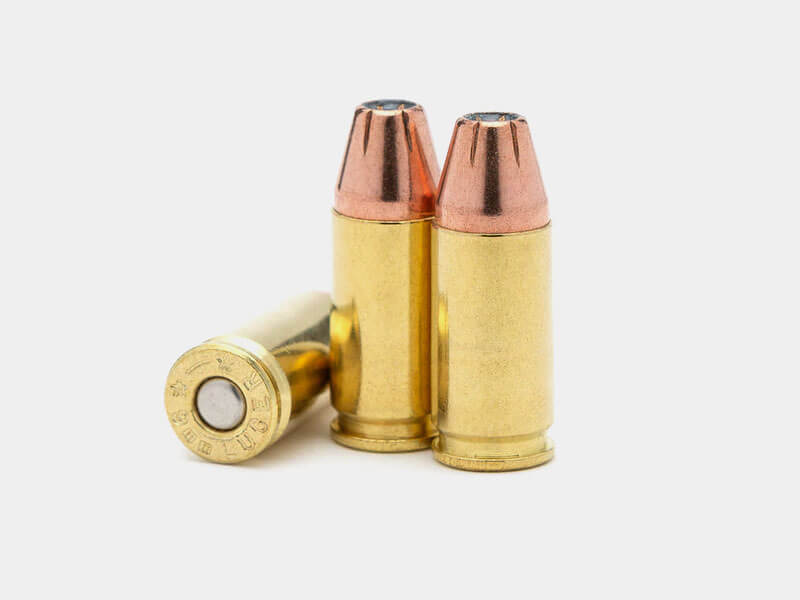