I was fortunate in my younger years to have exceptional vision. And my sharp vision has actually lasted longer than most people’s. For that, I can’t complain. Though hard to accept, my vision is finally suffering. And with this change, I have been installing optical sights on my pistols more and more frequently.

Mostly because of the vision thing, but also because I like messing with new projects.

My current pistol project involves a Springfield Armory 1911 from the Custom Shop. It has two slide assemblies that allow me to switch back and forth between iron sights and optics. Check out the video above of me running the gun at the range.

Based on what match I’m attending, I just mount whichever slide I want to shoot, put on the right shooting glasses and it’s off to the races. I am also able to use the same Safariland ELS rig with a 5198 holster and 771 mag pouches for either set-up — and that’s a huge bonus!

I almost consider my 9mm 1911 a “cheater gun” because of how easy it is to control. The heavy overall weight of this pistol (45 ounces for CO and 43 ounces for ESP) makes recoil almost a non-factor.

Both pistol configurations are as accurate as the ammo I’ve chosen and as reliable as the magazines I use. With my 9mm competition ammo, Atlanta Arms 147 grain at about 900 fps, I comfortably make the power factor. The load is quiet and soft and more importantly, easy to shoot.

In the photos you can see some of my signature mods on the frame — like the lengthened and squared trigger guard, 20 LPI checkering and my signature magazine well. What you can’t see is how smooth and slick the slide operates or how clean the trigger pull is. These are major pluses of the 1911 platform, and done properly, there is nothing that compares.

What you should pay attention to on my CO slide is the Shield RMS optical sight. This one is my favorite of all the optical sights right now due to its simplicity and ultra-light weight. With heavier optical sights, I can feel the added mass when the slide moves during firing. The Shield RMS minimizes this almost to the point of being unnoticeable. The sight is always on/auto adjusting, so I can just mount it and forget it. On the RMS sight, the dot is also in a similar location to where the iron sights would be, so there is no adjustment period when I switch back and forth between optics and iron sights.

On the optics-mounted slide, there are serrations on the front. This design allows for an over-the-top hand position to operate the slide. I always want to stay away from the optics lens if possible.

You may have noticed that there are no iron sights on this slide. Since I am still in the experimental phase, I am not sure yet where I will land on this issue. For a CO competition gun, I have had no need for the irons. Not as back-up or anything else. As a matter of fact, when using the Springfield Armory XD-M OSP, which does have back-up iron sights mounted, it never even occurred to me to look for the irons when I couldn’t find the dot.

I had forgotten to put a battery in the sight when I initially mounted it, and just kept looking for the never-appearing dot. With further testing though, I may like the addition of the iron sight. I’ll keep you posted…

The iron-sighted slide has a Wilson Combat rear sight — which is a replacement for the old (and now unavailable) BOMAR. But that’s okay because I like it better. Easily changeable blades allow you to try different notch configurations. Which is very nice. And while I think they all pretty much do the same things, you are likely to prefer one configuration over another. This way you can get exactly what you want.

The notch dimensions are .125 wide and .080 deep on the rear sight and the front is a Dawson Precision fiber optic that is .110 wide and .165 tall. These sights are a good compromise for all-around use. Loose enough for going fast and also tight enough to be reasonably precise.

The real magic in this gun is how it fits and works. It takes talent (which is abundant in Springfield Custom, by the way) to have two slides fit well to the same frame. Usually one fit is much better than the other. And often the other slide isn’t fit well enough to shoot accurately. That’s not the case with this gun. Nice work, Springfield Custom.

My 1911 uses a specific slide stop for each slide assembly. Both setups lockup perfectly and are very accurate and reliable.

In my range kit I carry a couple of extra parts:

The barrel is capable of going into either slide (with the right slide stop) and is for shooting frangible ammo that can be very hard on the bore. It’s probably not a problem to shoot a few thousand rounds of frangible, but the separate barrel is worth the trouble if you want to keep the match-grade accuracy of the standard bullet barrel.

We are in the infancy of optics-mounted sights on pistols. Pistols like the new Hellcat OSP and the XD-M and XD-M Elite OSP pistols have really helped legitimize the concept of optics on a pistol. Although the competition world has been using optics for decades, it is only recently that the advantages of the optical sight are being realized for other uses.

The fact stands that you will never have to change your focus from sights to target with an optical sight…and none of these things matter:

I can make 25-yard hits on the head of an IDPA target with a Springfield Hellcat OSP faster and more reliably than I can with the same gun without the optics.

In addition to the fact that quality optics are not cheap, there is also a learning curve when changing to an optical sight. Without a doubt, optical sights are much harder to initially create alignment.

Have you seen that shooter at the range with the smooth and speedy draw, but it then takes them 4 to 5 seconds to take their first shot? And they are frenziedly moving the gun in all directions in a panicked effort to find the dot? Yep, that’s a problem…a big problem.

If you do not train yourself to position the gun in the same place every time you draw or present the gun, you will find yourself hunting for the dot. And this costs valuable time in a match, or even worse, your ability to quickly defend yourself in a real-life bad situation.

It’s true that an optical sight is not always needed. Some shots are not difficult enough to require their level of precision. However, having capability and not using it is better than needing it and not having it.

For me it is simple. I am willing to put in the time and effort (testing and training) to take advantage of the virtues of the optical sight. Will it replace my iron-sighted guns? Not all of them. But if I’m heading to our monthly IDPA Night Match, I will quickly change my slide and slide stop and destroy my friends who can’t see their iron sights in the dark. 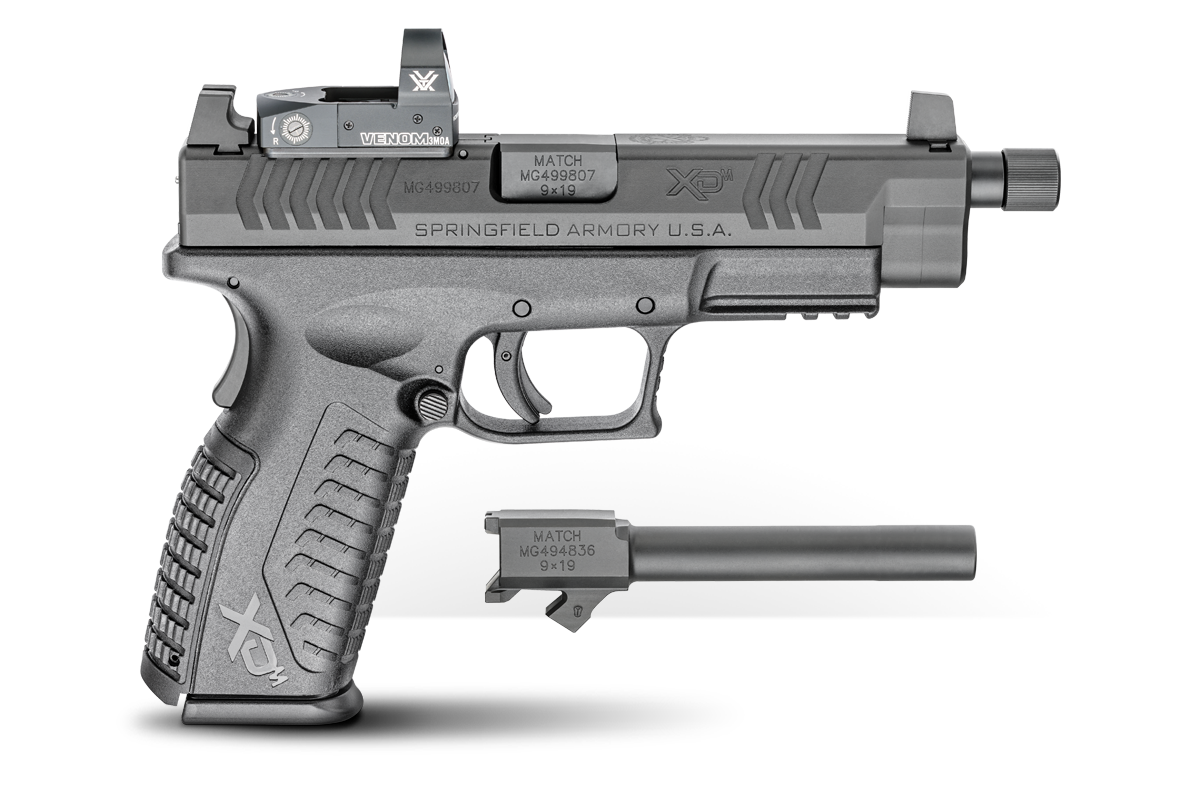 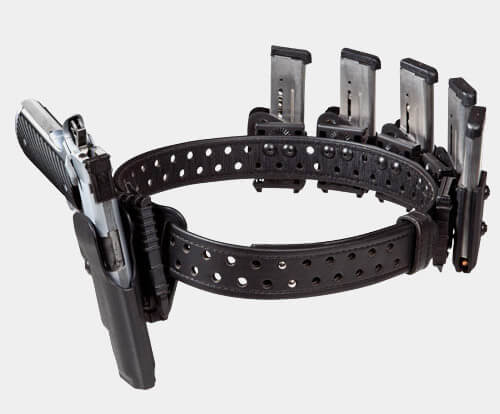 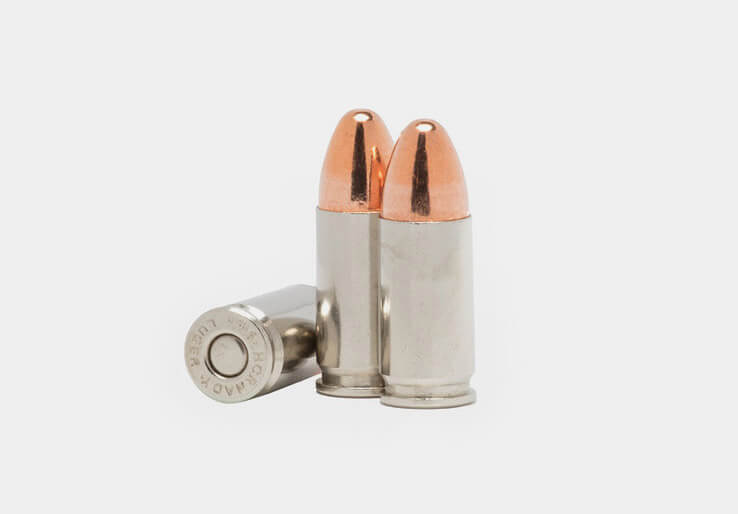 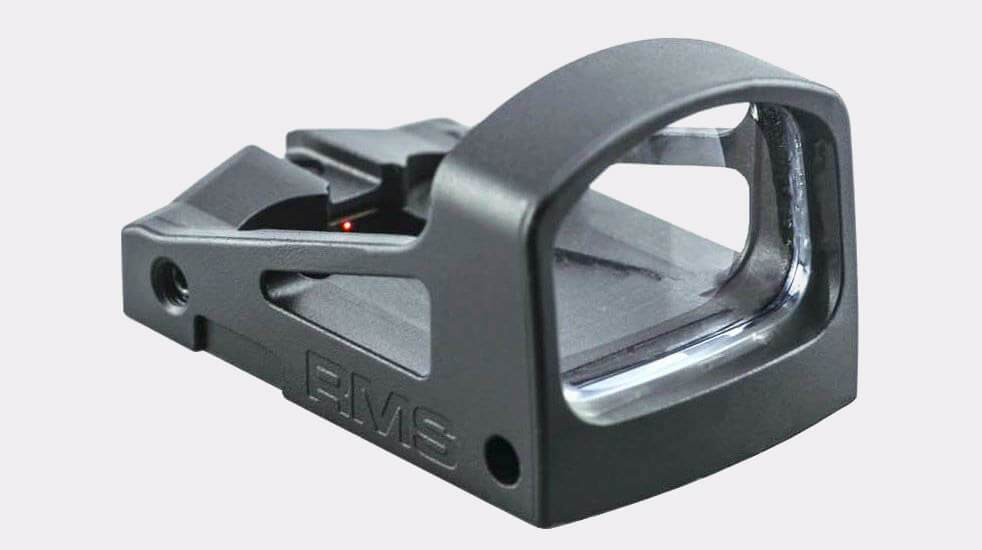 Rob Leatham: How to Zero Your Pistol

10 Must-Have Tools for the DIY Gunsmith

Rob Leatham, captain of Team Springfield, has been with the Springfield Armory family since the late 1980s. He is a world-renowned competition shooter and firearms instructor who is highly regarded as one of — if not the — most-winning Practical Pistol Competitor in history. Rob's sheer number of National and World Shooting Titles make him unique in the firearms industry. He has trained shooters from all walks of life — from IPSC World Champions to Military Special Forces Operators and from Law Enforcement Officers to civilians for Self Defense. In the competitive shooting world of IPSC, USPSA, Steel Challenge, IDPA and NRA Action Pistol, Rob’s competition career has spanned decades.