A perennial statement on gun forums is some variation of, “I carry my autoloading pistol with a loaded magazine but an empty chamber. For safety!”

The majority of responses can be politely summarized as “Please reconsider!” I would add my own voice to the latter sentiment.

Many of us commonly go afield with our magazine-fed rifles and shotguns having rounds in the magazines, but empty chambers. However, most modern autopistols are designed as drop-safe as they come from their factories and are intended to be carried with a round in the chamber, though there are a few exceptions.

True, a gun with no round in the chamber can’t fire accidentally or negligently, unless the circumstances of the accident or negligence have involved a live cartridge making its way into the firing chamber. Even so, with these modern guns in proper working order — a Springfield Armory 1911, XD-M, 911, Hellcat, etc. – it is true that “they won’t go bang if nothing pushes the trigger to the rear.”

Why have a round in the chamber beforehand? It goes to why you acquired the gun.

If your handgun was bought as a target pistol, it’s true, there’s no need to have a round in the chamber until immediately before you know you’ll have to shoot. Indeed, most handgun competitions require the gun to be “cold” — completely empty of cartridges — until the command to load is given. If the gun’s purpose is defensive, however, it’s a completely different story.

The defensive firearm is, by definition, a reactive weapon. An attack will likely come by total surprise, and fractions of a second may make the difference between life and death. It simply takes longer to draw, chamber a round and get a hit than it does to just draw and fire, perhaps also wiping a thumb safety into the “fire” position as the pistol comes up on target.

The time difference will vary between individual shooters, of course. To get a frame of reference, I went to my range with a Springfield Armory Range Officer pistol in a Safariland 568 holster, a box of 185-gr. jacketed hollow point .45 ACP ammo, and a Competition Electronics gunshot timer.

I started at three yards from a white-faced IPSC target (which shows the bullet holes better). Three yards is the distance for the one-hand phase of the NRA Police Service Pistol Course. On each run, I started with the hand on the holstered weapon to minimize extraneous factors. I wasn’t there to see how fast I could get to a gun under a jacket, but to compare as closely as possible Condition One carry (with a round in the chamber) versus hammer down on an empty chamber, sometimes known as “Israeli Carry.”

Firing dominant hand only and racking the slide as the gun came up, my times ran from 1.22 seconds to 1.42, averaging 1.358 seconds to an upper torso hit. I then ran the same drill the same five times, cocked and locked with a round in the chamber and off-safing as I raised the pistol. Times to the hit were all under one second, ranging from 0.75 to 0.99.

The difference was 0.474 — almost half a second. Is that inconsequential? Not at all, when you look at the time frames of life-and-death situations.

Finishing each draw with a two-handed shot, the empty chamber start times ranged from 1.41 to 1.78 seconds, averaging 1.534 seconds. Starting cocked and locked with a torpedo already in the launch tube cut that time to an average of 0.894 seconds. All runs were under a second and ranged from 0.78 to 0.95, averaging 0.894. The difference was 0.64 seconds favoring the loaded chamber start.

In other words, if I was faced off with my evil twin with identical gun and holster, if his gun had a loaded chamber he would have gotten two or three shots into me before I had racked the slide and gotten my first round going in his direction. Fractions of a second mean a lot.

Veering slightly off topic, this test highlighted the fact that two-handed isn’t particularly slower than one if you’re visually indexing for each shot. One- versus two-hand “Condition One” was exactly the same time average for speed, 0.894. I couldn’t have done that again if I tried. One-hand versus two-hand when racking the slide averaged only 0.166 seconds apart. The point is, since the support hand gets there while the gun is coming up on target, it doesn’t take that much more time to get the second hand there for more accuracy and more control for follow-up shots.

Drawing and racking a slide takes lots of practice. It’s tedious clearing the gun and starting over for the next empty-chamber practice run, and wastes training time. If there are any sharp edges, repeated racks (or even one) can tear up the palm: notice I wore a glove on my support hand, as seen in the pictures, for that reason. (My test pistol had adjustable sights, which can be hard on palms.)

But there are bigger reasons.

One is that adrenaline dump induces tremors, and shaky hands can “stutter the slide,” causing a misfeed at the worst possible time.

Another is that, very often, the other hand simply is not available. It may be pushing an opponent away or holding his knife hand in abeyance. It might be pushing someone you love out of harm’s way, or you and your opponent’s combined weight may pin it to the ground if he has you down. A second bad guy may have grabbed it, or it may have been injured early in the encounter. Struggling to rack the slide one-handed will take way longer and will be much more difficult than if both hands were free to dedicate to the task of getting your gun fully loaded at the last, desperate moment.

Remember that “Israeli Carry” reference? You might wonder, why did the hardened warriors of Israel go to empty chamber carry? Simply because in 1949 they had a low training budget, and had to work with a mishmash of whatever handguns they could get. The safeties of the American 1911 and the Belgian Browning worked opposite from those on the German Walther and all were different from the German Luger, and none of those guns at that time were drop-safe with a round in the chamber. It was the safest way to go. You, as an armed citizen or an armed professional with one issued firearm, don’t have those problems … and hopefully, you have a drop-safe gun. In that situation, you don’t need the empty chamber that will slow you down.

My friend John Correia with Active Self Protection told me recently, “We see again and again the need for quickly accessing a firearm and bringing it into the fight. The aggressor is always at an initiative advantage, and so giving another advantage in taking more time and attention to chamber a round is bad tactics. For these reasons I always recommend that people carry their defensive firearms with the chamber full if at all possible.”

Finally, note that every police department in the United States has its officers carry their service pistols with a round in the chamber. As seen above, there are good reasons for this.

It’s your gun, your life … and perhaps the lives of those you bought the gun to protect. It’s your choice. Please make it a fully informed decision. I know where I stand on it. 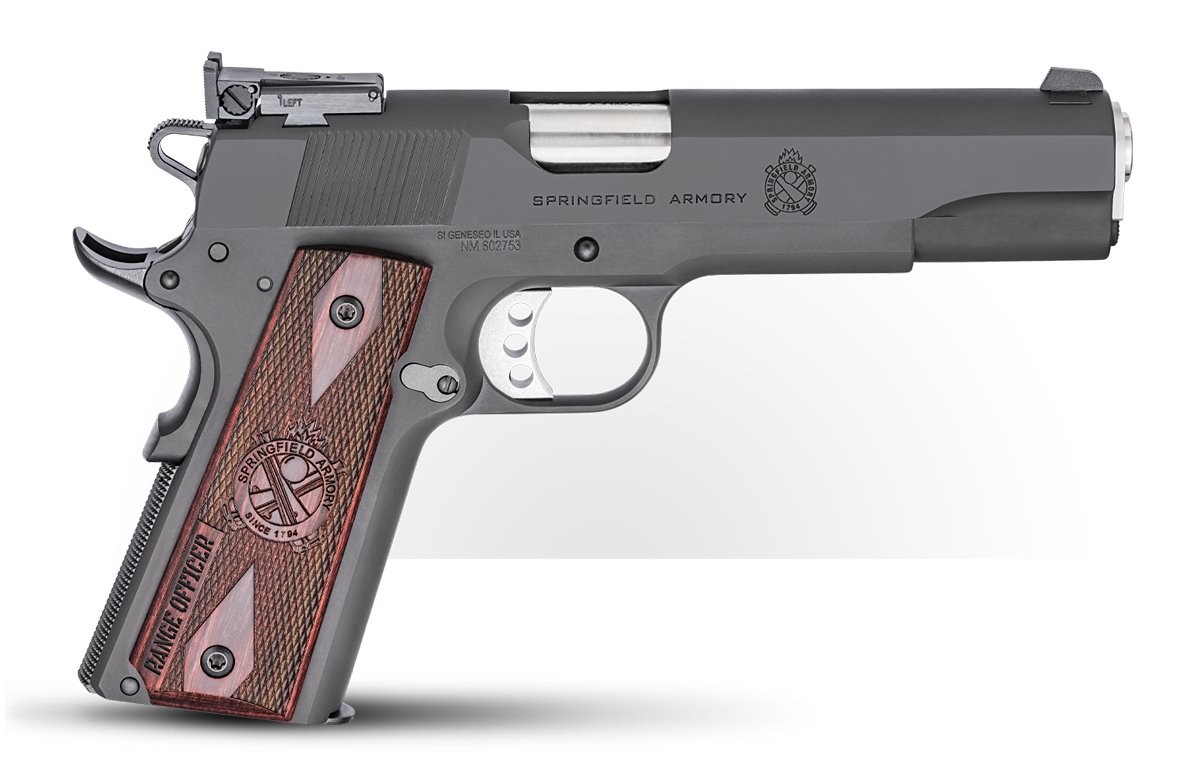 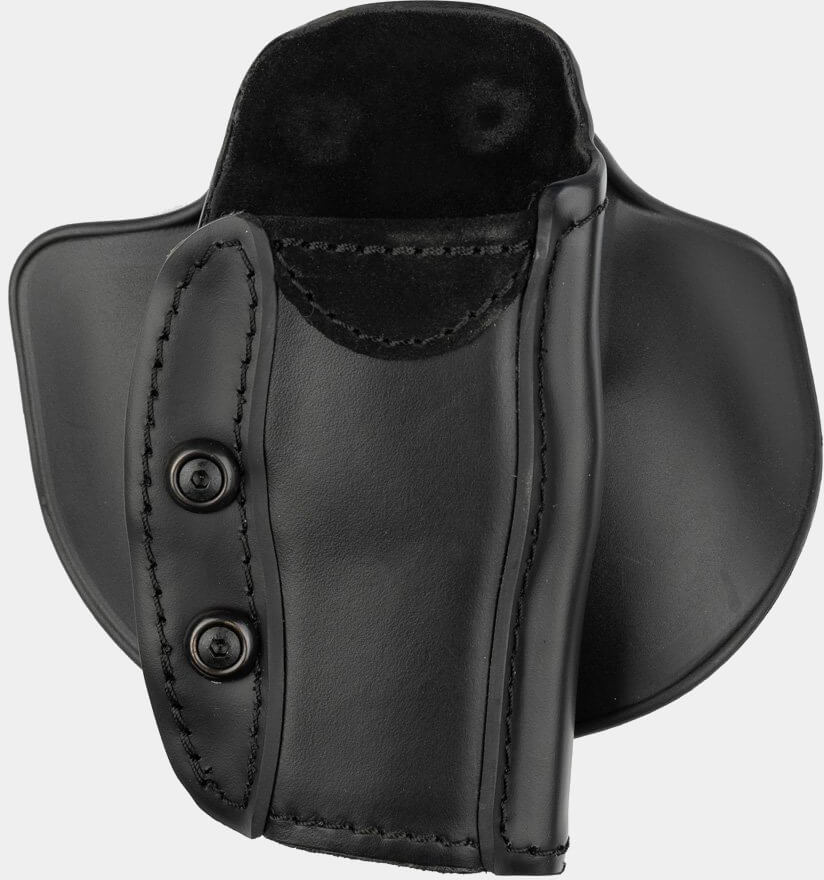 How Do You Carry Back Up Ammo?