Is Bear Spray Better Than a Pistol?

Editor’s note: When in the outdoors, predators like brown bears can be a real threat. Carrying bear spray or a pistol is a prudent choice. Carrying both might be even smarter. Do you know how to use them against a charging bear? Is one better than the other? Hunt Fish Shoot tackles these questions in today’s video.

I have hunted states like Alaska, Idaho and Montana, which are all known for a good grizzly bear population. But how would you defend yourself against this, or other dangerous animals? We must defend ourselves and use a form of protection which can mitigate these risks to get home safely while enjoying the great outdoors.

The best way to defend yourself and protect against an animal attack is to use common sense. For bears, a female bear or sow with cubs is extremely dangerous. You must avoid close proximity at all costs. Most animal attacks in general occur due to startling the animal, with it initiating a fight or flight response.

This leads us to situational awareness. Where have we heard this before? Likely in a plan to stay alive from pesky human predators. Situational awareness can help you recognize a dangerous situation manifesting from your actions. Remember, you are a guest in the wilderness, and the animals that live there own that territory.

Bear Spray Is a Good Option

Be prepared to defend with force or deterrence if you must. Starting with deterrence, let’s think about bear spray. By all means, the avid hunter never wants to have to kill an animal to defend their own life, but at times it occurs. How can someone thwart off a predatory animal like a grizzly bear with something other than a firearm?

Bear spray? It’s a great option, however it’s not the only option. There are likely more drawbacks to using bear spray or mace than using it. With that being said, it’s the only legitimate non-lethal option for predator deterrence.

With Oleoresin Capsicum (OC) spray, bear spray or mace, you undoubtedly have to worry about over-spray and contaminating yourself or those around you with the spray. Take it from me, I have been sprayed by law enforcement OC spray, which is just like bear spray but in a smaller volume. It is absolutely terrible and burns even after you think you have cleaned it all off. It can be flat-out debilitating if you don’t know what to expect.

Even with the fact it could seriously affect you, if used, I would still highly recommend carrying OC spray or the specially designed bear spray sized “fogger” can in conjunction with a capable sidearm.

How to Shoot Bear Spray

Let’s discuss how to avoid contaminating yourself with OC spray. I have personally deployed OC spray in the course of my law enforcement duties and been around it while it’s been deployed. Every single one of those uses by myself or someone else, led to me feeling the effects of the contents. It burns like hell, but if you mitigate the contamination, you will not be knocked out of the fight and still ready to defend.

The wind, distance to the target and how much you deploy will all play a factor in effectiveness and your own safety. DO NOT SPRAY INTO THE WIND!!! Also, do not attempt to use it at close range. Bear spray can be used up to 25 to 35 feet away, which is still close but gives you a bit of a reactionary gap. When you turn the “safety” off the can, pull the trigger with the can aimed at the animal, downwind preferably, and hope it deters the bear.

What do you do if it doesn’t work? Be ready to utilize your sidearm or rifle. What does this look like? Well, you may only have a second or two at maximum to act while a predator is bearing down on you. No pun intended. In an encounter with a dangerous predator, having the spray at the ready as well as your sidearm may be the most ideal.

With either option, there is no guarantee the spray or even well-placed shots from a capable firearm will stop a charging grizzly or brown bear in time. Hopefully, whatever is chosen keeps you unscathed, or at the very least alive. Whether it be statistically or campfire stories, people still fail when everything is done right. Try to stack the odds in your favor because, at the end of the day, unfortunately, your efforts may still not be good enough. But, being prepared will drastically increase your chances.

In every backcountry trip I have taken into bear or dangerous predator territory, I carry a gun. What do I carry? It could be a rifle and a handgun if it’s rifle season, or just a handgun if bowhunting. If hiking or fishing in these areas, it will likely just be a handgun. There are tons of great options, yet some stand out more than others. Which is the best handgun for bear defense?

A handgun chambered in 10mm is an excellent option. I’m partial to the 1911 platform, like the Springfield Armory Ronin 10mm 1911. A 1911 will lack capacity and require more upkeep than striker-fired options like the Springfield Armory XD-M Elite 10mm. For a more novice shooter, the XD-M Elite in 10mm might be a better option for stopping a bear. The XD-M Elite 10mm also packs considerably more capacity than a 1911. The more rounds the better in these situations.

For myself, I personally feel more comfortable and confident with the solid all-steel Ronin 10mm 1911. This brings up the most important thought or fact I can’t stress enough. The person venturing out into dangerous predator territory needs to have the utmost confidence in what they are carrying.

We’ll readily admit this is a lot to take in. Yet, if you are prepared a backcountry expedition into a dangerous predator’s backyard doesn’t have to deter you from experiencing some of the most beautiful places on the planet.

Be cautious, be prepared, train with your weapons and research your future locale to see what it may hold. Test your skills and see how you shoot under stress with something like a Bill Drill under time. Deploy bear spray in a safe environment to see how it works and reacts to the environment. Have your gear dialed in before setting out to any outdoor adventure. Don’t let fear of dangerous predators ruin your trip to enjoy the great outdoors! 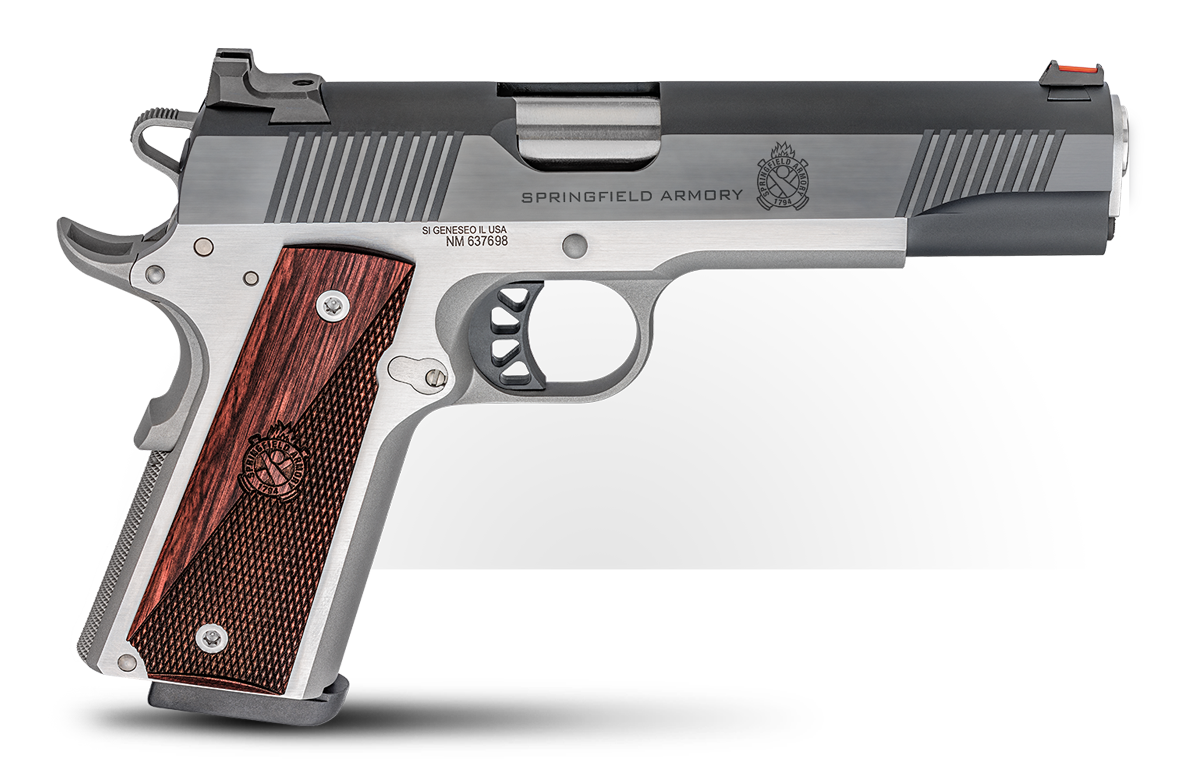 Hunt Fish Shoot provides you with honest, objective and professional firearms-related content. Hunt Fish Shoot also provides a multitude of outdoors-related content. Hunt Fish Shoot’s Mike Chiarappa is currently employed as a law enforcement officer in a large metro area with 10 years of experience. He has experience in tactical operations, firearms training and drug interdiction. Most importantly, Mike is a staunch 2nd Amendment advocate who loves to help educate people about their inalienable rights.