The debate about guns in schools has been dragged on for years by the media, parents, administration, and my personal favorite, keyboard warriors. Every few years, another school shooting brings the subject back to the forefront of the news. Rarely do you actually hear from a teacher. Instead, we parade children on TV who were in the shooting to push the emotional appeal to ban guns. The truth of the matter is that these shootings could have been stopped or prevented, and yet they will continue to happen.

Here is a perspective from someone who is in a classroom every day – the person you entrust to educate and care for your child for more hours of the day than you see them during the school year: your child’s teacher. I have taught for five years in a private school, public inner-city high school, and in a small county high school.

In my experience the level of safety was vastly different from private to public sector. The private school that I worked at had an exceptional lock down procedure. A specific loud siren would go off, and teachers would lock down the room. The goal of the siren was to try to disorient an intruder and it went off during the entire lock down. At the same time ten staff members, all of whom carried firearms, would go throughout the school to eliminate the threat. They were required to reach any part of the school in less than two minutes. All of them received special training from civilian instructors and law enforcement. To this day I don’t know who half of them were, and the students didn’t know either. When we practiced the drill, the administration banged on doors and got noisemakers to make it as real as possible so that if it ever happened for real, we would be ready. I have never felt safer at work than in that school. There was a plan, it was practiced, and it was effective. If a shooting happened the threat would be challenged and engaged.

In the public sector, our plan for a threat is to turn off our lights and hide in the corner. If the school is lucky, you have one or two school resource officers (SROs) who have a gun, and that’s it. If there are no SROs, then you wait for law enforcement to arrive and hope for the best. That is our plan. When a teacher challenged this plan at the inner-city high school I worked at, we were told, “if someone wants to get in your room and kill you then they are going to kill you. There is nothing we can do.” When the teacher again challenged this, the principal got defensive and said, “What do you want me to do?” Add to that the fact that credible threats of violence, including firearms brought into the school, were kept secret from teachers, and violent students were not expelled. All of this created an environment of fear and insecurity among the teachers as school administration simply ignored the problem. The parents had no idea they were sending their children into a place that insecure and dangerous. Needless to say, I don’t work there anymore.

The main difference between the attitude of private and public school is federal funding and involvement. Private schools can play by their own rules. They can expel students for behavior. They have to hold students and parents accountable for their actions. A public school, however, is pressured to avoid suspending students. The main goal is to achieve accreditation by testing, testing, testing. In the state of Virginia, student attendance affects a school’s accreditation. Students are not always held accountable for their actions because the district fears being put on a watch list. Additionally, I don’t think I need to go into too much detail about level of parent effectiveness in America these days.

Although I would love to see public schools allow teachers to conceal carry and make an effective threat elimination plan, I think most people want to ignore the answer. I cannot do anything to change my district’s plan for a threat, but I can control my own actions. I can lobby for the right to work in a safe environment. I can challenge the idea that teachers are afraid of guns and don’t want to be armed. I can be ready for when my district does change policies. I can take control of my own safety when I am not at school.

I am a 26-year-old female teacher who is getting a concealed carry license and journeying with Springfield Armory to find a handgun that works for me. I know how to safely operate and use firearms, and my husband and I own many. However, I don’t have my own handgun that I feel completely comfortable with. I am in no way a gun enthusiast. Nevertheless, I want to be able to protect myself, find a handgun that I feel confident with, and hopefully help a few other women in the process. Stay tuned for more!

Why Does the 2nd Amendment Matter? 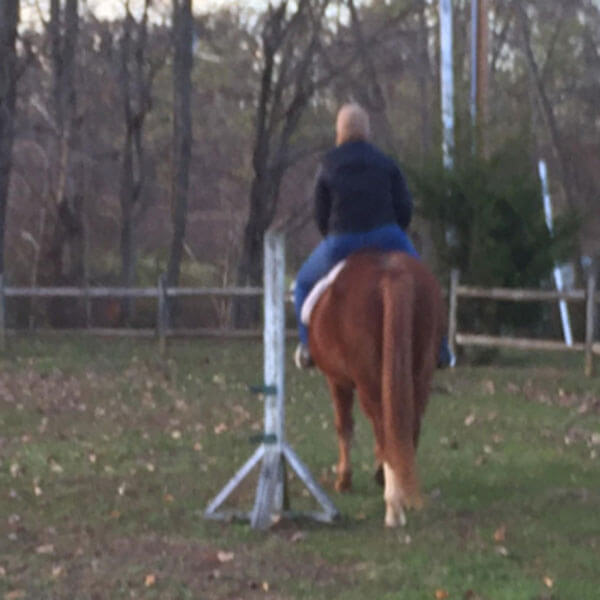 Juliet James is a state licensed teacher, free thinker, and shooting enthusiast. She has been around guns her entire life, but several years ago began discovering how much she enjoys ringing steel. Her occasional work can be found at American Partisan. While Eugene Stoner and Mikhail Kalashnikov will always have a special place in her heart, she believes practical, portable self-defense is becoming a necessity for conservative women. Born several generations too late, she enjoys life in the foothills of the Appalachians and the peace and quiet of rural life.