The Springfield XD-S Mod.2 Subcompact is a polymer-framed .45 ACP carry gun thinner than a 9mm GLOCK 43, weighing two oz. less than a .380 ACP Walther PPK/S. The XD-S Mod.2 Subcompact packs 6+1 .45 ACP flying ashtrays into the grip yet carries almost as well as your smartphone. Amazingly, despite its diminutive geometry, the .45 ACP XD-S still isn’t butt whooping on the range. This surprised me.

What’s the most fun handgun you’ve ever run? I’m not talking about the Desert Eagle, making you think you look like Arnold Schwarzenegger circa 1984 and weighing as much as your microwave. It’s cool, not fun. You don’t want to hump it. You don’t really much want to shoot it. You just want to slip into a leather jacket and wield it before a full-length mirror in the privacy of your own bedroom. Don’t hate. We’ve all been there. However, for pure unfiltered shooting pleasure I’d have to say my favorite handgun is a Walther P22 with a sound suppressor.

The P22 weighs about nothing, flirts with being recoilless, and, with the can attached, will not offend your eardrums unduly. The P22 throws its tidy little 40-gr. lead bullets ably and well. However, I once met a poor unfortunate sot in an urban ER who had absorbed a full dozen of these zippy little rounds and yet remained a fairly engaging conversationalist. The gun I carry to defend myself and my family is not meant to be fun. It’s meant to be lethal. In the Springfield XD-S Mod.2 Subcompact, however, we actually get a little bit of both.

Just in case you’ve been living under a rock, the Springfield XD line of combat handguns is to pistols what the socket wrench is to your toolbox. Mechanically elegant, armored-vehicle tough and utterly reliable, the XD guns sport superlative engineering, state-of-the art materials science, and literally perfect execution. There are certain common attributes defining the genre.

The frames are polymer and built around a familiar 1911-style grip-to-frame angle. The slides are forged steel and finished in Melonite. There’s a blade safety imbedded within the trigger as well as a grip safety built into the backstrap. There are also safeties inside you cannot even see. These guns simply will not go bang unless your hand wraps around the frame and the trigger is pulled.

The XD-S Mod.2 Subcompact shrinks all that is righteous and wholesome about Springfield’s full-sized combat pistols down into something just about painless to tote. The barrel is hammer-forged, Melonite-treated, and a scant 3.3″ long. The slide release is left-sided only, but the magazine catch is identically replicated on both sides of the frame. There’s a stubby bit of Picatinny rail on the dustcover if electronic bling on your carry guns trips your trigger. The full-length guide rod is captive, and there’s a loaded chamber indicator located atop the slide — even operating in the dark.

The new Mod.2 brings five specific upgrades. The front sight includes Ameriglo’s Pro-Glo green tritium insert inside a yellow luminescent circle, while the tactical-rack rear sight is robust, indestructible steel. The slide includes Posi-Wedge grooves that are easy to grab, but not vicious enough to abrade. The abbreviated grip sports enhanced grip texturing, and the trigger is improved to facilitate target-grade accuracy despite the gun’s compact dimensions. The Mod.2 frame also moves the hand higher so as to be closer to the bore axis, enhancing control and softening recoil.

These guns come in black, FDE and a black/stainless two-tone. The XD-S Mod.2 Subcompact looks like pure death and runs as well as it looks. The gun is as skinny as a French supermodel and way more useful. The armored box it comes in is the best in the business.

There’s a timeless quandary orbiting around big bullets and little guns. Shrink the gun down too small and pack it full of manly rounds and you have a painful disincentive to train. Push the envelope yet farther and accuracy and reliability suffer. In the case of the Springfield XD-S Mod.2 Subcompact we find the elusive combination of reliability, power and comfort.

I’ve seen more than my share of gunshot wounds. The 9mm is usually adequate. The .380 ACP can get you there with proper social ammo. The .25 ACP is just a good luck charm unless you can ball your fist around the gun and knock somebody in the head with it. By contrast, the .45 ACP takes all the ambiguity out of a social exchange of gunfire.

Don’t misunderstand; .45 ACP run through a gun this small does inevitably fall prey to physics. The gun is tiny, and the bullets are huge. All this energy has to go someplace. However, Springfield packed this compact chassis with some serious recoil-busting tech. Running the gun is really not painful and keeping it on target, even while rushed, is not a chore.

The XD-S Subcompact comes with two beautiful stainless steel magazines. The first packs five rounds of .45 ACP chaos into a package terminating at the base of the already abbreviated grip.

This magazine comes with a modest finger rest baseplate, but there’s a flat floorplate included as well if space is at a real premium. In this configuration you have a carry gun stubby enough to hide in a decent pocket.

The 6-round Mid-Mag X-Tension magazine includes a polymer sleeve perfectly interfacing with the rest of the XD-S geometry. The X-Tension offers more real estate to grab as well as more physics-beating grip bearing space with which to best the gun’s inevitable twisting moment. Pack the gun with the stubby magazine for portability and then tuck the X-Tension spare into the other side of your belt for when life really sucks.

Muzzle flip is present but surmountable with proper technique. The smooth striker-fired trigger is a bit longer than I expected, but I like this in my deep carry guns. The frame and slide are indeed just stupid thin, but the superlative design keeps the gun well behaved. The sights are magnificent. Reliability was naturally flawless right out of the box through any load tested with no attention to maintenance. I guess you could break it intentionally with a hammer, but, short of this, this gun will run forever.

Does it shoot straight? Holy crap. Four of the five Hornady Critical Defense rounds went into the same stinkin’ hole at seven meters. It was almost too tight to measure. The worst 7-meter group of the day was still about the size of a golf ball, and this was in wet snow at 21 degrees F. I don’t know what they sprinkled on this gun in the factory to make it shoot this straight, but I want a jug full of it.

The XD-S Mod.2 Subcompact fits your hand like you were born with it, and the various technical attributes were clearly devised by folks who squeeze triggers for a living. The gun carries like a dream and shoots as comfortably as something much larger. I was running a brace of unlocked blowback .380 pistols the same day, and they were way tougher on my mitts than the XD-S Mod.2 .45 ACP Subcompact. While this gun is not destined to become your favorite recreational plinker — unlike a lot of other compact .45s, it won’t torture you. The XD-S Mod.2 represents a literally unrivalled combination of portability and power.

The defensive handgun market is cluttered these days. There are calibers, configurations, and hues to satisfy the most discriminating gunman. However, for a utility working gun needing to be comfortable to carry yet still reliably bring the pain, the Springfield XD-S Mod.2 .45ACP cannot be beat.

Editor’s Note: This article was written by Will Dabbs and shared with us by American Handgunner. Also, please be sure to check out The Armory Life Forum, where you can comment about our daily articles, as well as just talk guns and gear. Click the “Go To Forum Thread” link below to jump in! 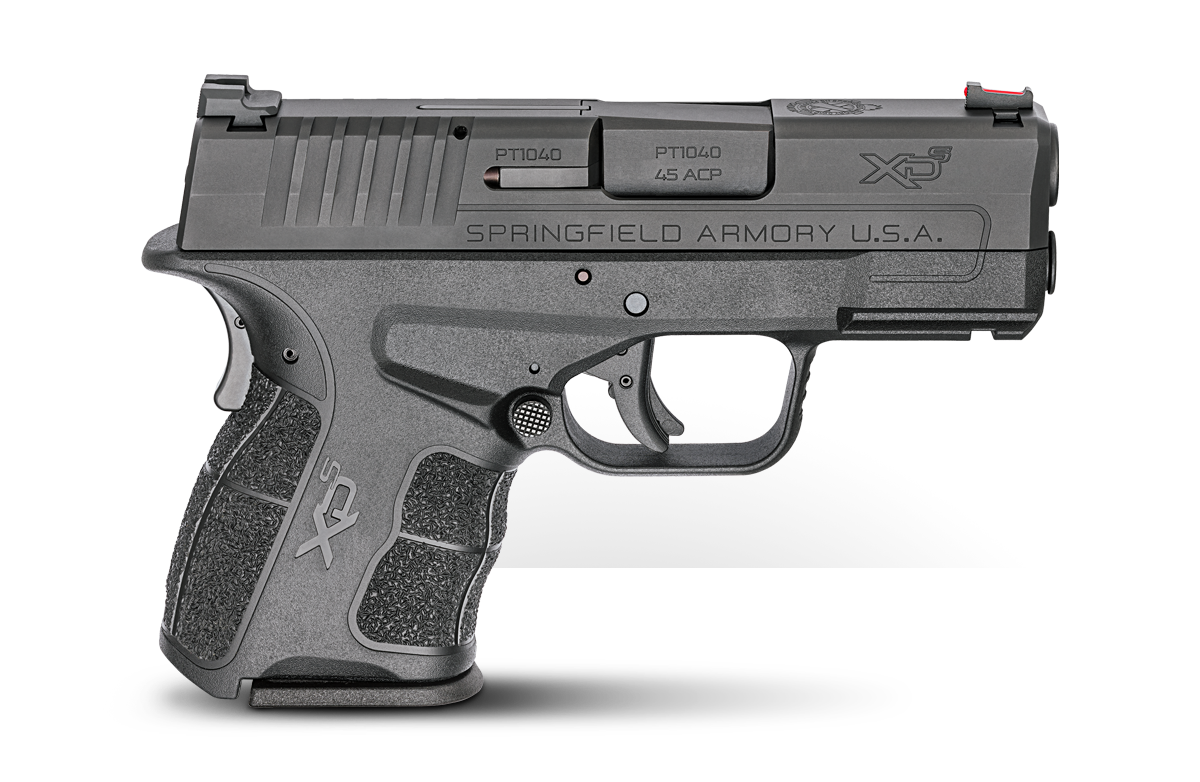