On October 26, Springfield shook the world with the introduction of the SA-35, an updated version of the venerable P-35 9mm pistol. The response to the pistol was overwhelming, as was the demand for pistols. As I write this article, that demand has no sign of ceasing.

Normally, when I receive a pistol for editorial coverage, I run three premium loads through it for accuracy and velocity results. Then I run a box or two of ball through it for photographs and fun. However, when I received my SA-35 I decided to do an extensive testing protocol because I was so excited about it. Therefore, this column will cover my initial impressions and the results of the tests.

Let me say that I think the SA-35 is a homerun for Springfield in many ways. First, it is a faithful rendition of the original design, with modern upgrades that make it serviceable right out of the box. Second, the manufacturing and finish on the SA-35 are not only excellent but better than some originals I have seen in the past. Let me briefly hit what I consider the high points of the SA-35.

Springfield gave the SA-35 a matte blue finish. While not as durable as some of the “spray and bake” finishes, it is both attractive and fits the personality of the SA-35. Some of us remember the horrible painted finishes on original guns! This gun should be blued.

The no-bite ring hammer, excellent sights, beveled magazine well, extended safety and great trigger set the SA-35 apart from the imports. The use of a proven 15-round magazine negates any trivial critiques about capacity.

The hammer-forged barrel, and barrel fit, is exceptional. Bill Laughridge, of Cylinder & Slide fame, said that the barrel lock-up on the original pistol was atrocious and, in many cases, you were lucky to get them to shoot four inches at 25 yards. My SA-35 results were half of the old standard.

Kudos to Springfield for equipping the SA-35 with contoured wood stocks. The original stocks were not only thick but had no real contour on the edges. The SA-35 stocks are very similar to Spegels and taper to meet the frame with no overlap.

The slide to frame fit, on my gun, is significantly better than on most original guns.

Externally, the finish was void of any machine marks. The markings were clean and minimal. I was glad to see Springfield decided to forego their typical logo of the crossed cannons on the exterior of the gun. In my opinion, it just would not have looked right!

Breaking the pistol down, there were some chatter marks on the top of the rails and bottom edge of the slide. This is purely cosmetic and are found on originals as well. Other than that, all machines was crisp and clean. The barrel was properly throated and the feed ramp was polished.

The ammo shortage has certainly changed the manner in which many writers conduct evaluations. However, I wanted to gather as much information on the SA-35 as possible, given certain limitations.

The first stage of the test was to evaluate the SA-35 for reliability. I dug way back in the ammo bunker and was able to gather 21 different loads. These ranged from new production Super Vel 90-gr. +P to vintage Winchester 115-gr. Silvertip and Federal 115-gr. 9BP. I also included as many current production, premium loads, as possible.

The test protocol was to shoot 10 rounds from each load. To evaluate reliability, I loaded five rounds in the bottom of the magazine, followed by five ball rounds, and then five rounds at the top. The thought was that most malfunctions either occur in the first few or the last few rounds of the magazine. This also reduced the total rounds of premium ammo needed for this part of the evaluation.

The 10 rounds were fired from a bag rest at a B-8 bullseye target, positioned 25 yards downrange. They were also shot through my ProChronoDLX chronograph. The hottest load was the Double Tap 80-gr. TAC-XP, which averaged 1,471 fps. The Super Vel 158-gr. Hushpuppy Subsonic load was the slowest at 891 fps. I had no ammo-related issues during this phase of the test.

To evaluate the accuracy, I measured the best five-shot group. This mitigated shooter error and was a better reflection of the potential accuracy of the SA-35. The reader will note the N/A comment on the chart. There were a couple of times when I failed to replace the target between loads. As the chart reflects, the SA-35 is certainly capable of providing 2″ or better groups, with most loads.

The second round of tests involved evaluating the extractor and ejector, the reliability when shooting with a less than firm grip, and functioning with mixed loads left over from the first test.

About 100 rounds in, we did notice that the rear sight retention screw had worked loose. This was a quick fix with the proper wrench. This was the only issue we had with the actual pistol.

To evaluate the extractor and ejection pattern, I fired 15 rounds of 115-gr. ball. Each round was fired without having a magazine in the gun. All rounds landed at three to four feet, between 3:30 and 5:00 from the pistol.

The final test consisted of an extended 20-round magazine dump to heat the gun up, followed by three 15-round magazines, shot rapidly. The three magazines contained a mixed selection of the loads tested for accuracy. These loads were all considered premium personal defensive loads.

During this test, we had one failure. On the second magazine, one Super Vel 90 gr. +P JHP hung up on the feed ramp and failed to feed. It should be noted that the overall length of this round is extremely short as well as being loaded to +P velocities. This was the only malfunction we had in the entire test series.

We finished on the day popping plates and ringing steel, with leftover loads, and the total round count for the day was around 450 rounds. We did not clean or lube the pistol during this process.

Wrap Up of the SA-35 Review

I consider the information that I gathered during this testing to be significant. With the exception of the aforementioned Super Vel load, the SA-35 was 100% reliable with all of the relevant personal defense loads. An examination of the frame, slide, and barrel, showed no excessive wear or peening. This was a pretty intensive test for one day of shooting, with an extremely broad range of bullet weights and loads.

The only negative comment anyone had during the test was that top edges of the backstrap were extremely sharp and somewhat uncomfortable during shooting. This is an easy fix for Springfield on future guns.

Thanks for coming along on the trip. There will be more to come.

Remington Ultimate Defense 9mm vs. a Prius — Which Won?

The Story of John Browning’s Hi-Power 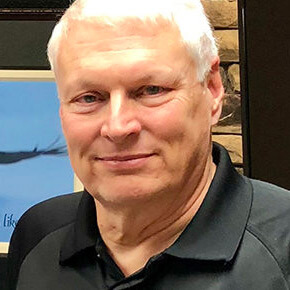 Rob is a career law enforcement officer who retired after 38 years of service. He holds multiple POST certifications including Firearms Instructor, FBI Firearms Instructor, and POST instructor. He started his editorial career with Harris Publications with his first article being published in 1984.