Your Firearm As Your Last Resort

It’s hard to overstate the important lessons that come from studying, training and competing with firearms. With so many new first-time firearms buyers around now, I am hoping this article will be of some use to them.

First, a little about me. Firearms were not a big part of my life, but growing up in the 1950s and 60s in what is now called “Flyover Country”, I was no stranger to them either. A .22 rifle was the standard Christmas present for my brothers and me as we each turned 12 years old, and I spent some time hunting with my older brother when I was young.

My first handgun purchase occurred much later in life; in 2009 at the age of 56. John Lott’s book, More Guns, Less Crime, influenced my decision to obtain a Concealed Pistol License for the State of Michigan (called a Concealed Carry License in many other states). Michigan requires an eight-hour pistol safety training course, which I found useful, but not enough to satisfy my personal interest.

After looking online for more extensive training, I happened upon a 40-hour course taught over four consecutive days in a location not far from my home. Concerned about the cost, I talked to my wife, who advised “You should spend at least as much for training as you spent on the gun.” A wise woman and a good rule to follow.

You gun guys and gals will understand how incredibly fortunate I was that the class just happened to be taught by none other than Massad Ayoob. Mr. Ayoob is one of the most highly respected authorities on the use of lethal force in self-defense (he is also a contributor to The Armory Life, and you can see his articles here). In addition to firearms training, his class covered the mental, ethical and legal ramifications of the use of lethal force. I have over seventy pages of notes on file from that class that I review annually. If you are interested in additional training, which I highly recommend, I suggest you do a bit of research before spending your money.

One of the most important takeaways from that class for me was that use of a firearm in self-defense is a last resort. The optimal result would be to conduct my affairs in a way that would minimize that risk. One of the first things that I did after the class was to install security measures at our home to reduce the risk of robbery or home invasion. As the saying goes, the goal is not to make your home the most secure in the world. You can settle for having the most secure home on the block.

I had a road rage incident a few years ago. I accidentally cut off a driver who was attempting to pass me on the right. The guy went nuts. He pulled up close to my rear bumper, honking the horn. Next he pulled up right next to me and, with only about a foot of space between our vehicles, started screaming obscenities at me. I was glad that I was carrying in case things went further south, but was less inclined have it out with this guy because I was carrying lethal force. Fortunately, a police station was only a couple of blocks away and I proceeded in that direction. Perhaps realizing this, the other driver turned off onto a side street. Situation avoided.

I got involved with the International Defensive Pistol Association (IDPA), which holds practice sessions and competitions based on concealed carry scenarios. I volunteer as a Safety Officer at my local club, helping to run the matches. Many of the members at my local club have law enforcement and/or military backgrounds. Most of them are way better at shooting than me, but training with them helps my skill set.

I sometimes train with Hillsdale’s Action Shooting Team, which injects another dose of reality into my life. It reminds me of when I used to go one-on-one in basketball against my 6’8” “little” brother, Tom, who was an NCAA Division I basketball player at the time. It made me a stronger player and also more aware of my weaknesses. My two reasons to train? To maintain or perhaps improve my skills and to be made aware of my limitations.

I plan to take a training class once a year. In addition to Ayoob, I’ve taken classes from Robert Vogel and Greg Ellifritz, and I had the good fortune to get some pointers from Rob Leatham.

Vogel has won several National and World IDPA Championships. At one point in his class we were on the firing line shooting at stationary targets about 15 yards away. Rob was walking down the line and taking a few shots with each of our pistols. For you beginners, shooting various different kinds of pistols, one after the other with no practice shots and shooting accurately is no easy feat. I handed him my Springfield XD-M and he proceeded to put four shots in the bulls-eye with three of the bullet holes overlapping. At the time, I had been looking into finding a gunsmith to “fix my gun” because my shots tended low and to the left. It was not the gun. It was me.

The class I took from Greg Ellifritz and his Active Response Training group was Knife Skills for Concealed Carry. It was an excellent class and he is an excellent instructor. Greg served for thirteen years as the Full-time Tactical Training Officer for his central Ohio Police Department. One of his missions in life is to deliver practical real-world self-defense training to civilians.

Rob Leatham, a professional shooter and firearms instructor (and also a contributor to The Armory Life — you can see his pieces here), is a 30-time USPSA National Champion and eight-time IPSC World Champion. He visited Hillsdale College to spend some time with our Action Shooting Team, and I was very fortunate that he chose to spend some time with me for individual instruction.

In conclusion, if you are a new pistol owner, do not think of it as talisman that will defend you magically. It is a tool, and like any tool you must develop a skill set to be able to use it effectively. Get some training. Treat it as your last resort, but be ready to use it effectively if you ever must. 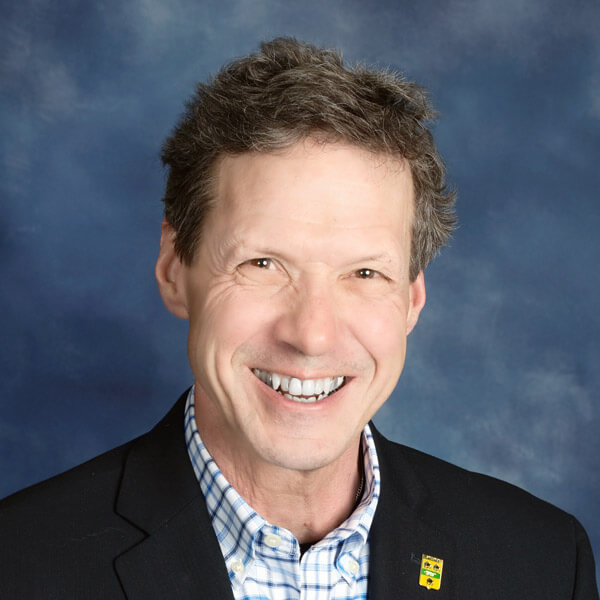 Michael “Doc” Sweeney, PhD holds the McCabe / United Parcel Service Endowed Chair, serves as the Director and Professor of Accounting and as the Faculty Advisor to the Action Shooting Team at Hillsdale College.