An Incomparable Warrior: The 1911

In the early 1900s, the U.S. Government War Department released a request for a new sidearm to be issued to American troops. Numerous designs in a range of calibers poured in, but one firearm design and caliber passed the test — the “Government 1911,” designed by prolific firearms designer John Browning.

How did this happen? Numerous close quarters combat encounters by U.S. troops along the equator in prior battles increased the interest in – and calls for — a sidearm that would effectively stop enemy forces. This was especially true regarding ones high on stimulants that had become well known for taking many seemingly vital body bullet hits before succumbing to their wounds, such as the Moro warriors of the Philippines.

Those U.S. commanders at the top of the chain-of-command began to hear the requests from the field soldiers for a firearm that functioned flawlessly and provided superior stopping results — while still being manageable for recoil and adaptable for training for the masses of soldiers. The ultimate decision was made to accept handguns designed to operate with .45 caliber or larger. This resulted in the development of the cartridge we now know as the .45 ACP round.

Mr. Browning submitted his design for the 1911, which was a semi-automatic pistol built with both manual and grip safeties, and also magazine fed. When the test day arrived at the military range, the early 1911 model test pistol cycled more than 6,000 rounds over two days without interruption. At times the pistol became so hot it was dunked in a bucket of water to cool, then reloaded and continued with testing.

The 1911 was accepted and distributed and first saw field combat in Mexico in 1916 (see our article about that here). The 1911 pistol continued to rule the battlefields in World War I and in the hands of legends like Sgt. Alvin York who used a 1911 to stop a charging squad of German soldiers cold and to capture 132 others (read the story here).

The 1911 did see minor modifications during its time on duty. In 1924, a new version dubbed the 1911-A1 was released that featured several changes to the original design. These included a shorter trigger, arched mainspring housing, longer grip safety spur and shortened hammer spur, wider front sight, and more.

The 1911 as the 1911-A1 continued to serve as the U.S. entered World War II, in both the European and Pacific theatres. It proved to again be a rugged and durable firearm that delivered unparalleled stopping power. The iconic 1911 pistol again served in Vietnam as a popular sidearm in close jungle environments (see our story about the Vietnam “tunnel rats” and their 1911s here).

The reign of the 1911 as the primary sidearm of U.S. soldiers ended in the mid-1980s as the U.S. moved in line with NATO’s use of 9mm-chambered pistols. Ironically, special operation units and soldiers from the U.S. soon returned to using the 1911 pistol, and it and the .45 ACP are still soldiering on very specialized roles.

Numerous manufacturers, including Springfield Armory, offer civilian versions of the 1911 today. Those Springfield Armory 1911s number more than two dozen models and include Range Officer Models, Mil-Spec versions, concealed carry models and more. And while the 1911 was born as a .45 ACP, models are offered in not only that chambering but also 9mm, 10mm and .40.

In fact, if you are looking for a 1911 from Springfield Armory that captures the essence of the original 1911 and 1911-A1 pistols, but has modern upgrades, then look no further than the Springfield Armory Mil-Spec in .45 ACP. This 1911 features a carbon steel frame and slide, both forged (rather than cast) for extreme strength. It has modern upgrades like a stainless steel match grade 5″ barrel, lowered and flared ejection port, and three-dot sights. An attractive Parkerized finish and a 7-round magazine round out the package.

So, the legacy of the 1911 lives on today, both in the holsters of specialized American troops and also American civilian shooters. A pretty impressive accomplishment for design born more than a century ago, wouldn’t you say? 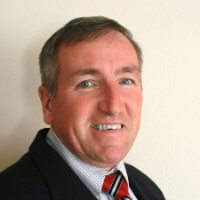 Mike is a professional outdoor writer, author, editor and award-winning photographer, and his written works and images have appeared in numerous hunting, archery, shooting and outdoors publications for nearly three decades. He has worked as an editor, columnist and blogger for many of the nation’s leading outdoors publications and websites.