As with many things in life, there’s more than one way to get the job done when it comes to the perfect bullet for defensive use. From solid copper designs to jacketed hollow-points, bullet technologies have continued to evolve over the years.

The question is, which of these bullet designs is best for self-defense?

In handguns, the majority of defense bullets feature a hollow-point design with a lead core and copper jacket. One might wonder how does a bullet work? These are engineered to open up and expand upon entering a target. Through a combination of bullet design and velocity, flesh and fluids enter the hollow cavity of the bullet and force the nose to expand.

Most of these bullets employ sturdy jackets with petals designed to open up and create devastating wound channels. The wider, expanded bullet causes more damage in the target, which in turn accelerates blood loss. Faster blood loss means the attacker you were forced to shoot will stop his attack sooner.

On the other hand, several non-traditional bullet designs have demonstrated exceptional performance and utilize solid construction. While the conventional anatomy of a bullet uses a hollow point design for expansion, these projectiles rely on alternative means to increase wounding capacity and achieve optimal penetration depth.

Some modern designs use uniquely cut bullets made of solid copper construction while others use compressed birdshot in an epoxy. Many of these designs still deliver excellent penetration and wounding.

While bullet designs vary, certain characteristics remain the same for a viable defense round. First, a bullet must provide adequate penetration and dump the majority of its energy in the intended target, thus preventing over-penetration. For civilian purposes, this means that a bullet must sufficiently penetrate through articles of clothing and skin and create wound channels in the vital organ region. The additional requirement for some law enforcement scenarios is a barrier-blind bullet that also penetrates auto glass or drywall.

Second, a projectile must be able to create a massive wound channel with devastating trauma. Whether it’s by expansion or unique bullet construction, the only way to stop a threat is by creating trauma in vital regions.

Third, a worthy defense bullet must not over-penetrate but instead dump the bulk of its energy in the intended target. Because many defensive shooting situations can occur in populated areas, whether in the public square or a home with walls and loved ones beyond them, there’s a great concern that bullets disable a threat but not endanger those who do not pose a threat.

The jacketed hollow-point (JHP) with solid shank, expanding petals and lead core has been widely used among law enforcement and civilian markets and is among the most trusted bullet designs for defense. One of the most popular loads is Federal’s HST, which was originally launched in 2002 for LE use and expanded in 2015 to civilians.

The HST was engineered to meet the FBI protocols and offers larger expanded diameters without sacrificing in the penetration department. The 124-gr. load in 9mm leaves the muzzle at 1,150 fps with 364 ft.-lbs. of energy and penetrates to 11″ in bare gelatin. The expanded bullet diameter is a whopping .88″, with 100 percent weight retention.

Slight variations exist, including Hornady’s Critical Duty ammunition, another FBI-approved round that features a FlexLock bullet and patented Flex Tip design. The Flex Tip utilizes a polymer-filled cavity to prevent clogging in clothing, which in turn ensures consistent expansion.

Other bullets retain the hollow point but employ monometal construction. Included in that list is Norma’s Monolithic Hollow Point (MHP) and Barnes TAC-XPD. The result is an incredibly solid construction that performs well against barriers and is as tough as they come. These bullets also offer incredible weight retention and devastating wound trauma.

Several more recent additions to the defensive bullet category include Black Hills Honey Badger and Inceptor ARX. Neither bullet is meant to expand, but instead create a rotational force that produces impressive wound channels. Unlike hollow-point bullets, there’s nothing to clog a cavity and prevent expansion.

Black Hills Honey Badger utilizes a bullet designed by Lehigh Defense with a three-bladed tip that can’t be clogged. Made from solid copper, the flutes on the ogive redirect tissue in a fashion more similar to an archery broadhead than a traditional hollow-point bullet. Not only do the Honey Badger bullets perform against barriers like clothing, they also don’t overpenetrate. Accurate and lethal, Honey Badger loads are available in everything from .380 Auto to .45-70 Government.

Inceptor’s ARX features an injection-molded bullet with three flutes and a blend of copper and polymer materials. The bullet design is meant to deliver devastating kinetic energy, particularly on tissue by creating maximum hydraulic displacement. This works through centrifugal motion, which in turn causes lateral force dispersion. In other words, energy gets dumped rapidly around the bullet as it enters the target. One of the positives of the ARX loads, particularly in 9mm, is that they’re soft recoiling and ideal for massive quantities of training.

So there you have it … a good overview of today’s top defensive handgun rounds. Armed with this information, you should be able to select just the right round for your preferred self-defense handgun.

Editor’s Note: Please be sure to check out The Armory Life Forum, where you can comment about our daily articles, as well as just talk guns and gear. Click the “Go To Forum Thread” link below to jump in and discuss this article and much more. 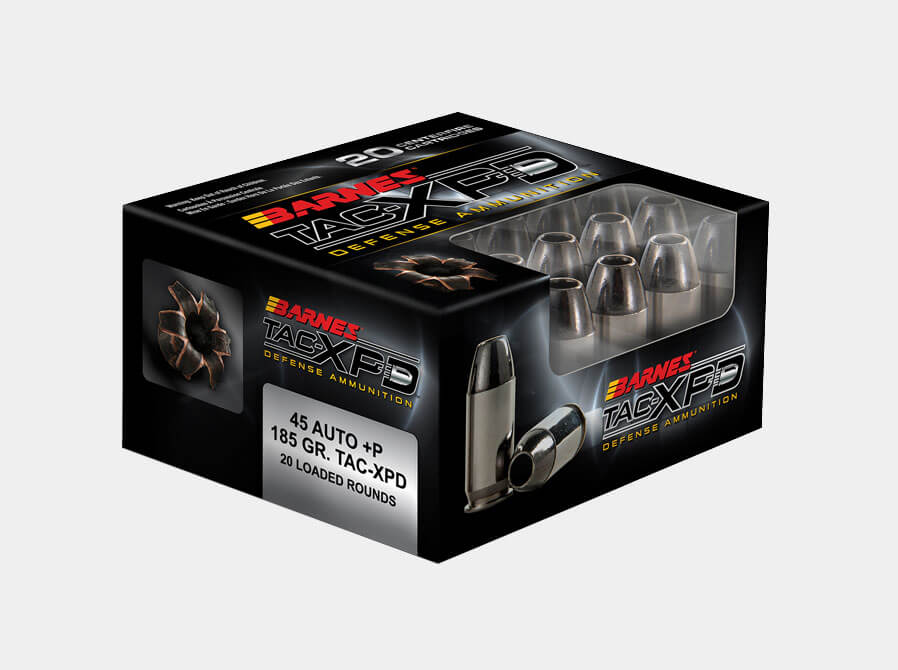 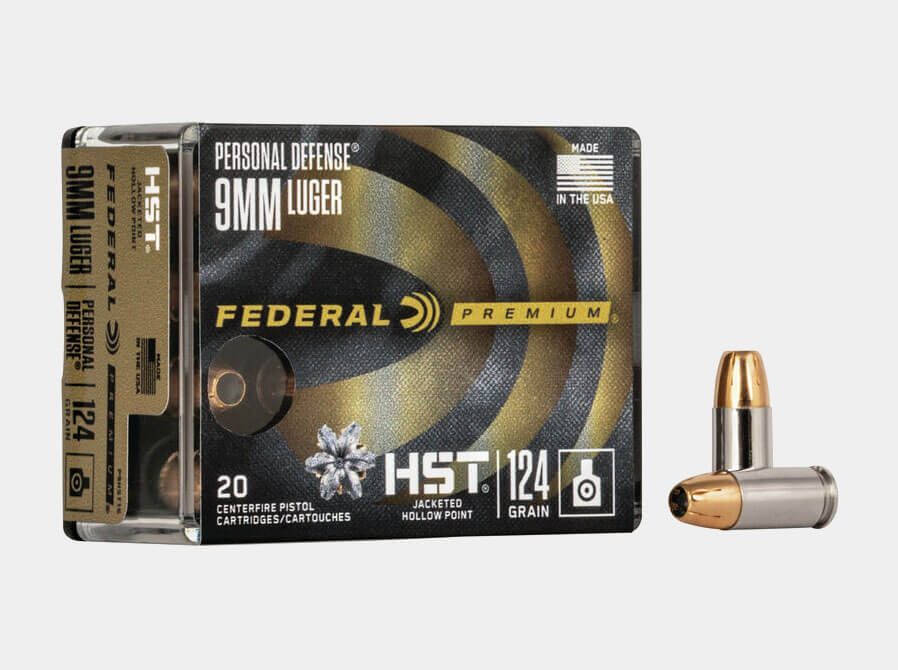 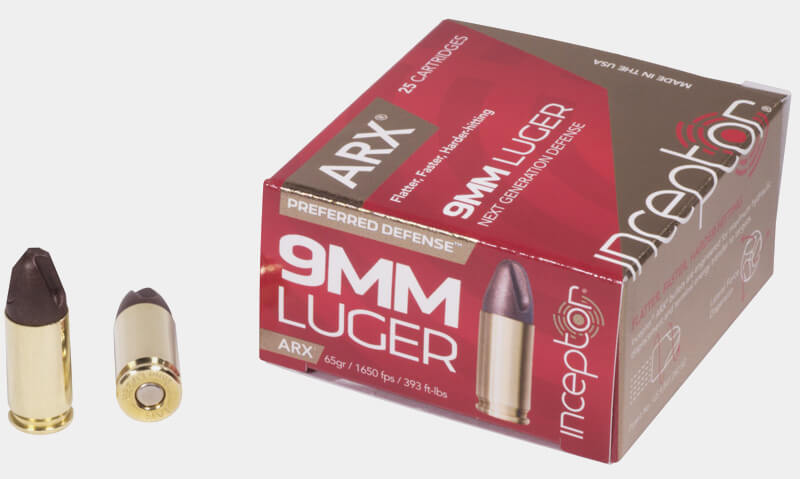 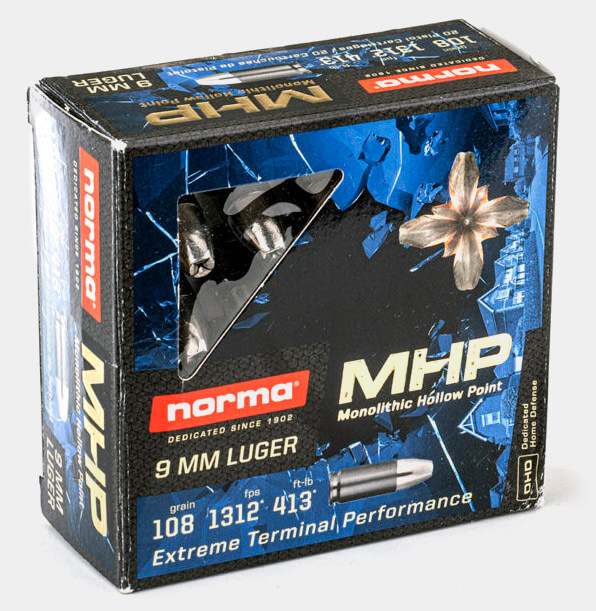 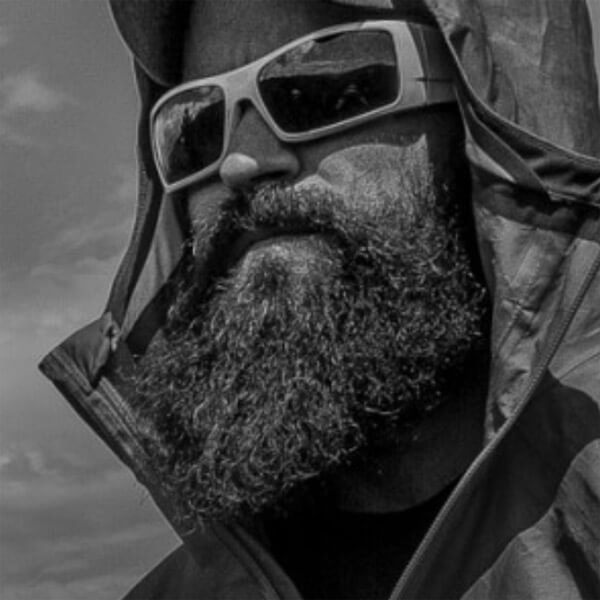 Eric Conn is a writer, outdoorsman, husband, and father. He has a degree in journalism and works in the outdoor industry as an editor and a journalist, after having gotten his start working as a sports writer in Greeley, Colorado.