Without a doubt, the Federal HST 10mm round is one of the best personal defense loads you can purchase for your pistol. Federal developed the load to consistently offer optimal penetration and dynamic expansion, even through heavy clothing and intermediate barriers.

In this review of the 10mm HST, I look at what kind of performance you should expect from the round both in velocity and penetration. Further, I discuss recoil and touch on a few of the premium pistols being chambered for the round today.

What Is HST Ammo?

Put simply: HST is the most effective line of self-defense ammo ever developed by Federal Ammunition.

This 10mm load is part of that successful HST line of defensive ammo. The HST design was explicitly developed to incapacitate a violent attacker rapidly and is sold to both law enforcement and armed citizens.

Undoubtedly, the company’s experience with its long-running Hydra-Shok line contributed a wealth of data to the bullet’s construction. I wouldn’t be surprised to find out that Federal also relied on data from the Gold Dot line of ammunition offered by its sister company Speer.

For those that might ask why you might select Federal HST ammunition for self-defense, the design offers multiple benefits, including:

In addition to 10mm, Federal HST is offered in a range of other loads, including 9mm and .45 ACP.

Even within a product line, companies will work up an optimized load for each cartridge. For the 10mm round, Federal uses a 200-grain bullet that was specifically tweaked for optimal performance. This means that the bullet weight, profile and velocity are all in balance to deliver the best possible results.

From a 5” barrel, the 10mm HST ammo is rated for 1,1130 fps. This makes it a “full power” 10mm load – not a downloaded replication of a .40 S&W round. At the muzzle, the round is pushing more than 565 ft-lbs of energy. While short of .44 Magnum performance, it is still a hard-hitting round suitable for many uses. I recommend reading T. Logan Metesh’s article “Is the 10mm Too Powerful” for a deeper conversation about the power level of this caliber.

Federal offers this load in 20 round boxes as part of its Premium Personal Defense catalog of products. The part number is #P10HST1S. Currently, the company does not offer the load in its 50-round boxes that are often sold to law enforcement agencies.

There are several situations in which the Federal Premium HST 10mm load should excel. The most obvious is self-defense.

Personal protection is the primary design purpose behind the HST line. As such, Federal optimized the rounds for this use case. Penetration and expansion should be ideal for human-sized threats. On a bare block of Clear Ballistics testing medium, The Armory Life’s Yamil Sued saw close-range shots penetrate 18”-19” with full expansion.

While many self-defense shootings happen in extremely close encounters, some require the defender to take a much longer shot. Consider this case:

In November 2014, an Austin police officer stopped an active shooter with his .40-caliber pistol at a distance of more than 100 yards. The officer had to fire one-handed as he held the reins of two horses in his other hand.

While you may not be a police officer, it is possible to find yourself in a similar situation. If you do, you need both the skill and equipment to make the shot. The 10mm HST can be part of that package.

A lot of variables affect long-range bullet performance. However, you can expect that the 200-grain bullet will maintain a respectable amount of energy out to (and beyond) 100 yards.

As stated above, the typical muzzle velocity of this load is 1,130 fps. Ballistic tables suggest the round will have a velocity of about 990 fps at 50 yards and more than 900 at 100 yards.

In other words, the 10mm HST retains about the same amount of energy at 100 yards that a .45 ACP ball round has at the muzzle. That’s impressive and enough to stop a threat.

Can the 10mm HST Be Used for Hunting?

For thinner-skinned animals within 100 yards, I’d argue yes. As with most shooting activities, the key is bullet placement. Beyond that, however, the 10mm is often used for handgun hunting.

The only question that some people may have relates to the penetration of the bullet. Does 18” to 19” in bare gel equate to enough depth for human game harvesting? In many circumstances, I think it does. For larger game animals, I would instead choose a deeper penetrating load. It would not be my first choice for hunting moose or elk.

I started paying attention to things like stopping power in the 1980s and became a cop in the 90s. As you might imagine, I was keenly aware of the limitations exhibited by many of the defensive rounds in that era. Yet, one round did stand out as being a bit better than the rest: the Hydra-Shok.

In its time, the Hydra-Shok was a revolutionary step forward. Designed by Tom Burczynski, the bullet used a center post inside of a hollow point to encourage expansion. While the design was not perfect, the Hydra-Shok performed better than many, if not most, of the alternatives.

Some have theorized that HST is an acronym for Hydra-Shok Two. While the HST bullet benefits from years of experience with the Hydra-Shok design, I don’t know that it is indeed a sequel to the original. When putting the two bullets head-to-head, the HST is clearly the better bullet for consistent expansion, penetration and weight retention.

I’d still carry Federal Hydra-Shok rounds today if that’s all I had. They tend to work well, and if I put them into the vital areas of an attacker, they will do their job. However, in a straight comparison of HST vs Hydra-Shok, I’ll take the newer HST every time.

Is the HST the hottest 10mm ammo on the market? Yes and no. If you are looking solely at muzzle velocity, then no – there are other loads from niche makers that put up larger numbers. However, if you are looking for the best 10mm load for self-defense, you’d be hard-pressed to find a better round.

The HST bullet is pure performance and when loaded to the absolute best specs as Federal has done, it is an exceptionally potent personal protection round. Bullet expansion is impressive and weight retention is as close to perfect as one might obtain. For me, Federal HST ammo is some of the best ammunition you can buy – in 10mm and any other caliber. 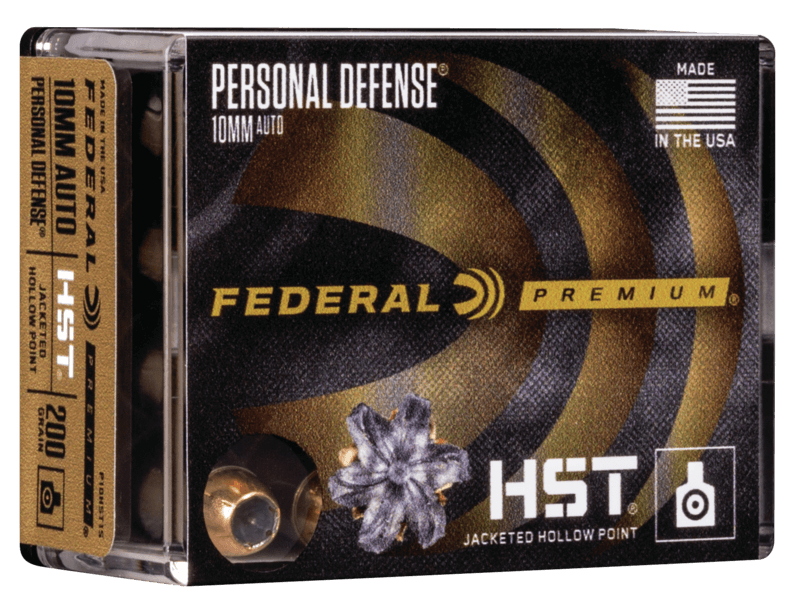 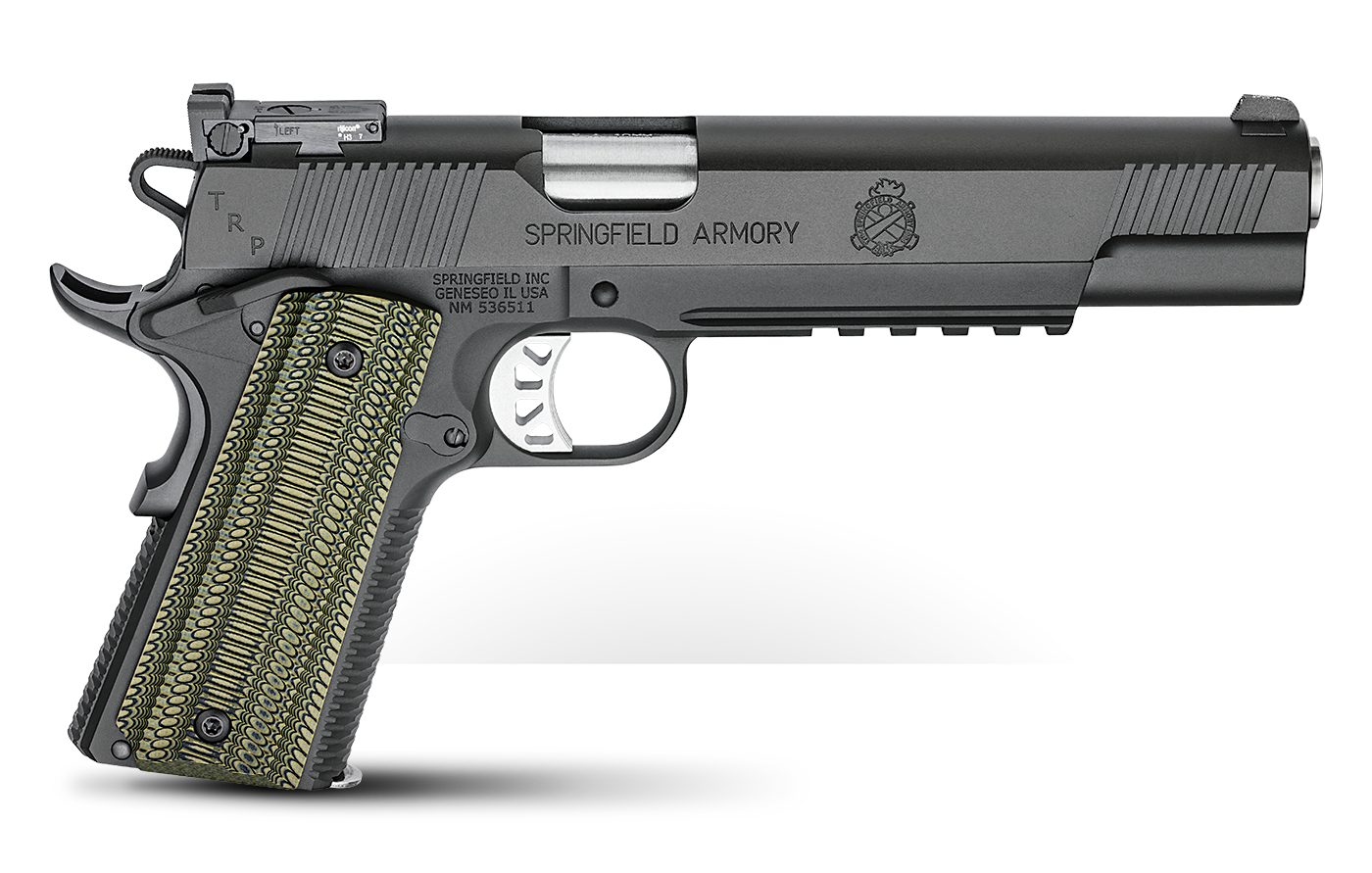