Discussing the 10mm Auto cartridge stirs up strong opinions. When you chamber a polymer pistol for the cartridge, the debate gets even louder. Is it too powerful for self-defense?

To get to the truth, I decided to get a Springfield Armory XD-M and run a bunch of 10mm ammo through it.

Developed in the 1980s, the 10mm Auto is a powerful round that gets an autopistol into Magnum revolver power ranges. It is frequently compared to the .41 Magnum but has a larger following than the revolver cartridge.

After having waned a bit in the 1990s, the popularity of the 10mm Auto is back and stronger than ever. Regardless of your personal feelings toward the round, there’s no denying its resurgence in popularity today.

Companies like Speer and Federal are making high-quality self defense ammunition in 10mm. So, wouldn’t it make sense that the round should available in a popular pistol?

That would be the Springfield Armory XD-M line of pistols, which does in fact offer models in the powerful and popular 10mm chambering.

XD-M pistols in 10mm are available in:

I tested 10mm ammunition the standard XD-M with the 4.5″ barrel. This seems to be the one most people will buy, so I figured more people would be served by data from that model.

Since the 10mm is such a powerful cartridge, you might wonder if the XD-M is up to a steady diet of the round. Well, Clay Martin decided to find out and do a full 10,000-round test of Federal Hydra-Shok 10mm defensive ammo in his Springfield XD-M review. The pistol made it through the test with flying colors.

With all the positive buzz around the pistol, I wanted to try one out for myself.

Although I was not able to do the full test Clay had done, I was able to compile a pretty good selection of ammo for my testing. It included:

A total of 370 rounds of ammo were shot during this test.

Some 10mm pistols can feel a bit unwieldy in the hand, but not this one. I don’t have gigantic meat mitts, yet it fit comfortably in my hand without feeling like I was going to have to do some fancy grip techniques to keep a hold of it. There are three interchangeable backstraps, but I left the one it came with on the gun.

My first five shots out of the gun at self-defense distance all grouped nicely in one of the 4” circles on my target.

Honestly, it was better than I was expecting for my first time shooting 10mm. After hearing all of the hype, the recoil was much lighter than I expected.

Maybe it was the gun’s full-length guide rod, the crisp trigger and reset, or perhaps the ammo, or maybe a combination of all the above? Either way, I’ll take it.

The model I shot had a low-profile combat rear sight with a ledge on the front so that you could rack it off of a hard surface if need be. The front sight was a red fiber optic insert. Included in the case was a second rod of red and one rod of green in case you like that better.

It wasn’t until after I finished all of my shooting that I looked up the specs for the gun. I had no idea that it weighed in at just under two pounds (31.2 oz) unloaded, but I did notice that it felt super light the whole time, even with 15+1 rounds of 180-gr. ammo in it.

For personal defense, this gun is a good weight. It is light enough that it can be carried all day in a good holster. Likewise, it lends itself to home defense. In both scenarios, the 10mm Auto ammo and the full size pistol combine to offer excellent personal protection.

For those unfamiliar with the cartridge, you might expect an afternoon of shooting almost 400 rounds of 10mm to leave your hands and arms feeling a bit, well, uncomfortable.

I found the 10mm to be a pleasant shooting cartridge. It was not too powerful for regular practice and certainly within the confines of what I would want for self defense.

I really couldn’t tell the difference between shooting this gun and caliber and my 9mm pistol, even with the heaviest 180-gr. cartridges.

Simply put, the 10mm is an excellent cartridge for any kind of defensive duties. While the most powerful 10mm ammo will kick a little more than a 9mm, it is not scary or painful to shoot.

I wish I had been able to shoot the Federal HST load for this article as it seems to be the top 10mm round for self defense. That said, I feel perfectly comfortable carrying the Hornady Critical Duty load in this caliber.

Springfield Armory’s XD-M 4.5” 10mm pistol is a great gun. It’s obviously built for rugged duty, yet it is not overbearing. If you’ve been hesitant to give the caliber a try because of what you’ve read on the internet, I’d urge you to give it a try. After all, you read this on the internet, too. It’s a great gun with a great chambering.

Side note: If the 10mm is too much for you, there is the XD-M Elite line available in 9mm. The Elite line is enhanced with upgrades and additional features. Check out Will Dabb’s XD-M Elite review. 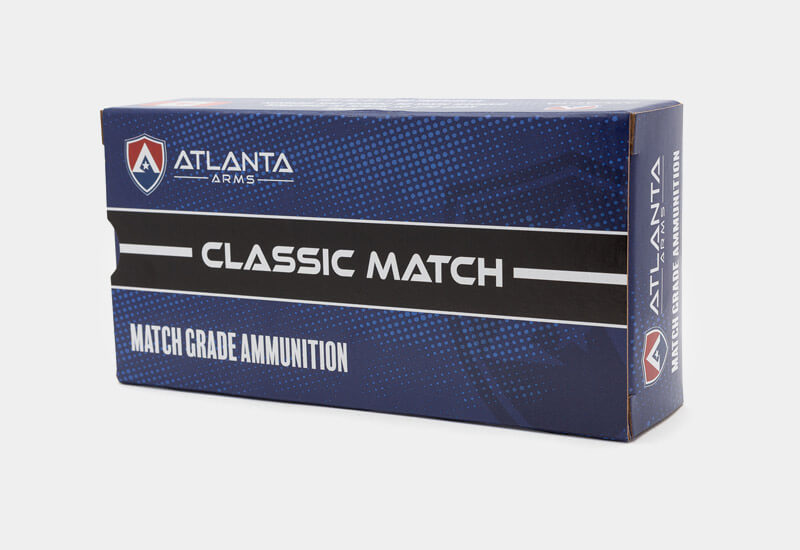 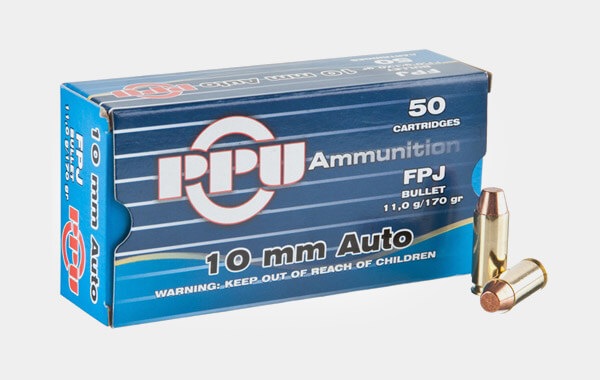 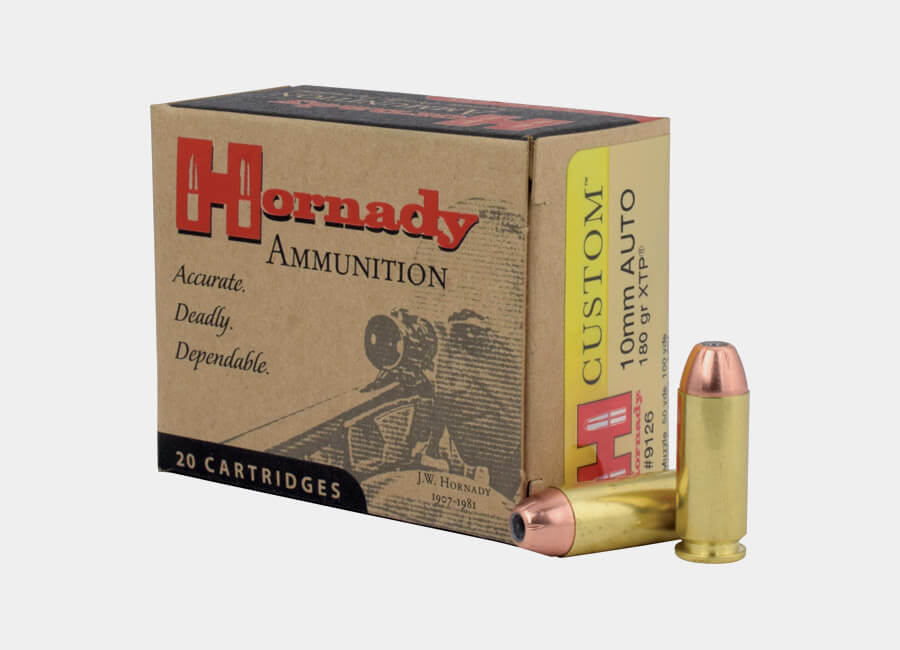 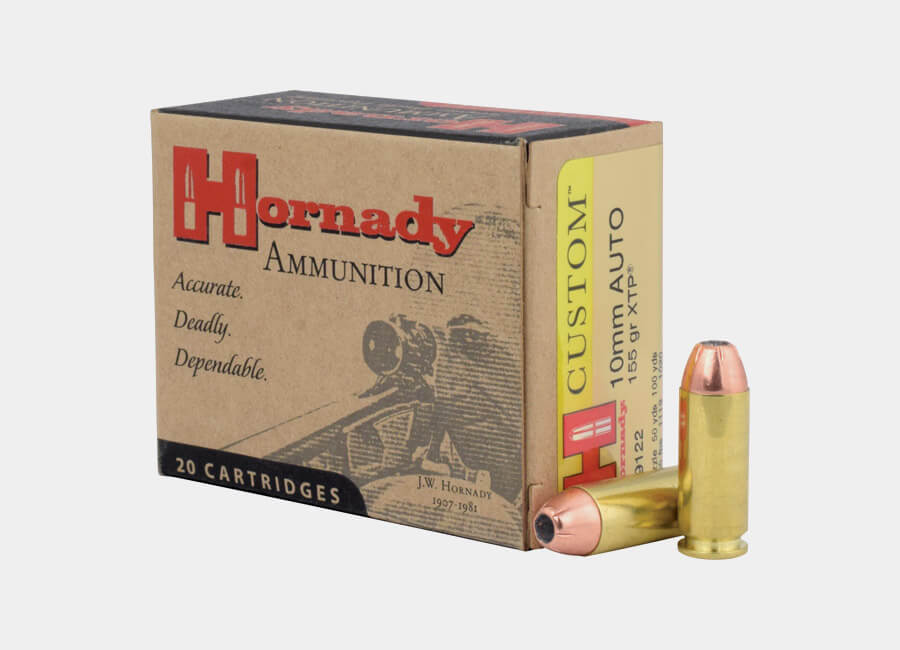 Long-Range Handgunning with the 10mm

Logan Metesh is an historian with a focus on firearms history and development. He runs High Caliber History LLC and has more than a decade of experience working for the Smithsonian Institution, the National Park Service, and the NRA Museums. The ease with which he can recall obscure historical facts and figures makes him very good at Jeopardy! but exceptionally bad at geometry.