The XD-S is less than a decade old and has, since its release in 2012, been concealed on the hips of countless Americans. There’s something about the thin frame and short barrel that appeals to those looking for a versatile carry gun. And the XD-S’ enduring popularity means there is a wide variety of aftermarket accessories: lights, lasers, holsters and sights.

The XD-S series is built for concealed carry. Its ergonomics, controls and sights are all designed for speed. But, that doesn’t mean there aren’t ways to make the gun even faster — like the E-Series red laser from Viridian Weapon Technologies.

Consider defensive shooting scenarios. If you are close enough to touch an assailant (or a target, if you are practicing these drills), sights may be an afterthought. In these close-contact scenarios, you may not get your gun raised high enough to use sights.

At the opposite end, there will might be more time to draw and aim — if adrenaline doesn’t get the best of you. This is where a good sight picture may become a genuine asset.

In the middle area, though, is a mix of possibilities. You may be able to aim a clean first shot. You may be acting more intuitively and shooting from a low-ready position. And because I suck at shooting from the hip, I’ve developed a deep respect for lasers.

Viridian’s E-Series lasers were developed for compact and subcompact pistols. The E-Series for the XD-S is a red laser that is daylight visible out to 25 yards. I find this varies some, depending on the brightness of the sunlight and the color of the target, but — with practice — I can pick up the dot at surprising distances.

In that middle ground, though — 10 yards or less — that red dot is a beacon. It covers a spot smaller than a 9mm bullet, but is hardly subtle. When you draw, extend your trigger finger to hit the ambidextrous button, activating the laser, and by the time you get your gun up, there will be a red dot somewhere down range.

Whenever you add anything to your gun, the profile changes. The E-Series lasers are built on a clamshell design that wrap over the front of the triggerguard. The polymer housing is thin enough to be almost unnoticeable there. In front of the trigger, the laser adds enough bulk that you may need a dedicated holster. Viridian has options, and there are a wide variety of custom and production holster makers knocking these out, too.

This one I am using in this piece a DeSantis Mini Scabbard. I like this OWB option for winter or anytime that you will wear a coat. The leather provides a very traditional feel, but isn’t as thin as some of the other Kydex options.

The E-Series lasers, like all of the lasers from Viridian, are easy to sight in. I suggest doing this at home, under the safest of conditions. Make sure the mag is out. Make the gun safe. Unload it. Check and double-check the chamber. You know the drill. Then install the laser on the gun. This is a simple as turning a couple of small hex head screws. Cut it on and aim at a fixed point in a safe direction.

You may notice that holding the laser completely steady is almost impossible. This isn’t the laser’s fault, but it certainly highlights just how good — or bad — your grip is. Get it as steady as you can while looking down the sights and see if the laser’s dot lines up.

There’s an even smaller Allen wrench included in the packaging that fits in the small holes for windage and elevation. It won’t take much force or travel to shift point-of-impact. Shift the laser, check the implied point of impact with your sights, rinse, repeat.

If you practice at indoor ranges, the laser is going to be very easy to see. Run your target at varying distances and see how far back you might effectively use it. Dim the lights, if you can, and repeat the exercise.

At outdoor ranges, practice at close range and then step back. Very few people that I’ve run across spend any serious time practicing with their subcompact concealed carry guns, but you must. And you should practice at high noon, and in low light, and in complete darkness if you have that option.

Just as important is the work you can do at home. Repeat all of the make-safe steps listed above, but put the empty mag back in the gun. Find a safe space in the house (meaning a space where you aren’t likely to scare your spouse or kids with what’s about to happen).

Pick a practical target, like a framed picture or a lamp, and work on your draw. Start slowly, work on clearing your holster and — at the same time — establishing a firm strong hand grip while your trigger finger hits the E-Series red button. Once you have the mechanics down, add speed to your practice. See how fast you can get the shiny red dot on your target.

I’ve been a fan of the XD-S since its inception. I carried a .45 XD-S for several years. The gun was fantastically accurate for a subcompact. While I deeply respect the terminal ballistic performance of the .45 ACP, even from the XD-S’s short barrel, I eventually made the switch to a 9mm XD-S Mod.2. The 9mm ammo is less expensive for practice sessions, and I like the grip texture of the Mod.2. It is, and remains, one of my first recommendations for anyone serious about getting into concealed carry. Adding a laser just makes it that much faster.

If you already own an XD-S, adding a laser is easy. If you don’t own an XD-S, you can buy the gun with a laser already installed — Viridian is working with Springfield Armory to provide options for that, too. See the link below. 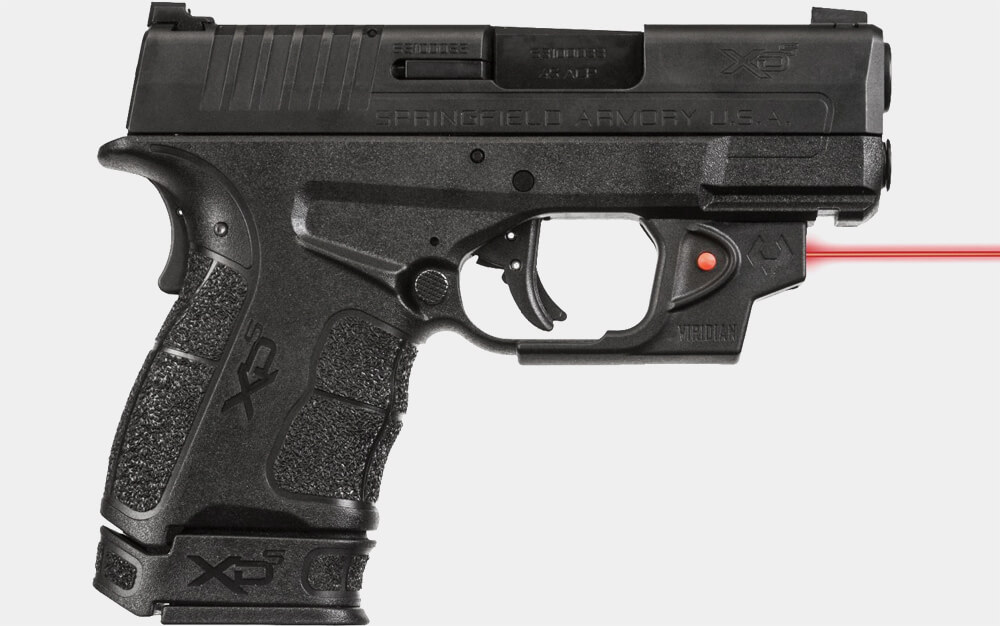 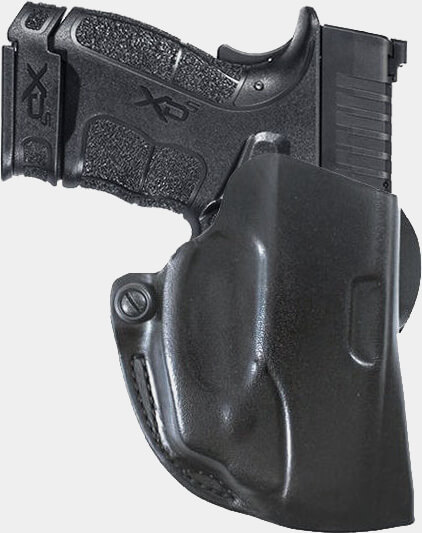 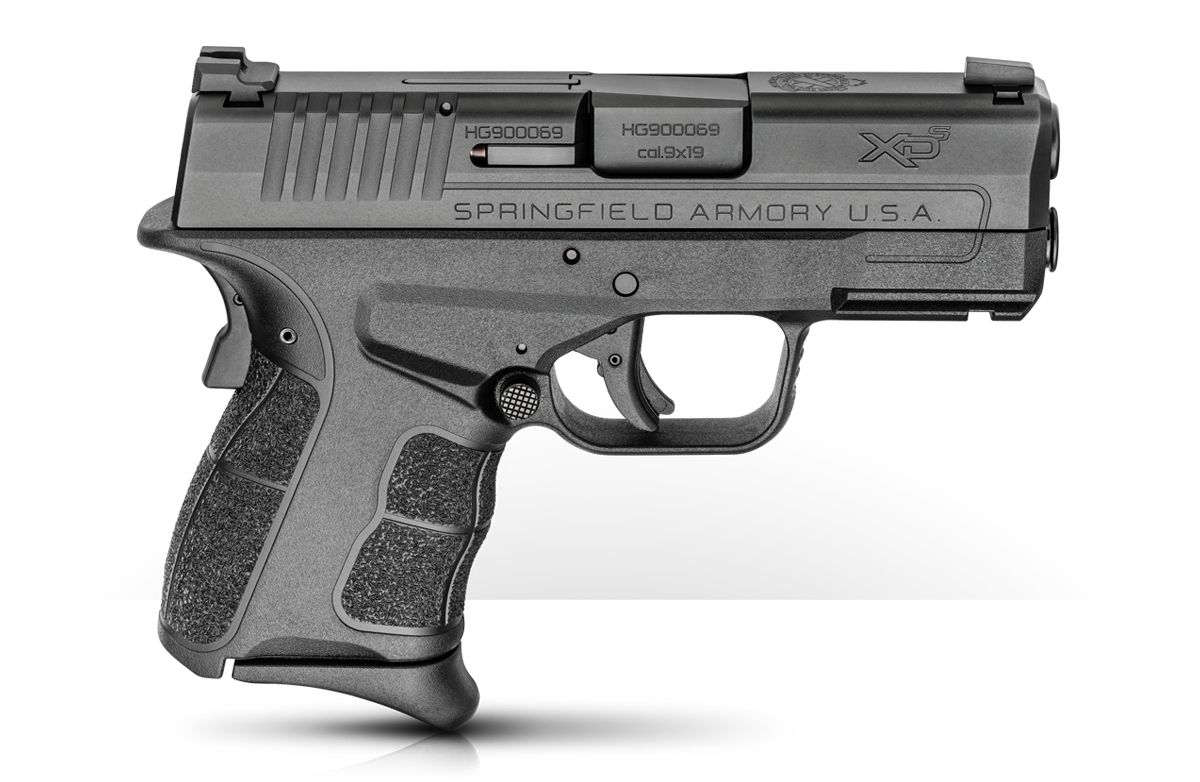 If You Have But One Gun - XD-S In Perspective

How to Clean the Springfield Armory XD-S Mod.2 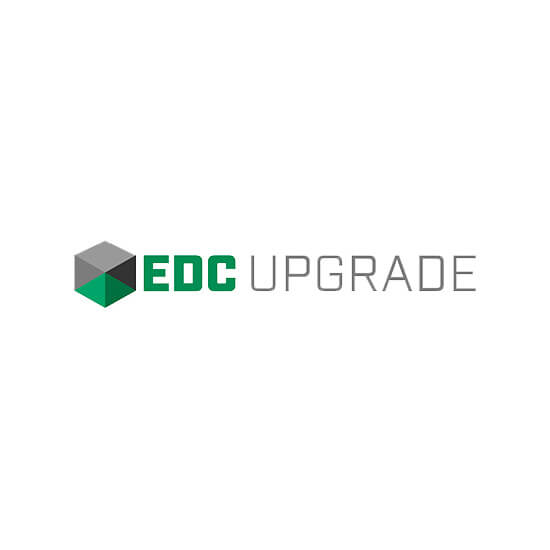 EDC Upgrade is a new series from Viridian Weapon Technologies aimed at showcasing lights, lasers and cameras with the best available firearms. This series covers guns and lasers available as a package from Viridian as well as lasers, lights and cameras available separately. Viridian works closely with brands and companies like Springfield to offer the best solutions for every day carry, training and home and self-defense.