Diving the Loaded 1911 – A Lesson in Stupidity

What kind of adventures have your Springfield Armory firearms been on? Whether a tale of daring or a complete debacle, we want to know. I am going to go ahead and start the party with a story of being young and stupid, a condition most of us are lucky to survive.

Many moons ago, I had traveled back from Ft. Bragg to Camp Lejeune, to spend a weekend with some of my former Marine teammates. On the agenda was fishing at an island only reachable by boat. Now because we were poor in addition to being young and dumb, the boat in question was a flat bottom johnboat, with an extremely finicky engine. This in itself is usually not cause for concern. If you are going to be working in calm, flat waters, what is the worst that could happen? Not much. But our path required that we shoot the inlet from the brackish intercoastal waterway to the open ocean.

For the uninitiated amongst us, what exactly does that type of watery intersection involve? Well, it can get rather messy. As the tide meets what is effectively a river that reverses flow twice a day, complications can happen. Waves of both unusual size and direction are frequent. Even on a good day, if something is going to go wrong, the inlet is a good bet as to when.

Now I will also say that being an amphibious commando (or prior amphibious commando at this point) mutes your fear of the ocean. And quite possibly your good sense, but that is for another day. We had shot the inlet hundreds of times in Zodiacs, what could possibly go wrong? So what if the crew usually consisted of other fit, tested young men, with stuff like “training” and “scuba fins?”

Today the crew consisted of three grown men, three very much not Reconnaissance Marine women, two 80 pound dogs plus a cooler full of smart sauce, fishing tackle, my beloved backpack, and various other nonsense. For an eight-foot johnboat, this was well above max capacity, which I am sure had nothing to do with what happened next.

Getting out of the inlet was no problem. Who dares, wins, something something tough guy, we made it to the island. We did our fishing, imbued none of the silly sauce, and didn’t get underway until well after dark. And then the problems began.

Coming into the inlet, we could see nothing but whitecaps in the moonlight. Things had turned nasty over the passing hours, and this was going to be a rough shot in a best-case scenario. The coxswain advised the women and children to hang on tight, we were in for a ride. And right as we hit the dead center of the chop, a noise I will never forget. The engine going from full RPMs to dead, instantly. A moment of silence, before a wave passed over the stern, followed by crashes from the left and right. I abandoned ship just as it flipped, thankfully slipping an arm through my ruck strap as I did so.

Getting a headcount in the dark, in such a situation, takes some doing. After a few minutes, the screaming stopped, and we were able to account for all the humans. I also had a flailing boxer in a rear-naked choke, lest he drown the both of us. Between the dog and my un-waterproofed backpack, I was having something of a time. But I wasn’t about to drop the pack, because it contained my pride and joy. This Marine’s Loaded 1911, purchased on my 21st birthday, from the Lejeune PX. Why did I have a gun with me on a fishing trip? Because I don’t leave home without one — and maybe, pirates. Regardless of reason, I wasn’t about to send it to a watery grave without a fight.

Finally, I was able to pass off my backpack, and deal with a more immediate problem. We only had one dog, and only a monster would let the other dog drown. Feeling the thrashing dog in my left hand, a moment of clarity opened my memory. The dogs had been tied together, to make them easier to handle in the boat. And fortunately, a johnboat is a very difficult thing to sink. They might flip easily, but they don’t exactly submerge like an anvil. Our boat was now safely flipped all the way upside down, bobbing on the waves. Tracing the rope from the collar of dog #1 led to the boat and then under the water. A quick feel on the inside of the boat revealed an air pocket and a rapidly panicking furry set of teeth. With a Herculean effort, two of us grabbed the trapped animal by the collar, forced him under the water, and free of the boat. We set both waterlogged beasts on the now exposed flat bottom, taking a much-needed breather.

Then things got worse. With the capsize of our mighty vessel, we had lost our running lights. This particular inlet was not very wide, in terms of navigable waters. And coming around the corner from the inland side was a real-sized boat, throttle pegged to punch through the treacherous intercoastal. We had no chance of yelling above the roar of the engines, and no chance of swimming away. Johnny, who would later win a Navy Cross in Afghanistan, took charge.

“When I say now, I want you all to dive as deep as you can, and stay under for as long as you can!”

In the circumstances, that was absolutely the best option available. I saw the future, being slammed headfirst into the hull at 30 mph and drowning — or coming up early, and eating the prop of a twin-engine 200 HP blender — and never hitting those Powerball numbers, or climbing Everest. Johnny started counting, “three, two…”

And then my feet hit solid ground. We had been drifting the entire time, something difficult to tell in the dark and with all the other tasks at hand. The intercoastal had chewed us up, but now it spit us out. The boat passed us 100 feet away, and I am certain never even noticed us. A few minutes later, we collapsed in a heap in a patch of reeds.

The dangerous part was over, but not the hard part. All the paddles were lost and the engine was hopeless. We ended up walking in thigh-deep water for six hours. The men in a motley collection of recovered flip flops, the women in the boat as we towed it. We made it home as the sun came up.

My all-steel 1911 spent about seven hours in saltwater before I could even rinse it. In retrospect, probably not on the recommended list. But it did survive. It required a detail strip, but all in all, was none the worse for wear. Not only do I still have it, I still use it. And I can’t pull that gun out of the box without remembering the night I almost lost it. 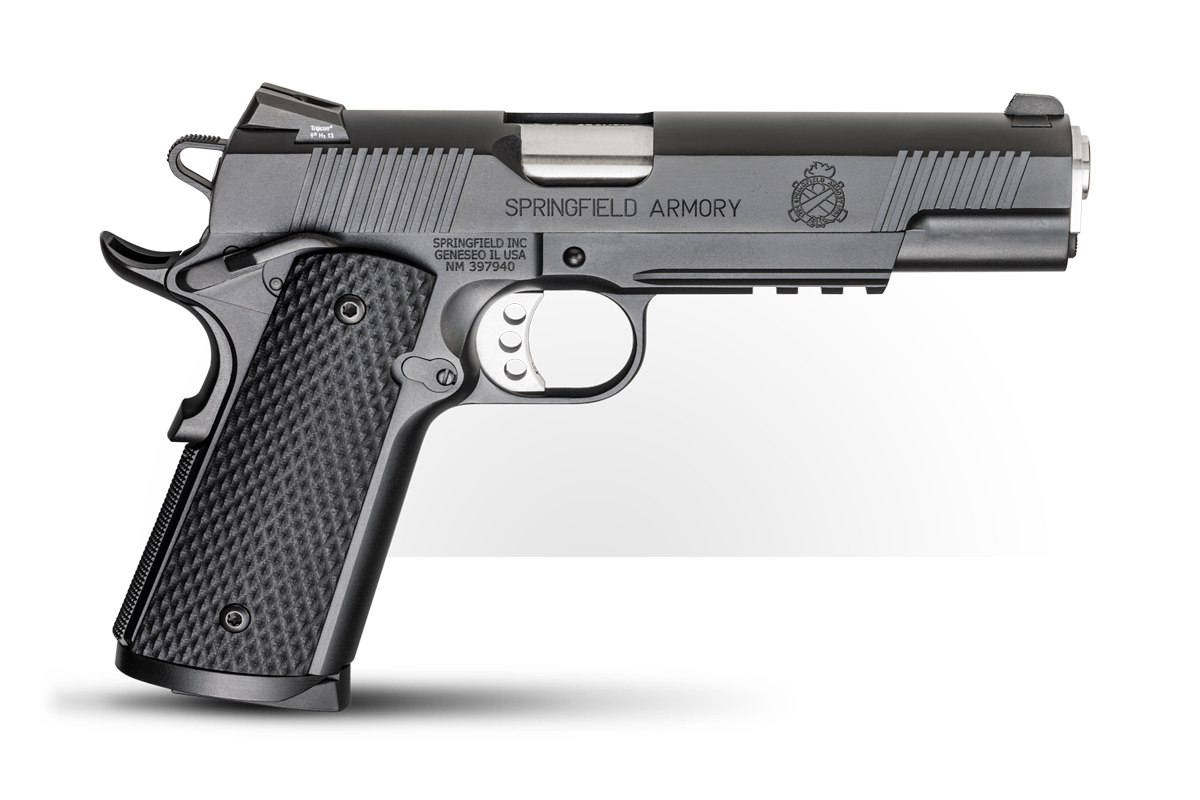 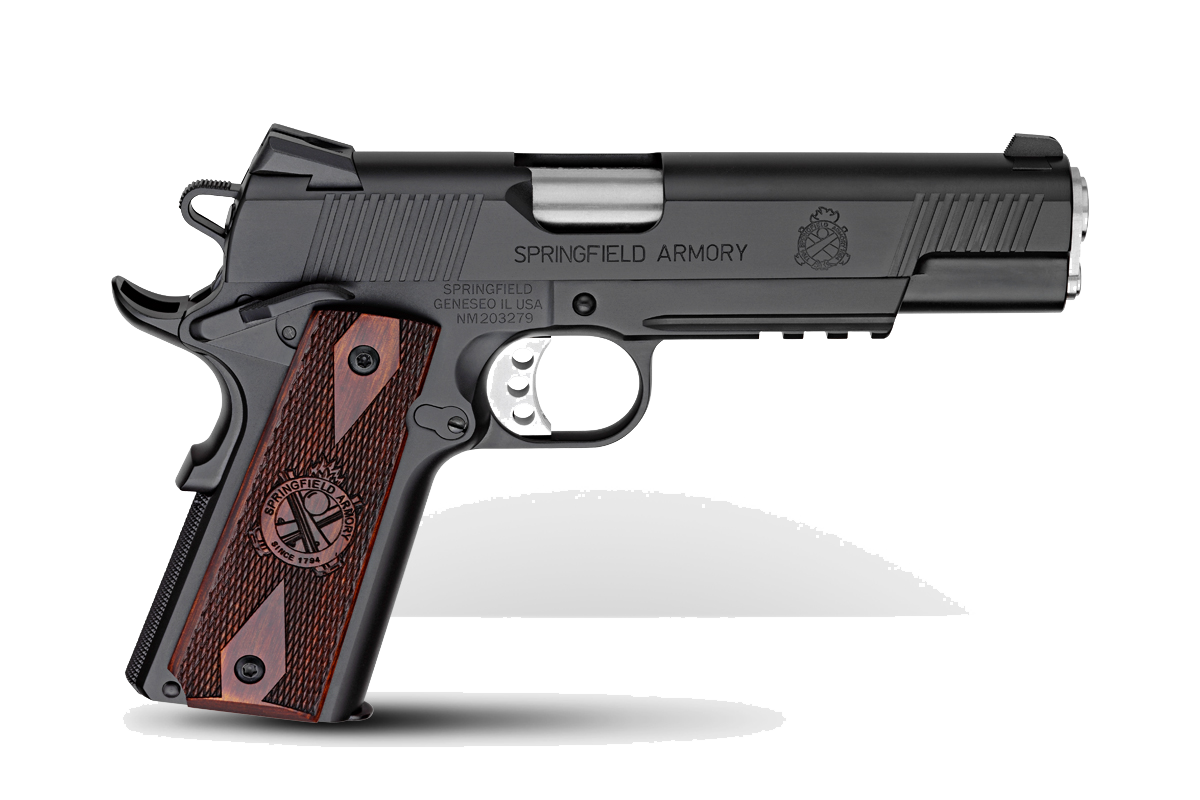 Do You Know How to Use Your CAT?