Modern shooters seem to spend way too much time shooting from a bench. The quest for the next smallest group seems endless. The thing is, a rifleman needs to be able to shoot from field positions. This is particularly true if you’re planning to employ a rifle for hunting or in a life-saving defensive manner, like you might do with the Springfield Armory M1A Scout Squad Rifle. Here is a collection of tips for rifle shooting from field positions. Sometimes it’s the little things that make all the difference.

Standing – Use a Fighting Stance

When most folks shoot a rifle from the standing position, they stand erect and take their time in an effort to make the best – most accurate – hit possible. There is nothing wrong with this, however, in a hunting or self-defense situation, it’s generally not the best approach.

This is because shooting from the standing position is the least accurate of all field positions and should really only be done because time is limited. In other words, if you have the time to stand up straight and take your time, you probably have the time to assume a more stable position.

When shooting from a standing position, assume a combat/fighting stance just like you would if you were shooting a defensive handgun. Your feet should be about shoulder-width apart, knees slightly bent, and you should have your bodyweight a bit forward.

You should also mount the rifle squarely as opposed to across your body. This helps mitigate felt recoil and allows you to get back on target for follow-up shots faster. Also, do not let the rifle sling swing freely under the rifle; scoop it up in your support hand as you grasp the rifle’s forend. This will reduce side-to-side wobble.

Kneeling – Elbow Under the Rifle

If you have a bit more time to make the shot, the kneeling position makes you a smaller target and allows for you to take advantage of waist high cover. More importantly, it provides some support for your support arm, which helps you better support the rifle.

However, the mistake many shooters make when assuming the kneeling position is that they fail to get their support arm/elbow under the rifle.

If your support elbow is not directly under the rifle, your support arm has the tendency to impart vertical movement to the rifle. This is because instead of using bone-on-bone support, you are attempting to hold the rifle still with muscles.

When you kneel, place your support arm elbow just forward of your knee and keep it directly under the rifle.

There are a number of ways to sit and shoot a rifle. The cross-legged position is the steadiest, but some are not flexible enough to use it.

You can also sit with your legs bent and spread wide apart, even with one knee higher than the other. You can even sit with one knee bent and acting as sort of a rest. Your physical ability and position/situation will dictate the best approach. The cross-legged position may put you too low for the available cover or intervening obstacles, or you may be somewhere you can lean back for stabilization.

Regardless of the seated position you assume, you can greatly enhance its stability by slinging up. There are a variety of shooting slings on the market. Most will allow you to sling up your support arm, but some will permit the slinging up of your shooting arm.

Both techniques work. Find the one you can assume the fastest and the one that will provide you the most stability. For a sling to work it has to be tight. We’re talking a one-size too small belt on a fat man tight.

One axiom that applies to shooting a rifle from field positions is that the closer the barrel is the ground, the most stable the position will be. Your situation may not always permit shooting from the prone position; the cover or intervening obstacles may be too high. However, when you have the time and location to go prone, it is the position that will give you the greatest opportunity for a good hit.

Often when shooters go prone, they struggle to get the gun comfortably pointed at the target. To compensate for this, they will use their toes to slightly move their body. The problem is that they are not applying their natural point of aim, and again, they are using muscles to aim the gun.

Ideally, your feet should be flat on the ground, with your toes pointed out, and your legs relaxed. Practice dropping to the prone position so that you fall into a position where your natural point of aim is very close to the target. Then, make small total body corrections to fine tune. Stay off your toes! 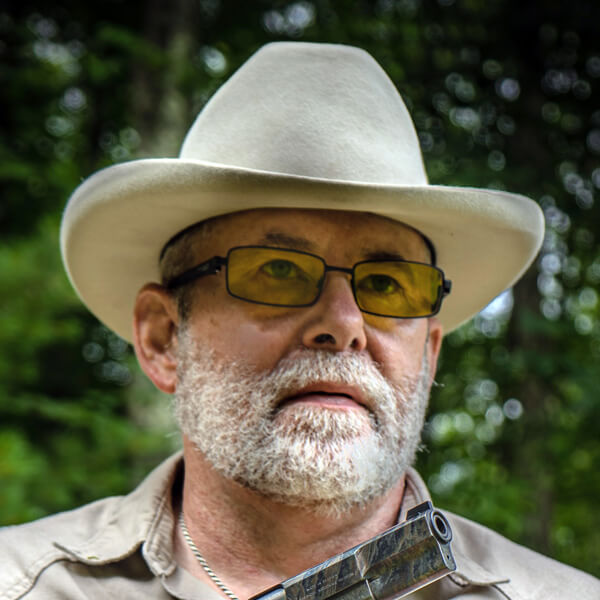 Richard has hunted from the Montana mountains to the green hills of Africa. He has a military, law enforcement, firearms instructing and competitive shooting background, and is the author of Handgun Training for Personal Protection and The Scout Rifle Study. Richard currently contributes to a variety of gun and hunting magazines. A hillbilly at heart, Richard lives on his personal shooting range in West Virginia with the most understanding wife in the world, their kids and a very protective Rhodesian Ridgeback.