First, let me make one thing clear before you read on. This article is NOT about the best choice in pistols for concealed carry. Whether you choose to carry a revolver, striker fired, or double/single hammer driven pistol is very personal. You need to carry the type of pistol YOU find most comfortable carrying. However, regardless of the gun you choose, you need to know the condition of it whenever you carry.

The modern 1911, (like Springfield Armory’s EMP or 911) with its consistent and light trigger, usually has a firing pin block, manual thumb safety and a grip safety. Although I don’t agree with all of these, here are a few ways people carry a 1911.

Double Action/Single Action (DA/SA) guns (like Springfield Armory’s XD-E) are very popular for concealed carry because their condition is easily determined by appearance. Some DA/SA guns have a de-cock lever which doubles as a manual safety. These guns can be carried 3 different ways, depending on the user’s preference. I did not include any without a round in the chamber.

1. De-cocked, hammer down with the safety on. After the safety is deactivated the first shot is fired from double action.

2. De-cocked, hammer down and safety off. The first shot is from double action

It’s important to remember that in the first 2 methods of carry when racking the slide to chamber the first round, the hammer is cocked in single-action. The de-cocking lever should then be used to safely drop the hammer back into double action before returning to the holster.  Those carrying in the first method also need to engage the manual thumb safety.

For the third method of carry, once you rack the slide to put a round in the chamber, the hammer is cocked. The user then engages the manual thumb safety and puts the pistol into the holster.

Make the decision to determine how you want to carry your DA/SA pistol. Once you decide, then practice should consist of drawing from the holster and returning to the holster in the correct condition. When using the manual thumb safety, deactivated it on the way to the target. Likewise, on the return to the holster activated the safety. When carrying the pistol de-cocked, the manual de-cocking lever should be used to de-cock the pistol before returning to the holster. Dry fire, without any ammunition present, and in a safe place, will greatly aid your drawing skills.

Decide How YOU Carry

When deciding on a firearm to carry, choose one that makes YOU feel comfortable. Choose one that fits your hands and your needs. Make an educated decision as to what condition YOU want to carry. Remember, safety mechanisms on firearms are to help prevent an accidental discharge, but that they are a mechanical device and mechanical devices can and do fail.

Editor’s Note: The piece was shared with is by the Women’s Outdoor Network and can be viewed here. Also, please be sure to check out The Armory Life Forum, where you can comment about our daily articles, as well as just talk guns and gear. Click the “Go To Forum Thread” link below to jump in! 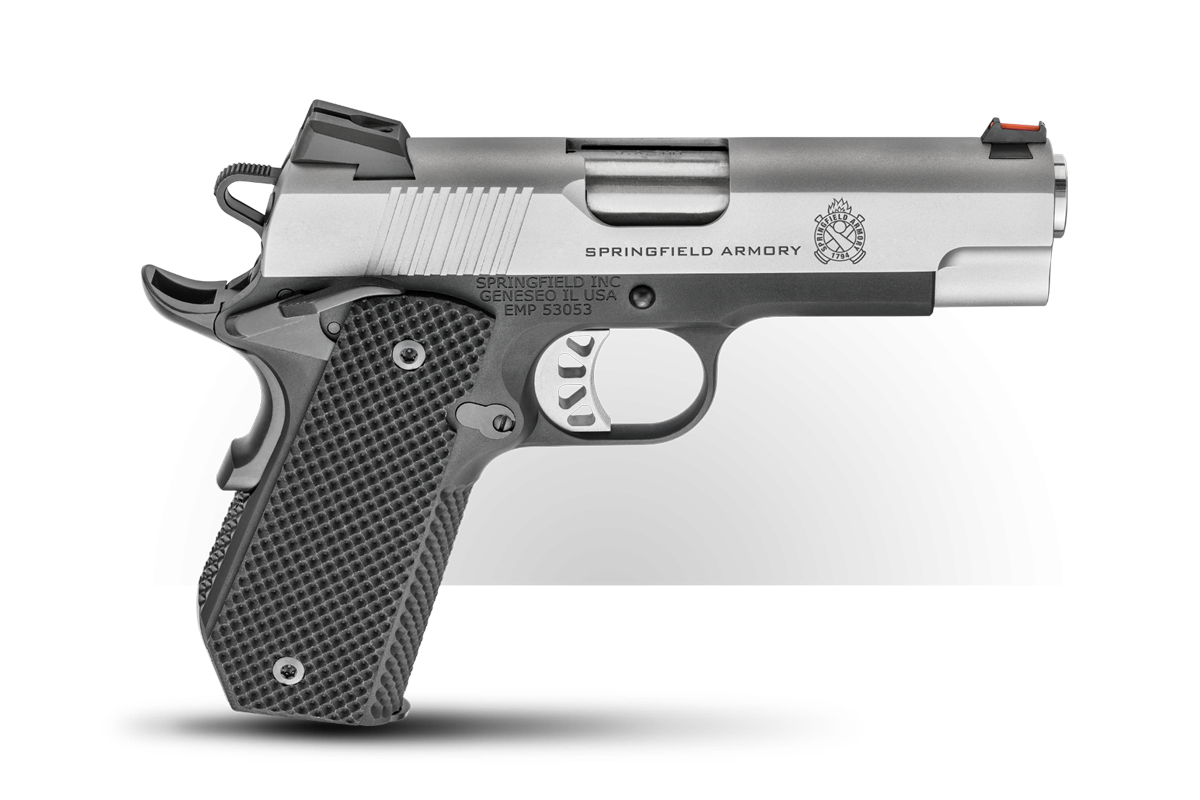 What Should I Wear to the Range?

Michelle Cerino is the managing editor at Women’s Outdoor News and author of Gear Up, sponsored by Springfield Armory and Princess Gunslinger. She also freelances for other industry magazines including Combat Handguns, Person Defense World and New Pioneer Magazine. Michelle is the president of Cerino Consulting and Training Group LLC, a firearms training company she built with her husband Chris in 2011. They instruct both civilians and law enforcement. Her path in the firearms and outdoors industries is ever progressing. She is writing, hunting, competing and doing contract work for major manufacturers. Michelle is a proud Life Member of the NRA, and also belongs to NSSF, AG&AG and ILEETA.