Manual Safety or Not: Too Dangerous To Carry?

The concept of a safety mechanism mounted in, or as part of, the trigger blade itself as the primary safety has become very well-accepted since it was first seen in the 1980s. The trigger-mounted safety, which only allows the pistol to fire when the trigger finger engages it as part of the “pull” process, was a pretty controversial concept at first — especially in the law enforcement community.

The trigger-mounted safety system or related designs have been universally adopted for use in semi-auto pistols with polymer frames by nearly all major manufacturers — and with good reason. They work well and exactly as advertised — as long as you do your part by keeping your finger off the trigger until you are ready to shoot.

The lighter trigger pull afforded by trigger safety systems has improved the training scores of shooters equipped with guns of this type — and has enabled shooters who could not handle the 12-lb. first shot pull of a DA/SA pistol or revolver to shoot pistols like this easily. I saw improved scores occur when we switched to pistols with this system at my sheriff’s office — and one accidental discharge — which brings me to my next point.

Obviously, you can’t make a mistake with a firearm. You must always be cautious and follow the rules of gun safety. But, all it can take is a momentary lapse of attention to cause a problem.

In cases, often away from the range, when holstering/unholstering/changing holsters, moving the gun in and out of a safe or gun locking box, and loading and unloading, you must be very careful and not let your focus lapse. Personally, despite 56 years of shooting experience, I personally feel much better having the extra assistance that an additional manually engaged safety provides.

The addition of a manual safety to a handgun with an existing automatic trigger safety enhances the operational capability, rather than detracting from it. It gives you options if and when you want them.

Take Springfield Armory’s Micro-Compact Hellcat. This superb 11+1 capacity pistol’s OSP version can accept red-dot optical sights — as well as an optional manual safety. I was sent the manual safety pistol version to evaluate for this article.

The trigger pull on the Hellcat weighs in at 5.2 lbs. according to my Wheeler Engineering trigger gauge — which is right in line with pistols of this type. The ambidextrous manual safety levers are “1911-style” thumb safeties, as they are located in approximately in the same position as those of the venerable 1911 pistol. Push the safety lever “up” and the safety is on. Push the safety lever down and the Hellcat is ready to fire — just like a 1911. And they don’t get in the way of operation.

The manual safety on a Hellcat can be “optional” in its use. It clicks on and off firmly — there is no mushy feeling to it as I’ve experienced on other guns. My trigger pull gauge showed that it took approximately 1 lb. 12 oz. of pressure to engage, and 1 lb. 7 oz. of pressure to disengage. This makes it difficult to unintentionally engage or disengage the safety, but still easy to use by intent.

The Hellcat safety levers are also prominent and protrude above the frame. If you are carrying the Hellcat “cocked and locked”, sweeping it off or on is just as smooth as it is on a 1911 and just as positive. Which brings me to the next point.

The addition of the manual safety levers on the Hellcat gives you options. If you are a 1911 user and you want a much easier-to-carry gun, then this is the micro-compact pistol for you, as the manual of arms for operation will be similar to that of the 1911. When my son was born seven years ago, I began to shift away from carry pistols with just a trigger safety, to those with an additional manual safety.

I no longer carry pistols without them. The extra safety layer, in case of that momentary lapse of attention, gave me additional peace of mind. Even with that understanding, I still want the extra protective layer of an additional manually activated safety.

What About Grip Safeties?

What if you don’t want a pistol with a manual safety lever — but still want that additional layer of safety? Consider the Springfield XD series which always featured an additional grip safety in addition to a trigger lever, yet it has no manual safety for the thumb to operate.

If you are not familiar with a grip safety, it is a manual safety device placed at the rear of the grip frame that was originally popularized by the 1911 pistol. While technically a manual safety, it disengages seamlessly when you fully grip the pistol and allows you to fire. You don’t even notice it. Relax or remove your hand, and the grip safety automatically engages.

I owned an XD Sub-Compact 9mm for a few years and found its operation was totally intuitive and seamless. It’s a great way to answer the safety or no safety question.

If you have never considered having a manually operated safety in addition to the trigger safety of a semi-automatic pistol, pistols with frame-mounted safeties and grip safeties might truly warrant your consideration. You may find that a concealed carry handgun with a manual safety is an option that would work for you. But remember, those trigger safeties are also thoroughly proven technology. So, the choice is yours! 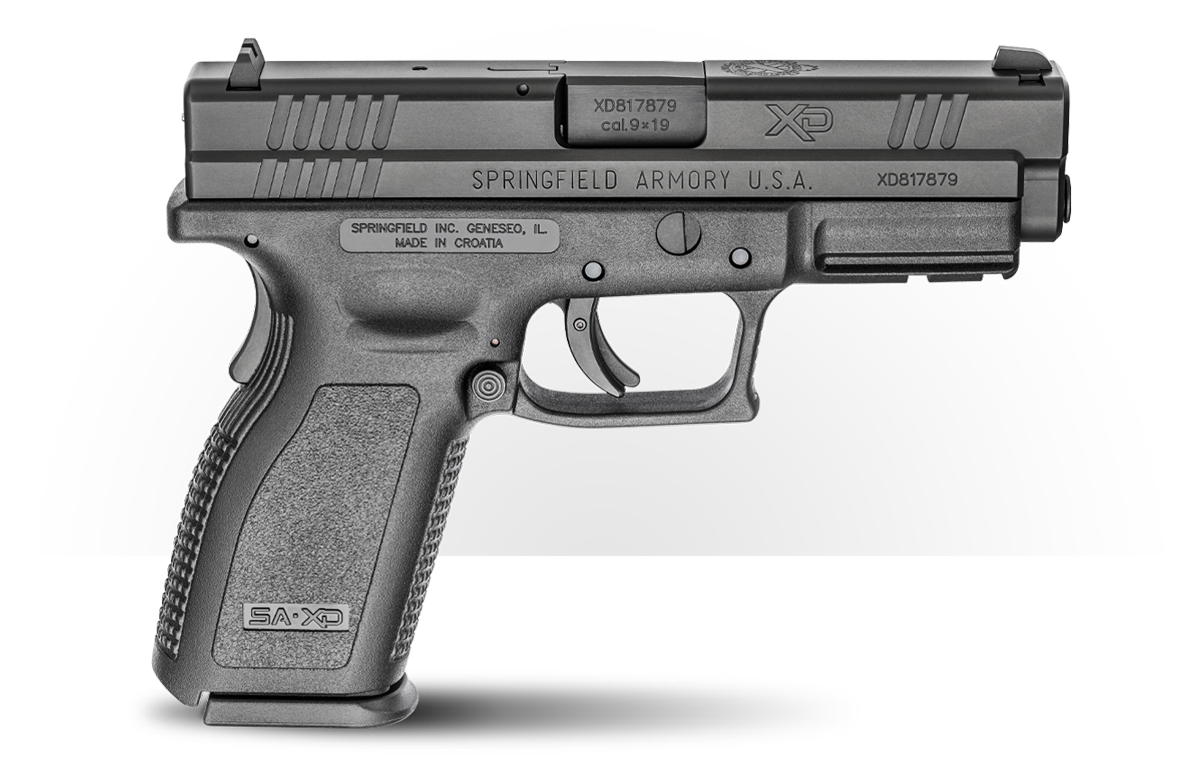 Does the Hellcat Have a Safety? As Much as You Might Want

Scott W. Wagner is a criminal justice professor and police academy commander in Ohio. He started his law enforcement career in 1980 as a reserve deputy sheriff. He later became an undercover liquor control investigator in 1981 and narcotics investigator in 1982. In 1984, he became a full-time patrol officer for a municipal police department. In 1991, his career changed to law enforcement instruction at a community college. At the same time, he took a position as a reserve deputy sheriff with a rural Ohio agency, where he spent 20 years as a patrol deputy, trainer, and SWAT team member, earning the position of sniper and assistant team leader. The final 10 years of his career was spent as patrol sergeant with a village police agency, retiring in August of 2020. Scott is a police firearms instructor certified to train revolver, semi-automatic pistol, shotgun, semi- and fully automatic patrol rifle, and submachine gun.