There is nothing more frustrating that having a really great gun on hand and no way to shoot it. That’s been the case for us with the Model 2020 Waypoint rifle we’ve been using (see GunSpot’s pieces on taking the Waypoint out on a hunt and also running the rifle through the NRL Hunter Match), as it has been very difficult to acquire ammo — something we know all of you are facing as well.

Recently, we were fortunate to be able to acquire some Deer Season XP 125-gr. 6.5 Creedmoor rounds from Winchester Ammunition, and could not wait to get it and the Waypoint rifle out to the range. We wanted to know if this was a legitimate long-range hunting round.

Fuel for the Fire

The Deer Season XP loading has been specifically designed for deer hunting, to take down an animal as quickly and humanely as possible. The loading is offered in a variety of chamberings, ranging from .223 to .30-06 to 7mm Magnum. Bullet weights range anywhere from 64 to 250 grains.

The projectile itself features an “Extreme Point” with an oversized impact diameter. The means more energy transfers to the target which is better for taking down deer. The round has a large diameter polymer tip as well as a tapered jacket for the flat-based projectile.

In 6.5 Creedmoor as tested, it has a muzzle velocity of 2,850 feet per second, while the energy is 2,254 ft-lbs. When we went out and shot our first groups at 100 yards, we hooked a Magnetospeeed to our rifle and only had a 7.4 feet per second standard deviation, which is very, very impressive.

This round is clearly built to deliver energy on target and put down an animal, but the real question is, how does it fly? Is it accurate? We started zeroing our Model 2020 Waypoint with this bullet and we ended up with a very tight group at 100 yards. Was it as tight as match ammo would produce? No, but it’s still a very accurate round. And remember, this is a round designed to take down an animal first and foremost.

But how accurate is it? To really wring it out, we decided to test it out over some long-range distances. Frankly, most hunters on average probably never shoot farther than maybe 250 yards on a deer. You can shoot farther for sure, but I’d imagine most hunters in the country don’t feel confident past 300 yards. So, we figured this round has probably never been tested by reviewers at 1,000 yards. We decided to give it a shot.

Now, we did have some doubts about this bullet and the reason being that it has a flat base. Flat-based bullets will deliver plenty of impact, but they don’t fly as well as boat-tailed bullets. As a result, we went in with relatively low expectations, expectations that were soon proven wrong.

After we got the rifle zeroed, we first decided to try a target at 405 yards. Grant hit this with no problem. Then we moved on and hit targets at 617, 760 and 1082 yards. Once we moved on from the 1082 yard mark, we noticed the bullet was harder to predict.

For a flat-based hunting round to be accurate out to nearly 1,100 yards is no small feat. We were pleasantly surprised by how well this round performed at distance. Grant felt comfortable enough that as long as the shot was well-placed, he could definitely hit a deer-sized target consistently at 600 yards and put it down.

All in all, we were excited to get the chance to test some ammunition during this ammo crisis. The 6.5 Creedmoor Deer Season XP is an awesome cartridge that any hunter would be lucky to use. And now we know as long as the hunter is skilled enough for the shot, it could be used to take down deer effectively out to 600 yards. Is it the best long-range hunting round? We hope to find out this fall!

Just remember to get out and practice shooting long distance as much as you can. Even though the round is capable, you might not be. It is unethical to take a shot at an animal that you are not confident in. So, practice, shoot smart and be a good steward of conservation. And pick up some of this ammo as we can assure you it will do its part! 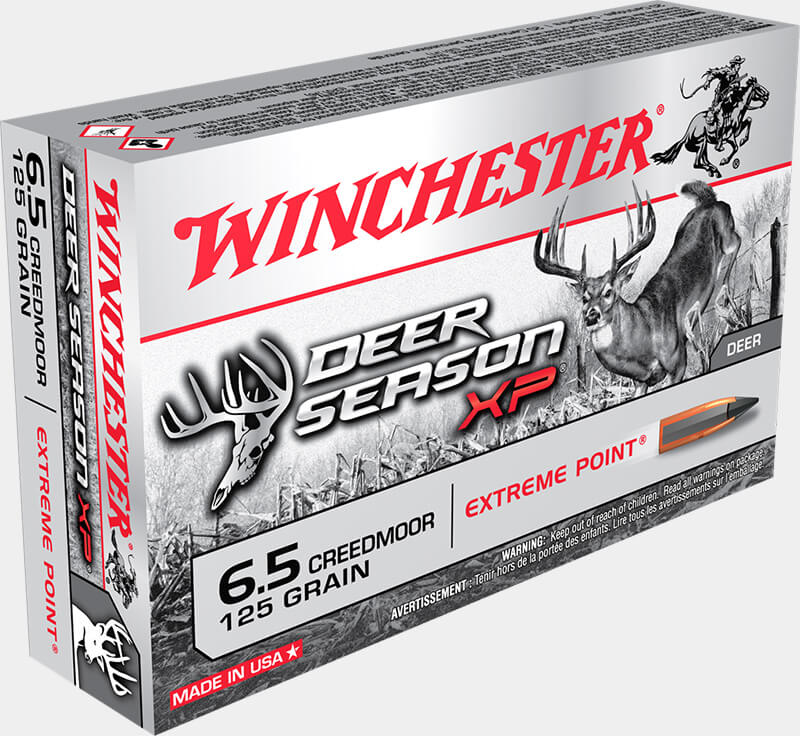 Handloads for Semi-Auto Rifles vs. Bolt-Guns