When I began my life of daily carry almost 30 years ago, I carried what was approved and available. My respect of the .45ACP round goes this far back, as that is when I chose to purchase a single stack .45ACP as the handgun which would reside in my holster. I actually opted out of the .357 revolver that was department issued at the time.

Not long after, I began seeking out some of the best firearms shooting and training that was available. Living in a shooting mecca, I quickly caught the match shooting “bug.”  It was in those early years that I met fellow Springfield Armory SMEs Steve Horsman, Kyle Schmidt and some guy who was often seen riding wheelies around the range on his mountain bike. You guessed it – this multi-tasking dude was Rob Leatham. Being able to compete with shooters of all levels, from beginners to Master Class World Champions was both inspiring and awakening.

I decided then and there that for the majority of my match shooting, I would compete with some form of my duty or daily carry firearm.

Fast-forward many years to the introduction of the Springfield Armory XD line of firearms. Since then, the XD-M in 9mm has been one of my two primary carry/duty companions. In addition, it is the handgun I shoot in USPSA Production, IDPA Stock Service Pistol, and multi-gun matches. My second carry/duty handgun is a Springfield Lightweight Operator in .45ACP. #EqualAdmiration

Other than adding grip tape and experimenting with various iron sight combinations, my XD-M pistol is in its factory stock condition. The only trigger enhancement that I have done is by way of hard use and repetition. The trigger components have refined one another simply by the thousands of rounds of 9mm ammunition that’ve been fired through the gun.

I teach a lot of classes – from the novice shooter and the new police academy recruit, to the veteran SWAT officer and experienced competition shooter. Not only do I compete with the gun I carry, I teach with the same. Why, you may ask? Well, it’s simple, because there are so many advantages to competing with your carry gun.

I have thoroughly enjoyed attending Pat McNamara’s TAPS classes; his energy, shooting skill, experience and sarcastic sense of humor (at times) make him a great instructor. “Mac” brought to the forefront the reflection of the “overused axiom” of “train like you fight.”  Understanding the history and actual concept behind this mantra still holds a lot of merit and is certainly applicable in the arena of competing with your carry gun.

The consistent use of your daily carry handgun in competition will pay dividends if you ever have to use your handgun in “real life.”

Anyone who competes regularly has done thousands of under-pressure first shot draws. This repetition, which is done on every stage of a match, assists the daily carrier’s tendons, bones and muscles in learning the precise angle the wrists need to be aligned for consistent, repeatable, proper sight alignment during a draw or presentation of the gun.

It’s a known fact that different handguns have different grip angles. This angle needs to be “learned” to the point where the draw is a reflective action. Much like shooting baskets in basketball, the mind integrated with the body, learns how much input, angle of release and arch needs to be applied to make the ball go into the bucket. This can only happen through repetition.

The draw is no different, and that grip angle is one of the reasons I like the XD-M so much. The different-sized replaceable grip inserts allow a custom fit to the shooter’s hand. The XD-M grip angle is also very similar to my other favorite carry gun, my Springfield 1911.

Each model of the wide variety of available handguns has a different, even if ever so slight, recoil impulse or timing. This feel and response also varies with different ammunition, even in the same caliber.

Shooting my XD-M carry gun in competition helps me better understand the timing of my handgun. Acquiring the recoil/timing knowledge and experience of my defensive handgun enables me to shoot faster and more accurately. #BecomeOneWithTheGun

Shooting often in a competition setting – training– with the gun you may have to use in a lethal force encounter – defending lives– can only benefit you and those you protect and care about the most.

Most competition shooters eventually modify their firearms and/or end up purchasing brand new highly-customized guns for the sport. #ChaChing

My XD-M is the standard 4.5 inch 9mm model — again, it’s the handgun I compete with, as well as my basic duty/daily carry firearm. This particular Springfield has performed these multiple functions for me for almost a decade. During this time, I have spent little money to modify the gun. With the simple addition of grip tape and fiber optic sights, my cost to customize has been kept to a minimum.

USPSA Production and IDPA Stock Service Pistol divisions have been a perfect fit for me and my 9mm XD-M. The gun has served me extremely well, at a very cost-effective price point and I have no doubt it will continue to do so for many more years — in both competition and defensive roles.

Let me ask you a couple of questions:

Within 20 rounds or so, I can tell you exactly how many rounds I have fired through my daily carry XD-M in the last month.

On the date of writing this article, I shot a 5-stage USPSA club match in northern Arizona. It had hit 105 degrees in the Phoenix area and summer had just started, so getting out of the excessive heat, if only for a day, was welcomed.

As with most USPSA matches, there were some very technical shots:

Everyone who shot the match was tested in a variety of situations, and all of this was done under the time and pressure of the clock. There are few better tests you will encounter with your daily carry firearm that require the variety of skills that matches offer.

Want to further test your carry firearm? Want to have complete confidence in your personal defense/carry gun? Make the commitment to shoot it consistently at your local matches.

Any instructor worth their salt will always demonstrate the drills that they require of their students. And it brings even more credibility when these same demonstrations are done with a firearm that is similar to what the majority of the students are using or carrying.

The students will not only respect that you are shooting with them, but it’s almost more important that you are doing it with the same type of firearm, a firearm that they are also using and/or carrying for everyday personal defense.

To date, I have never regretted my decision to compete with my EDC/Duty pistols. My Springfield 9mm XD-M is still one of my favorite multi-use tools with great features:

So compete with what you carry, and rest assured that you will have the advantage at your next match AND every day as you get dressed and walk out your door. 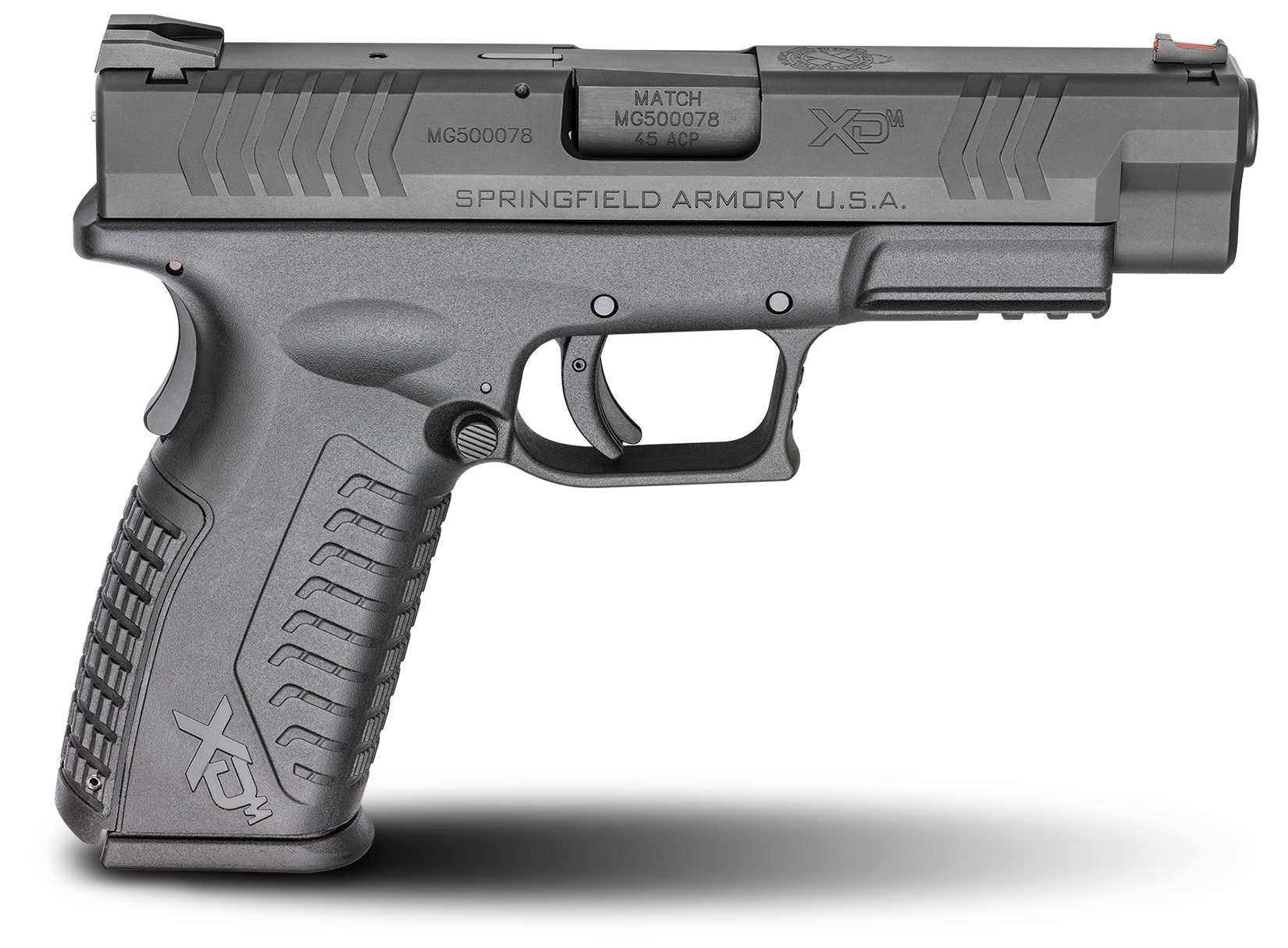 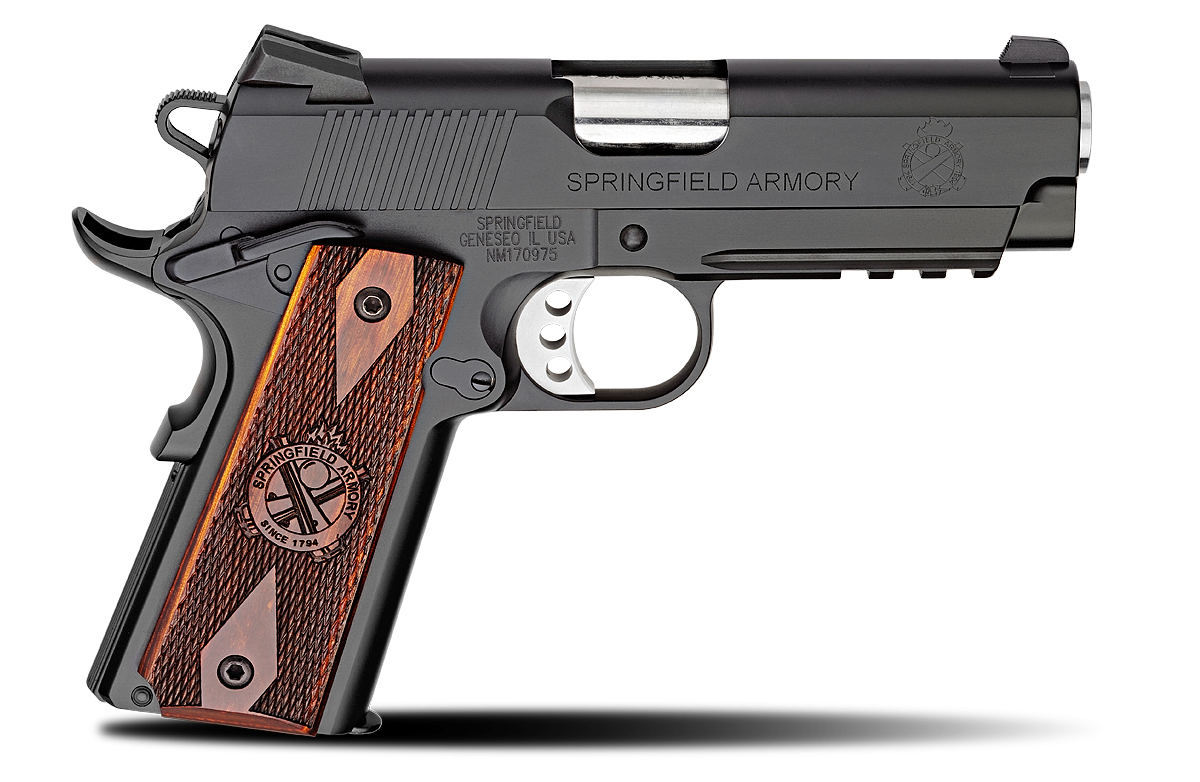 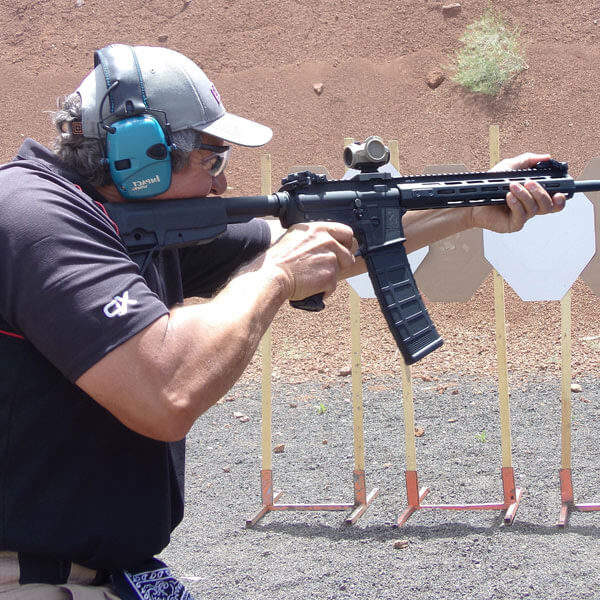