One of the most difficult skills to master when it comes to shooting guns is the ability to take a precise shot after a string of fast shooting. That’s where the William Drill, a variation on the classic Bill Drill, comes into play for serious CCW training.

Hitting a precision target can be difficult enough. When you have to make that tight hit on the tail end of some serious speed the difficulty increases significantly.

The task of making the hit itself isn’t really any harder. Instead, the trouble comes in slowing down your mind and making sure it is in control of your body. Shooting accurately requires attention to detail. When your brain is still going Mach 1, details tend to be ignored. As a result, shots get missed.

I learned this lesson early on shooting USPSA, but it doesn’t matter the context — putting on the brakes is tough. For this reason, I have several drills I use to help me learn, and habituate the application of the balance of speed and precision.

What Is the Bill Drill?

One of those drills I cooked up I called the “William.” The William is named after the traditional Bill Drill.

The Bill Drill is typically shot from the holster at 7 yards. At the start signal, draw and fire six rounds into the high center chest of the target.

Running Bill Drills is great for learning to manage recoil, but the point of the Bill Drill is to run flat out, start to finish. Remember, my goal is to learn to pump the brakes. You can see me running it in the video at the top of the page.

The William Drill helps me do just that. From the holster at 7 yards, at the start signal, draw and fire five shots into the high center chest of the target, then one shot to the head.

The shot to the head is key. I don’t count anything that isn’t in the highest-scoring zone of the head. On a USPSA target only A’s count, on an FBI QIT target, you have to hit the box. I used my Critical Defensive Target, so I’m only counting what is in the “T” of the cranial vault.

I shot the drill with the Springfield Hellcat – a high capacity CCW gun. Because of the capacity of this little pistol I was able to run the drill four times without refilling any magazines. I loaded the included 11-rounder as well as the included spare 13-rounder, giving me 24 total rounds.

When I go to the range, I go to have fun. There is typically also some work to be done, but at the end of the day, my strongest motivation is to improve. For me, it is important to constantly be looking at my weaknesses and determine what I need to do to improve in those areas.

There are tons of drills out there to help you learn to step on the brakes smoothly. Today the “William” Drill was my choice. If you need to learn to slow down when you need to, maybe running this drill could help you.

Whatever you are training, have fun with it and I’ll see you out on the range! 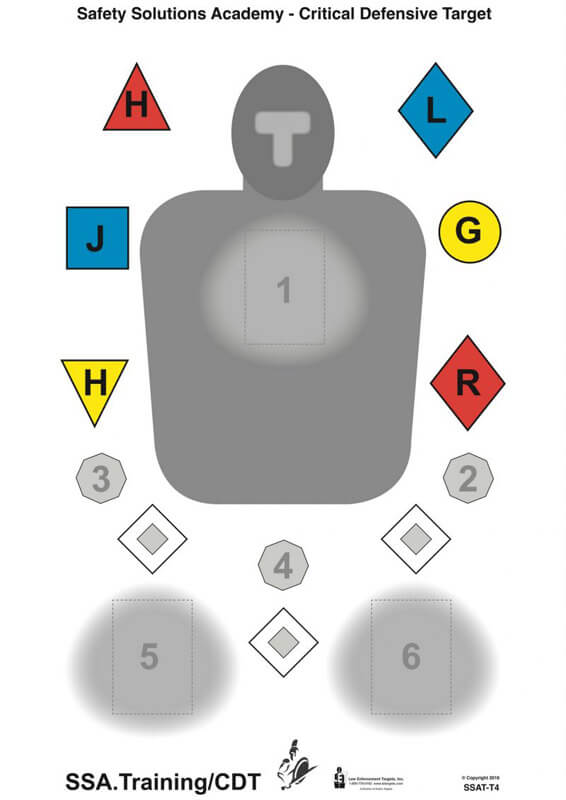 Adaptive Grip Texture: Hang On To That Hellcat!