While it might seem strange at first, it’s not a long stretch to connect the dots from a country off the east coast of Africa, to a Rhodesian mercenary, to a shooting technique, and finally to someone who conceal carries and trains to defend themselves. Two to the body and one to the head is guaranteed to stop a threat. There aren’t a lot of guarantees in a gunfight, but the Failure Drill just might be your best defense in time of need, particularly if you are facing an opponent wearing body armor.

Originally, it was called the Mozambique Drill, but the more current name is Failure Drill. You may have also heard it called the Failure To Stop Drill. Before it was even a drill, it was actual shots fired in a gunfight. Here’s the connection.

This article is featured in Volume 9: EDC Digital Magazine

There was a flurry of unrest in Mozambique. Back in the day when European countries colonized portions of Africa, this area on the east coast of Africa was called Portuguese East Africa. That was in the 1400s and 1500s when Portugal set up trading settlements that evolved into colonies. By the early 20th century, the scramble to colonize Africa was on. Belgium, Germany, France, Italy, Spain, England and Portugal thought they had free rein over Africa.

What these European countries didn’t factor in was the determination of the African people. From the beginning, Africa’s indigenous people resisted. Portugal said it supported the Mozambique people and designated it an overseas territory in the 1950s in lieu of calling it a colony, but it was still a colony no matter how Portugal presented it. Portugal still maintained strong control over Mozambique.

By September 1964, things began to change. Guerrilla forces of the Mozambique Liberation Front (or FRELIMO) became embroiled in a war of independence with Portugal. FRELIMO attacked targets in typical guerrilla-style warfare and, like other small insurgent forces, they made full use of hit and run tactics, their knowledge of the terrain, and used the monsoon season to their advantage.

So how does a Rhodesian mercenary figure into the story? Africa has always offered employment opportunities to those with certain skills. Ex-military wanting to ply their tactical handiwork in return for treasure were welcomed to Mozambique to help the Portuguese military. One such soldier of fortune was Mike Rousseau. The Portuguese forces collaborated with Rhodesia — which had experience from the Bush War in the early 1960s — to create special forces teams to deal with FRELIMO.

The reality of the war confronted Rousseau at the airport in Lourenço Marques, which has been called Maputo since 1976. It’s a port city in southern Mozambique where it can be hot with humidity over 80 percent. You sweat just standing still.

So, as the story goes, Rousseau was involved in a firefight at the airport. Guerrilla fighters were swarming the airport and Rousseau turned a corner and nearly bumped into a FRELIMO fighter wielding an AK-47. Rousseau had a pistol. You fight with what you have, and at about ten paces (or five yards) Rousseau fired two 9mm rounds into the fighter’s chest.

One would figure two slugs to the chest would drop the enemy fighter, but no. Remember that 9mm ammo circa late 1960s and late 1970s was marginally better than 9mm ammo from WWII. Semi-automatic pistols in those days relied on FMJ bullets so the pistol would function properly. Flat nose bullets and hollow points were not in widespread use, so those FMJs from Rousseau’s HP35 must have passed right through the fighter.

If I were to guess, I would say Rousseau’s ammo was a 115-grain with a muzzle velocity of 1,200 fps. I imagine Rousseau had a moment of shock and then quickly decided to end it with a headshot. His third shot was low, taking out the fighter’s neck and spinal cord. Not exactly a headshot, but the situation was terminated.

From Battle To Training

Rousseau told his harrowing story to Jeff Cooper, who thought that it made a darn good defensive shooting drill. As you know, Cooper founded Gunsite Academy and preached his tactical gospel of the modern technique. Rousseau’s exploit turned into the Failure Drill and was included in the Academy’s curriculum starting in the late 1970s. Two to the body and one to the head became the mantra.

What the drill emphasizes is shot placement and the ability of the defender to end the deadly encounter quickly. The most effective way is two easy shots to the attacker’s center of mass, then assess the target. If the target is still advancing and active, apply a third, more surgical shot to the head to shut down the threat.

In the 1980s, the Los Angeles Police Department began teaching the drill but renamed it the more politically correct Failure Drill. I prefer the original name, but what’s in a name? Failure in a gunfight is not an option. Now you understand the history and background as well as the importance of the Failure Drill. Two to the body, one to the head.

This article is featured in Volume 9: EDC Digital Magazine 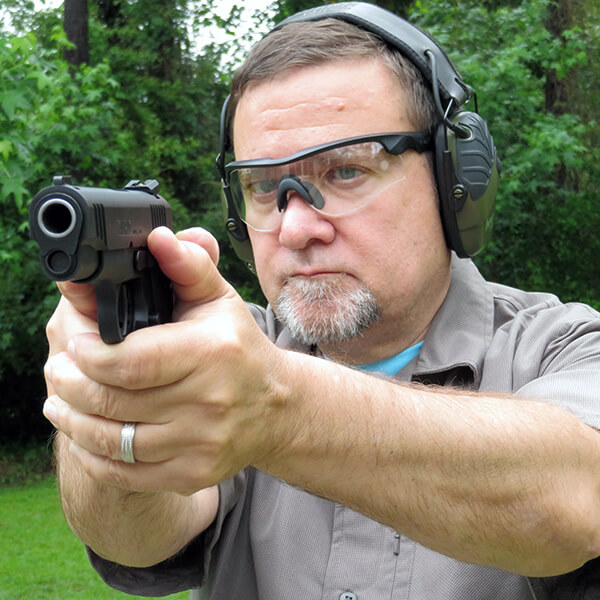