He would soon be booked to show off his skills, tapped to design belts, gun grips and holsters, and work with fellow gunslingers to come up with new and more powerful rounds for law enforcement. He also found time to write books, including the one we are discussing today, No Second Place Winner.

I have to say the first chapter of this book can be skipped, but you’d be remiss in doing so if you ask me. Bill Jordan admits in the chapter he was being forced to thicken the book up by adding in humorous stories. He does tell a few yarns I’m hoping were written mostly in jest, but there are some great stories in there. Past that first chapter, Bill claims he will no longer write just to thicken the book up.

The first couple of chapters are victims of the book’s time period. They are all about big revolvers and leather holsters and how a lawman should go about finding both. There is talk of revolver grips, and leather gun belts, and a lot of other information that’s no longer viable for most shooters. However, it’s interesting enough to read and explore it from a historical perspective.

The Chapter on “Fast Draw” is where the books picks up. It’s interesting information, especially since Bill Jordan could draw and hit targets the size of ping pong balls in less than half a second. His advice is simple, and he lays out four cardinal points to be a successful fast draw.

It’s simple and elegant, and Bill was quite fast when it came to getting a gun out and on target. He goes on to explain in depth each point, and his dry wit and style of writing is immensely enjoyable. Bill’s style of fast draw shooting is always from the hip.

He gets his speed from being able to engage before the gun is fully presented. This is a bit different than modern training in which we always emphasize using the sights. Bill’s technique is designed for a close quarter’s situation and in some ways isn’t much different than retention-position firing. While shooting from the hip is typically an inaccurate way to shoot, Bill was an expert at it. There is also something to be said for close quarter’s shooting on a human-sized target.

After this we go into choosing a weapon and load for it, as well as practice loads. Predictably considering his era, Mr. Jordan does not like automatics for police use and he actually makes a point when it comes to ammo of the time. Revolvers could shoot soft pointed rounds which could expand and be more effective. Unlike today, there were no modern defensive rounds for automatics.

Mr. Jordan goes heavily into choosing a revolver and talks calibers as well as practice loads. Again, this information isn’t very handy for modern shooters but Bill’s writing style is entertaining. If you like history, you’ll enjoy this portion of the book. It gives a rare look into the thinking behind certain loads and guns.

I think this chapter would have fit better after the fast drawing chapter. Here Jordan breaks down hip shooting as a zero to three yards range. From three to seven yards he talks about quickly getting the gun up and aiming with a single hand, and at seven to 15 yards he advises to use both hands but is still positioning the gun at hip height.

It’s not until you get to beyond 15 yards that Bill suggests using the sights. This is a bit different than the techniques we use these days, but I wanted to give them a spin and filmed the above video using these techniques at the appropriate ranges.

It’s easy to argue that these techniques are outdated and that getting off the X and behind cover is more important than standing still and fast drawing. This book was written in the 1960s and lessons have been turned and tactics have changed. However, it’s still worth reading. Researching the old ways will help you understand why the new ways evolved.

Also, Bill has a dry wit and his writing style is enjoyable. He can spin a yarn and keep you hooked the whole time. It’s an interesting read from a man who has been there and done that. Check it out. I think you might enjoy it. 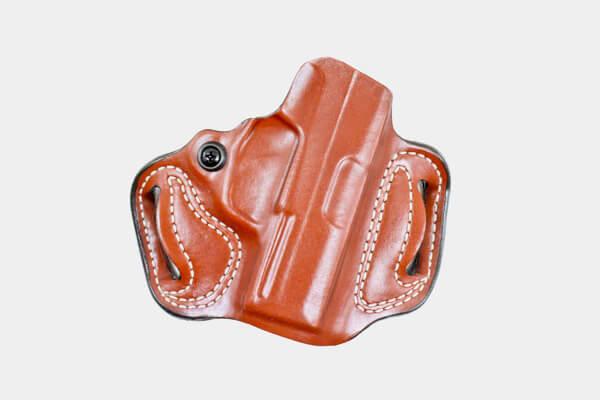