The Armory Life is proud to announce the introduction of the Cantius Award, created to honor the top contributor of the previous year. Criteria for the selection are based on a wide range of considerations, including (but not limited to) volume of content created, consistency of content quality, support for new project launches, and more.

After careful consideration, Paul Carlson of Safety Solutions Academy has been selected as the winner of the inaugural Cantius Award for 2021.

Etymology of an Award

For those that might be curious as to the selection of this award’s name, it was chosen due to its connection to the foundational history of one of America’s most iconic firearms — the M1A rifle.

Cantius refers to the middle name of no less than John C. Garand, creator of the iconic M1 Garand rifle. The M1 Garand proved itself in battle throughout World War II and even into the Cold War beyond. In addition, the M1 Garand provided the foundation for the development of the M14 rifle, with the latter carrying on the tradition of the M1 Garand and adapting the design for the future needs of the U.S. Military.

While the M1 Garand-based M14’s official role as the primary service rifle of the U.S. Military would be short, it would spawn the birth of the semi-auto M1A rifle inspired by the M14 and produced by Geneseo, Illinois’ Springfield Armory (to learn more about that story, click here). And the original M14 would continue to serve in specialized military roles, even through to today.

Anatomy of the Selection

While the first Cantius Award represents the year 2021, our selected winner has been with The Armory Life for much longer than that. For those not familiar with Carlson’s background, he is the owner and founder of Safety Solutions Academy, LLC, a destination for defensive firearms training and personal security education. Through Safety Solutions Academy, Paul teaches a variety of critical defensive skill courses in more than a dozen states, annually.

While Carlson’s contributions to the growth and success of The Armory Life since its earliest days are numerous and varied, his selection as the inaugural Cantius Award winner was based on his role in the launch of the first issue of The Armory Life print magazine. From writing the cover story to providing a significant number of articles for that issue, Carlson was integral to the creation and success of that first issue.

Beyond his work in the print magazine and its role in his selection as our inaugural award winner, Carlson has also been an important contributor to the website. In addition to covering important new Springfield Armory product launches (like the launch of the Hellcat RDP and HEX Optics line of red dot optics), Carlson also has taken on some serious “torture test” projects like those on the Hellcat and the HEX Wasp.

“I am honored to be awarded the inaugural Cantius Award as the 2021 Contributor of the Year for The Armory Life,” said Paul Carlson. “To be seen as a standout among the group of accomplished contributors The Armory Life has assembled means a lot to me, and it is sincerely appreciated.”

“One of my favorite aspects of the award is the jacket. Yes, it is definitely a conversation starter when I wear it. But at the same time, it serves as a symbol of what it means to live The Armory Life,” explained Carlson. “The Armory Life team are ardent professionals, but they also know how to have a good time. I appreciate the energy they invested in creating the Cantius Award, and the spirit in which it was given.”

Our congratulations to Paul Carlson for his selection as our first Cantius Award winner. While obviously, we had some fun with the jacket, we want to reiterate how impressed we are by all of his hard work in both the digital and print mediums of The Armory Life, and how important a part of the success of The Armory Life up to this point he has been. We look forward to seeing more of his work in the coming weeks, months and years. 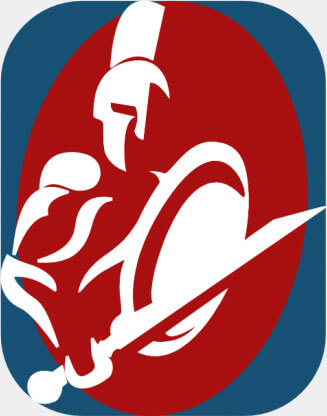 5.56 vs. Drywall: Is Your Home Defense Gun Dangerous?