What Are the Vintage Military Rifle Games?

So, you bought a vintage military bolt action rifle on the cheap and picked up enough mil-surp ammo to last through the next post-asteroid apocalypse. You’ve put some rounds through it at the range and had some fun plinking at tin cans. Now what? Lean it in a closet corner and forget it? Hang it on a wall to collect dust?

No! Now you take it down to your local club range and join in on the fun and camaraderie of Vintage Military Rifle games! Why? It’s a not-scary/serious/expensive pursuit, like some rifle matches, but it will get you out to the range with like-minded people to enjoy some level-playing-field competition with historic military rifles.

A Vintage Military Rifle match is a competition in which shooters use only “as-issued” vintage military rifles. The matches are governed by the rules created by the Civilian Marksmanship Program (CMP).

One of the key factors in the rifle is that it must be in “as-issued” condition, meaning it can have no modifications intended to make it more accurate. Picture any magazine-fed foreign bolt-action military surplus rifle as handed to an infantryman since about 1888, and you’re right on.

Some of the most commonly seen rifles at VMR matches include the cosmopolitan k98 Mauser; Mosin-Nagant M91/30 and M44; Swiss K31; Swedish Mausers M96 and M38; Enfield No.1 and No.4; and the American M1917 “Enfield.” We also see Krags and the occasional Arisaka or Carcano. Sometimes an aficionado will bring out something more esoteric, like a Swiss Schmidt-Rubin 1896/11 long rifle.

If one of these is your rifle, all you need now is 35 to 55 rounds of ammo to go compete. If you want to shoot better scores, a few accessories mentioned below will help, of course.

The “as-issued” aspect makes VMR matches more of a game than a serious competition. The “as-issued” rule means the game is a level playing field based on individual skill, not on how much one spent on creating an uber-accurate rifle. When everyone must shoot rifles lacking any accuracy tricks (“accurizing”) built into them, personal skill becomes the emphasis. Because the maximum distance from the 18″ bullseye target is only 200 yards (and there are 100-yard targets for smaller club ranges), you don’t need wind doping superpowers to be competitive, either.

And if ego is an issue, well, these old battle rifles were typically built to shoot only 4 or maybe 3 MOA with military ammo; no one is going to be punching itty-bitty groups. Just keeping all the shots in the 9″ black area of the bullseye target is an achievement, and even that often requires the use of match grade ammo or careful handloads.

There’s one very awesome rifle missing from the VMR list, the U.S. M1903/M1903A3 Springfield. These Springfields’ rear sights, adjustable for windage, makes them superior to the foreigners for “As-Issued” competition because the latter universally lack such adjustment, so the ’03s compete in their own classification.

The accompanying table below explains the classification system; for the moment understand that the game is actually called the “As-Issued Military Rifle Match,” that “Vintage Military Rifles” are the foreign bolt-action rifle classification, and that rifles compete only against rifles in their same classification. There’s also a Vintage Military Sniper Rifle two-man team match fired at 300 and 600 yards, which brings out M1903A4s and M1941s, M1Cs and M1Ds, as well as scoped Mosin-Nagants and Mausers.

Also know that the rules state the M1941 Johnson Rifle and the M1 Carbine are eligible to shoot wherever the M1 Garand is eligible. The caveat here is that, because it fires essentially a pistol cartridge that cannot compete accurately at 200 yards, the M1 Carbine is fired only at 100 yards in CMP games.

Course of fire for all rifle classifications is the same, with all shooting being done at either 200 or 100 yards, and either 30 or 50 shots for score. Shooters first shoot five non-scoring “sighters” to get their dope, then fire timed stages of offhand (standing), rapid fire sitting and slow fire prone — 50-round matches add a rapid fire prone stage.

The rapid fire stages require firing five rounds, then reloading the magazine with five rounds and firing those, all within 70 or 80 seconds. Obviously then, chargers or stripper clips for rapid reloading are an important accessory. You’ll shoot more comfortably with a mat or piece of carpet to lie on; a sling and a glove for your support hand will help, too.

You’ll learn a few more comforts and aids to better shooting when you attend your first match. You’ll find everyone there helpful and full of friendly advice and information.

Shooting VMR games is kind of like participating in living history that’s affordable to all of us. There is no other endeavor in which you and I can own a museum piece, a genuine working piece of history in our hands, and gather with others with similar interests to have some fun together. 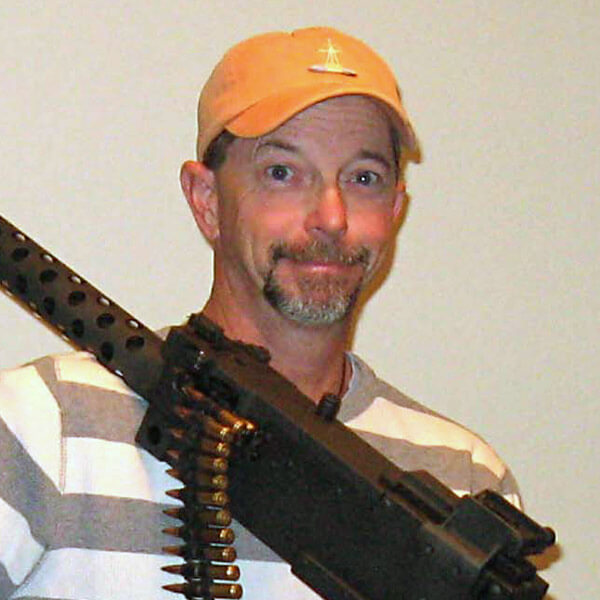 Art Merrill has been shooting and collecting military rifles since the 1980s. An NRA Field Editor, he retired from a military career and now writes from his home in Arizona.