What Is an AR Pistol?

AR pistols are undeniably sultry, exotic-looking beasties that bring some unique capabilities to the table. Though understanding the complicated world of short-barreled rifles versus handguns with “pistol stabilizing braces” may seem overwhelming, it’s more understandable than you may think. Let’s dive into the details here and see if we can add some clarity.

It has been said that ours is the second worst legal system on the planet. It is simply that everybody else ties for first. The U.S. system of laws is indeed a labyrinthine convoluted beast. However, distilled to its essence all government regulations orbit around definitions.

From the ATF website: The United States Code is the codification by subject matter of the general and permanent laws of the United States. It is divided by broad subjects into 53 titles and published by the Office of the Law Revision Counsel of the U.S. House of Representatives. The U.S. Code was first published in 1926. The next main edition was published in 1934, and subsequent main editions have been published every six years since 1934.

Trust me, it’s complicated. However, the U.S. Code defines exactly what is meant by the terms firearm, rifle, pistol, etc. If you cannot accurately define something, you cannot reasonably throw somebody in jail for doing something wrong with it. At least that’s the theory.

Regulating the firearms world provides the federal government with some unique challenges. Overlook for a moment that those who contrive these regulations most typically haven’t a clue regarding the particulars of what they are legislating. It falls to those at the BATF to translate this impassioned congressional screed into something that is actually enforceable. Here are the pertinent definitions, pirated from their website:

A “handgun” is any firearm which has a short stock and is designed to be held and fired by the use of a single hand.

That would be the likes of the Hellcat, XD-M Elite or Ronin.

The only time I would ever fire a handgun one-handed is if my other hand was unusable, but these definitions were crafted in a previous era. The system is so breathtakingly cumbersome that these terms are difficult to adapt to fit to current times. However, that has resulted in some unique firearm options available to shooters today.

The National Firearms Act (NFA) of 1934 was passed in response to the scourge of the motorized bandit. Then as now, opportunistic legislators never let a crisis go to waste. As such, the well-publicized adventures of Bonnie and Clyde, John Dillinger, Pretty Boy Floyd and similar ilk provided the catalyst to allow Congress to pass sweeping gun control legislation.

After the 1934 NFA, the commerce in machineguns, silencers, and destructive devices became heavily regulated. The NFA also governed such stuff as short-barreled rifles and shotguns.

The 1934 NFA established that a rifle had to have a minimum barrel length of at least 16″. The limit for shotguns was set at 18″. Handguns had no such lower limits.

A fun fact is that the original language of the 1934 NFA lumped handguns in with automatic weapons and rocket launchers for registration for the then stately sum of $200 as a transfer tax. The dicta concerning short-barreled rifles and shotguns were included solely in the expectation that put-upon Americans would inevitably cut down their long guns in response to create handguns. Handguns were dropped prior to passage, and nobody thought to remove the short-barreled stuff.

That’s the reason you can buy a pocket pistol like a Hellcat with minimal fuss yet cutting a shotgun barrel down to 17″ is good for ten years in the big house. It was simply an administrative oversight. Yes, that is as stupid as it sounds.

Back to the Present

Given this foundation, we Information Age gun nerds can purchase our favorite AR-platform firearm (or other long gun-based designs) that is manufactured strictly as a pistol and foregoes the stock, and voilà — the minimum barrel length limitations no longer apply.

Eschew the stock and this 6-lb. gun is now designed to be fired with one hand and becomes a pistol, albeit the big-boned chubby sort. Building on this foundation, a military veteran named Alex Bosco (founder and CEO of SB Tactical) invented the “Stabilizing Brace” and changed absolutely everything for these fascinating firearms.

I’ve not had the pleasure of meeting Alex myself, but that guy clearly enjoys an Edison-grade mind. The legend goes that Alex observed a disabled vet struggling to manage a gun and bodged together a device that would help stabilize a weapon for one-armed shooters. He submitted the thing to the BATF Firearms Technology Branch, and they agreed that its inclusion did not change the gun’s innate pistol status.

As frustrating as American firearms law can be, it is still hugely better than the alternative. Mexico, as an example, has but a single legal gun shop for the entire country, yet their murder rate is three times higher than that of Afghanistan (no kidding — 24.8 versus 7.1 per 100,000 people).

One positive end result of all this convoluted regulatory minutiae is the extensive line of Springfield Armory SAINT pistols. These include the SAINT Pistol in 5.56; the SAINT Victor Pistol in 5.56, .300 BLK and even .308 Win.; and the SAINT Edge line, including the exciting new PDW and EVAC models. God bless America. 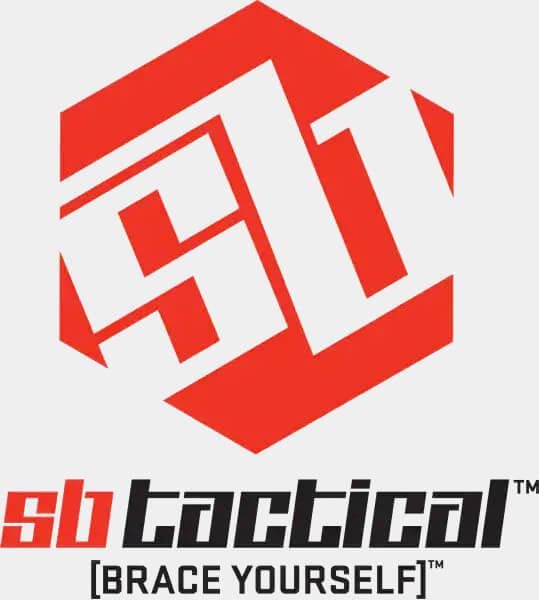